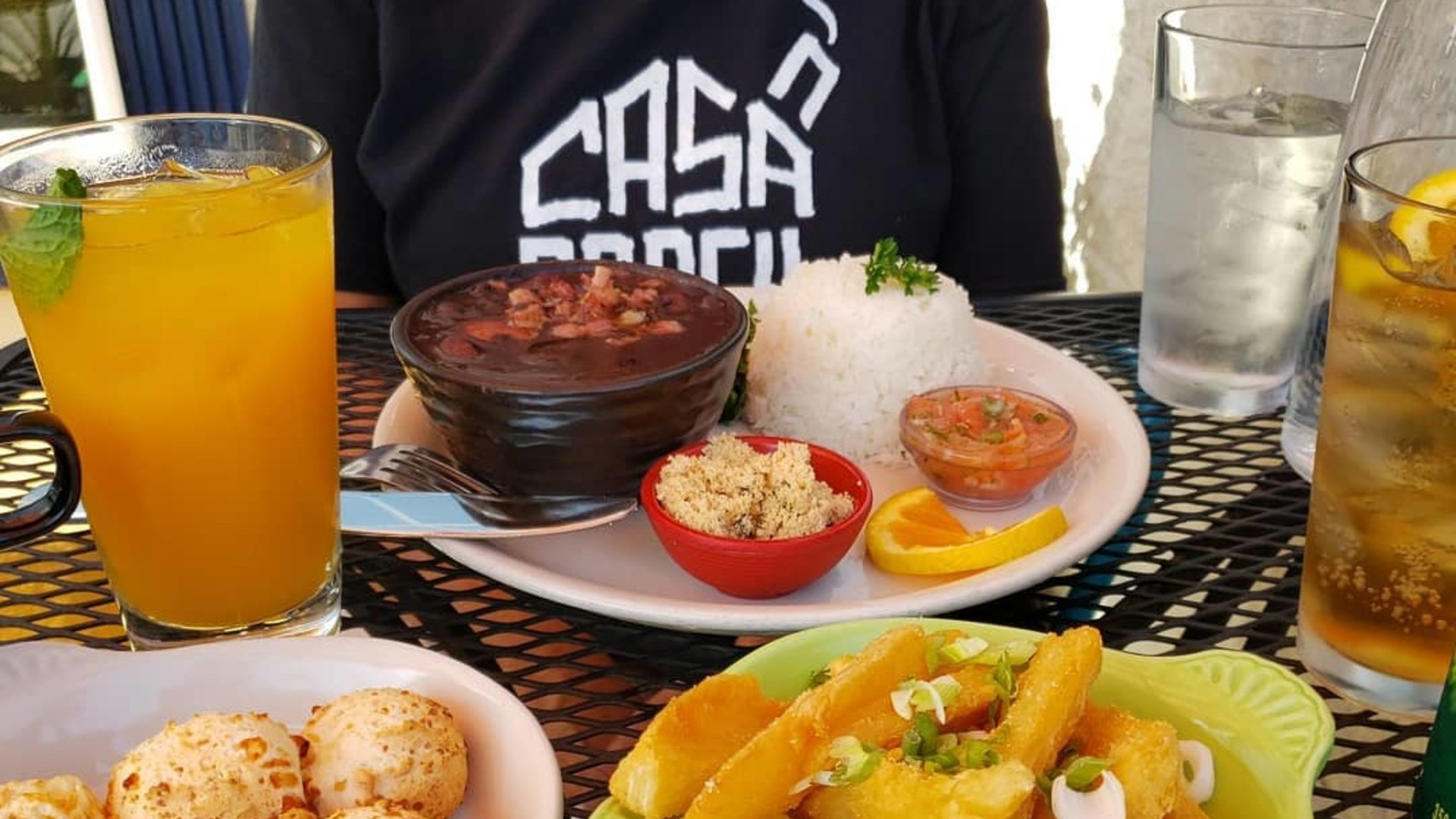 Casa Brasil is the first restaurant to serve Brazilian home-style cooking in Pittsburgh. Founded in September 2018 as a result of a business partnership between Head Chef Keyla Nogueira Cook and General Manager Timothy Guthrie, customers have the option of dining in, takeout, and catering services for delivery or in-house in our event space.

We are looking to borrow to obtain a liquor license and any other associated expenses to operate the bar located in the lower level of Casa Brasil.

As the purposes of this loan is to purchase a Pennsylvania liquor license, employees of Casa Brasil (or any another PA distiller), will be prohibited from investing. Investors in this note will be asked to sign an affidavit with PA Liquor Control Board and may be asked to interview with the PLCB.

We are raising the money so that we can apply for a liquor license and provide a variety of drinks and beverages to our customers. We want to bring the flavors of Brazil not just through food, but through drinks as well. The funds will help us pay for the license that costs $75K, as well as any legal fees and services priced at $5.5K. The remaining $7K will be used to purchase new bar equipment and $2.5K will be used for marketing purposes.

Transitioning from a BYOB restaurant to a full service restaurant and bar will have an immediate impact on our bottom line.  For the first year of business, Casa Brasil has used an off-site catering license permit paired with certain events that take place a couple of times a month. On average we can expect to make 30% more when an event has alcohol available for purchase. The ability to serve during regular dinner service and weekend brunch will also have immediate positive financial effects. 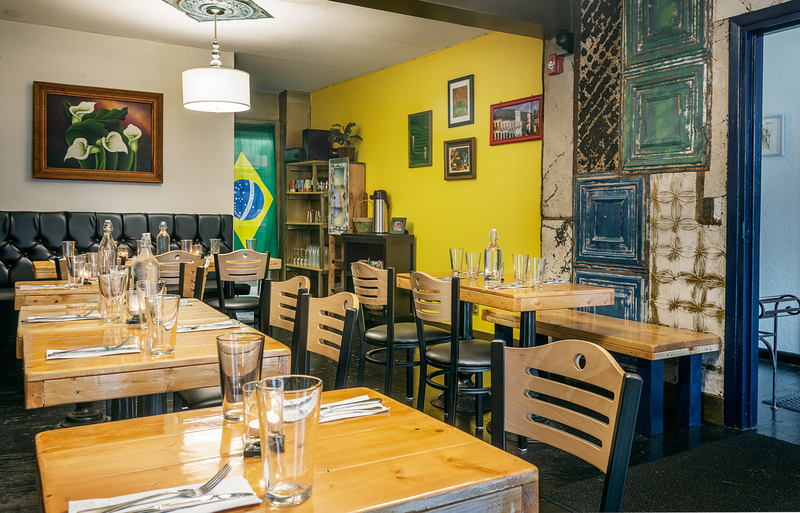 Tim and Keyla met at the first Beleza Party Tim hosted back in March of 2016. Since then the friendship turned into a hosting partnership for parties, and later a business partnership to open Casa Brasil.

Casa Brasil was founded for a few reasons. First, there was a need in Pittsburgh for a different take on Brazilian cuisine––one that focused on home-cooking rather than the traditional steakhouse.

Keyla’s inspiration to open Casa Brasil came from her own experience. After moving to the United States in 2006, she longed to find home-cooked food similar to what she had grown up eating. While Keyla found a certain fulfillment in visiting steakhouses, she felt that other Brazilians – and other Pittsburghers – wished for a different approach to Brazilian cuisine.

Another inspiration for Keyla to keep on cooking authentic Brazilian food was to share a bit of her food culture with her son Amyr. Born in Brazil, Amyr moved to the US as a baby and is able to experience the culture and traditions of his birth country through his mother's cooking.

Chef Keyla had been on the search to have her own restaurant space since her run as a finalist chef for the Smallman Galley in 2017. At the end of 2017, Keyla was introduced to Casa’s current location through Tim, and had a chance to test the kitchen and space through a series of very successful pop-up dinners. In June of 2018, Tim & Keyla were offered the space and the work and efforts to open Casa Brasil began.

As Keyla & Tim had already joined forces promoting Beleza Party – a dance party that celebrates the sounds of Brazil – they decided that it would be appropriate to join forces again to bring Brazilian food and music together under one roof.

Casa Brasil started as a pop-up restaurant, starting our activities with a soft-opening month in September of 2018. On October 8, 2018 we officially opened our doors to the public. We started as a pop-up restaurant for a couple reasons: we were offered a one year lease and this was our way to test our restaurant concept. It was proven successful within the first six months of operation. The Highland Park community embraced our idea and concept, welcoming us to the neighborhood. The community support was crucial for us to establish ourselves as a business and allowed us to renew and extend our 1 year lease to a permanent stay. Our success is due to a combination of the food quality and the service. Check out our reviews on Google, Facebook, and Yelp!

We are proud to call ourselves the first homestyle Brazilian restaurant in Pittsburgh: a home away from home to the Brazilian community who misses the flavors of Brazil. 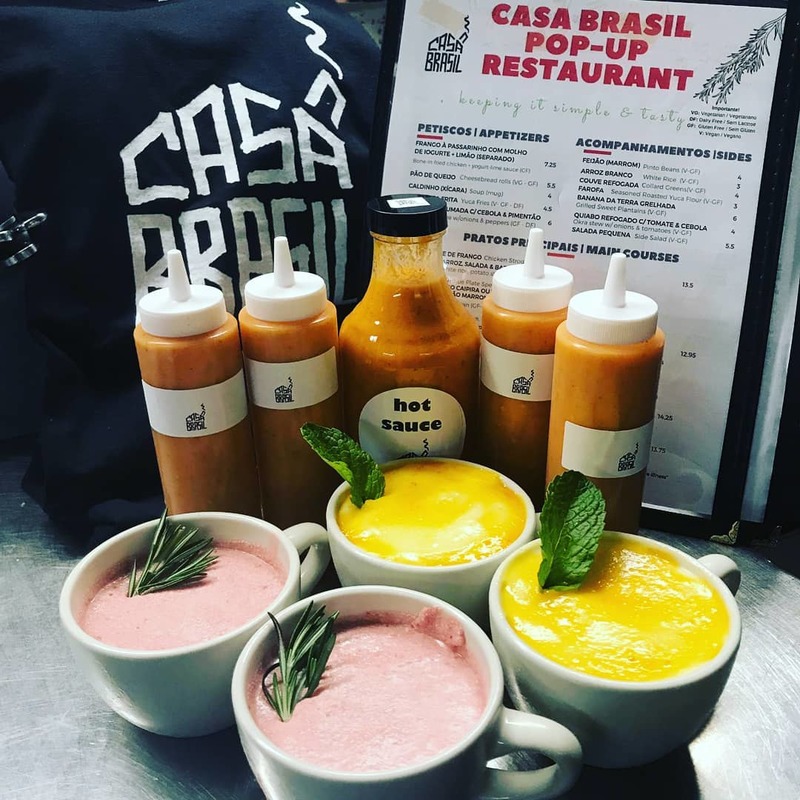 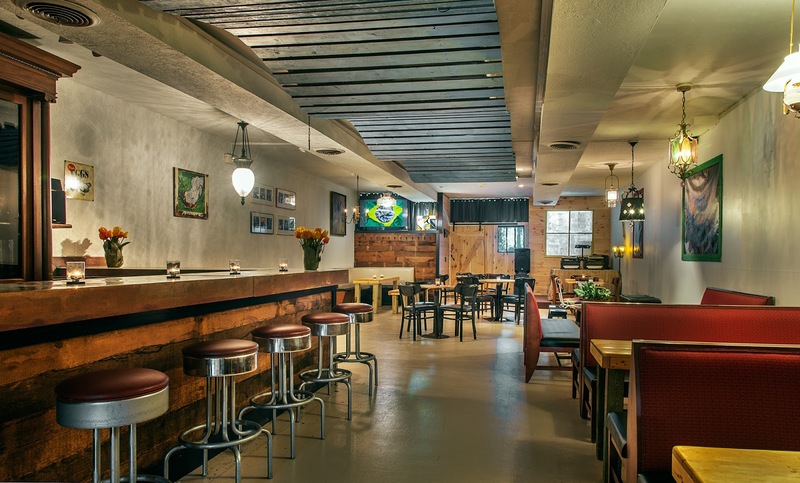 Keyla Nogueira Cook is a mother and  “a chefpreneur” (chef + entrepreneur). Native to Brazil, she has been cooking since she was 7 years old and moved to the US in 2006, settling in Pittsburgh in 2012.  Her childhood played a major role in her gastronomic and business journey, leading her to start her first business in the city in 2014. She started cooking professionally and since then has been sharing the flavors of Brazil with Pittsburgh in many different ways while creating a following by curating private dinners and events, catering and community engagements.

Tim Guthrie is an MC, Producer, DJ and Promoter who was born and raised in the Pittsburgh region. After graduating from Taylor Allderdice High School in 1992 he spent the next decade in the District of Columbia after a brief 3 semester “life defining” stint at Norfolk State University. Upon his return to Pittsburgh in the early 2000’s, Guthrie spent the first few years back getting reacquainted with the music scene of that time. In 2004 he became co-owner of Shadow Lounge and later co-founded Ava Lounge in 2006 in the heart of East Liberty. Here he would begin to understand the  importance of a business that is grounded in the community and for the community. Guthrie celebrated 20 years of DJing this year and continues to provide the area with sounds from around the world, but it was his love for Brazilian music that led him to meet his current business partner Keyla and eventually start this next chapter at Casa Brasil. 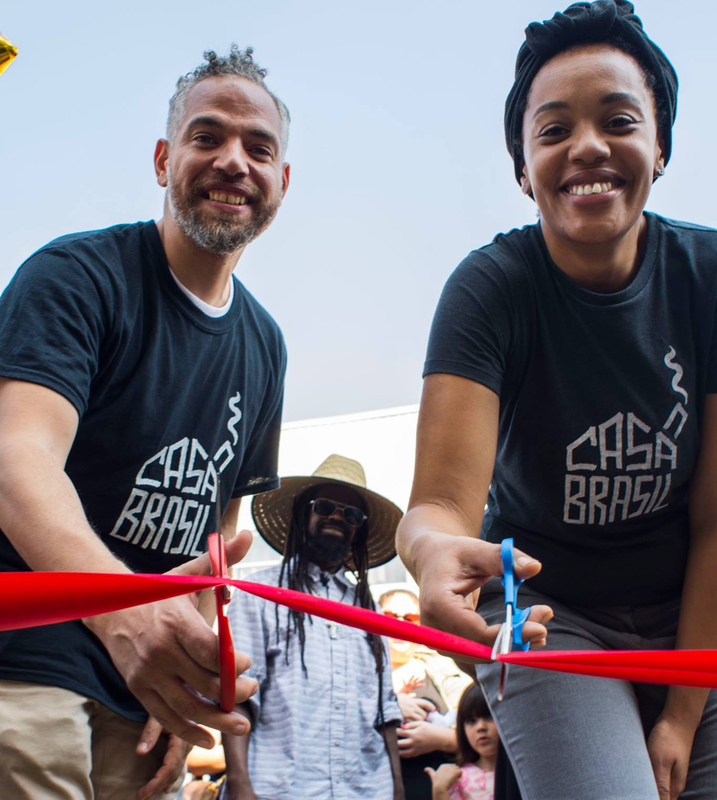 We are proudly located at 5904 Bryant St in the Highland Park neighborhood of Pittsburgh. The first floor contains the main restaurant space with an outdoor patio available for use during warmer months. The lower floor contains the bar area and multi-use event space.

If you choose to invest, you will make a one-time investment via ACH that will be transferred to a secure escrow account. If the campaign successfully reaches its target, the funds will be distributed to Casa Brasil LLC.

*Individual payments may vary slightly based on rounding. Potential repayments include principal and interest, they do not include the one-time fee which is assessed when you make your investment. These amounts are calculated as a fully amortizing loan: principal and interest are paid down starting with the first payment. There are no prepayment penalties and Casa Brasil may pay down their loan early which may impact your earnings potential. Please note, returns are not guaranteed and investors could lose some or all of their investment.

When Casa Brasil pays as agreed, you will receive quarterly payments directly into your bank account. In the event of a default, you will be contacted by the Administrative Agent to manage the collections process on investors' behalf.

Like what you see?  Check out our other campaigns here! Additionally, to cover expenses associated with each investment, Honeycomb charges a 2.85% investment fee capped at $37.25 per investor.

+ Hello! For the balance sheet, is this represent hundreds, or thousands? IE Total Current Assets line item. Is that referring to $90,088 ? Thank you!

Hi David, I hope all is well, so the answer is very simple, the amount you see is in thousands, not tenths of thousands. So you should be reading as $9088. Please let me know if you have any other questions. Keyla, Casa Brasil