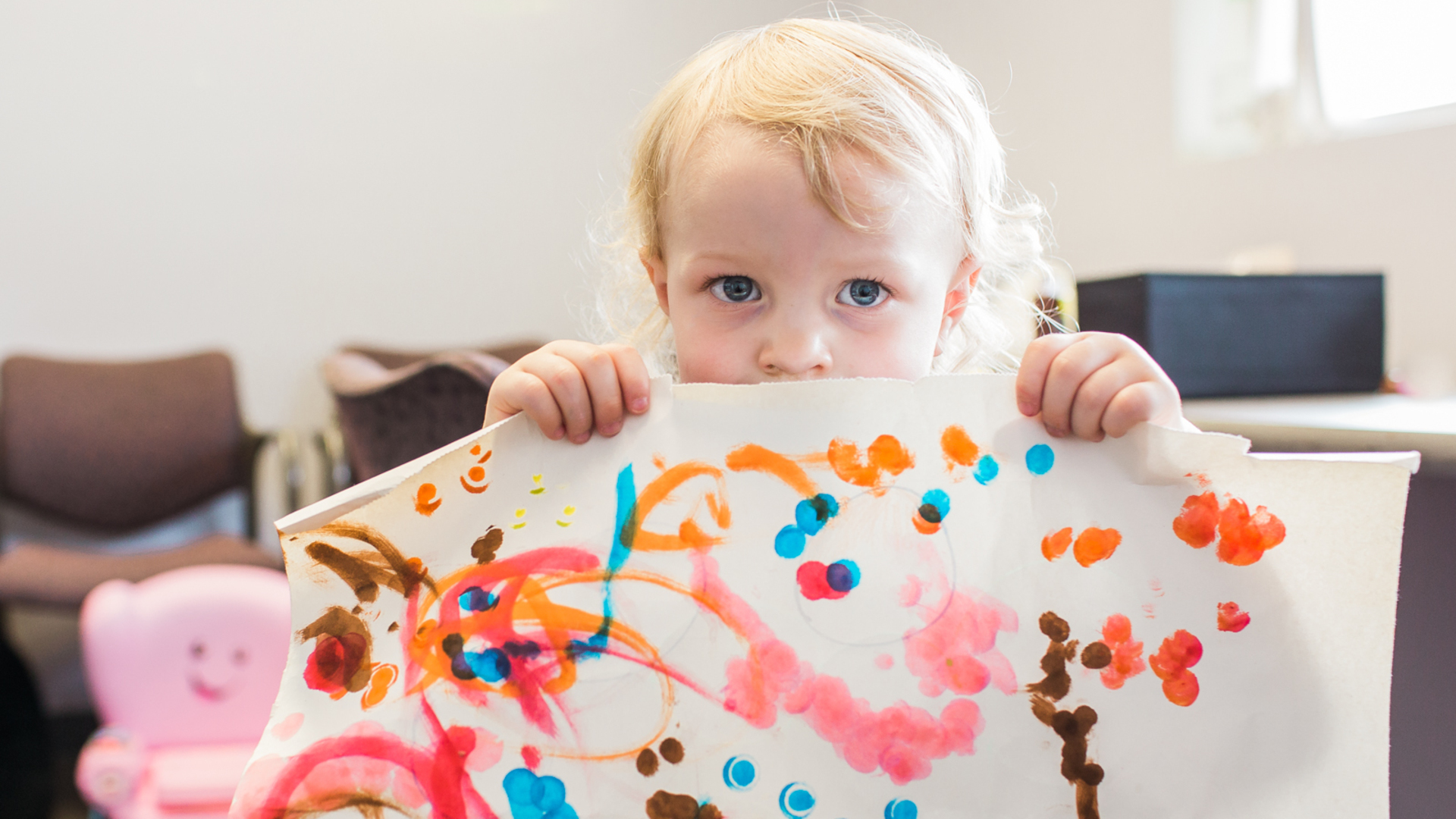 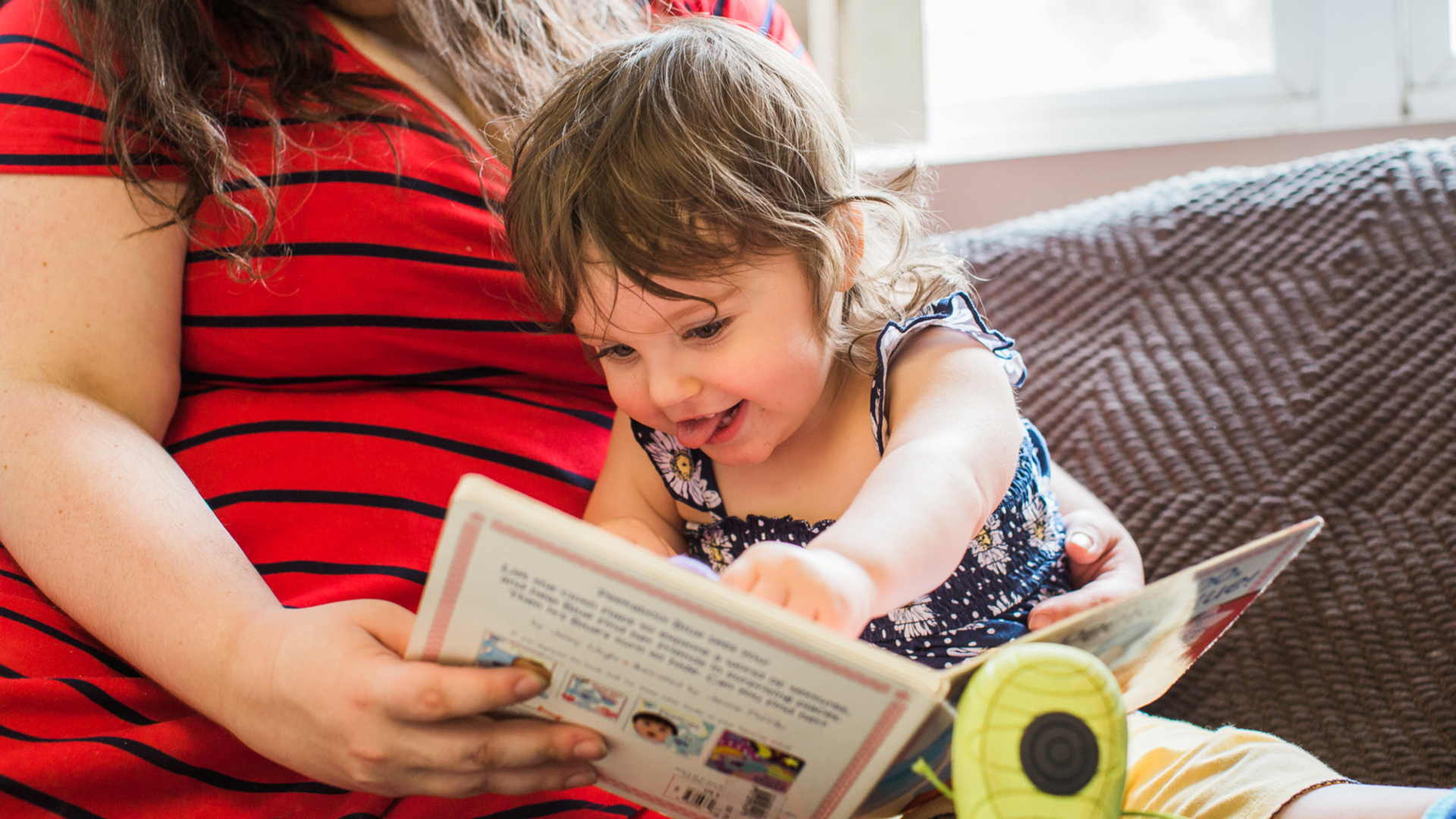 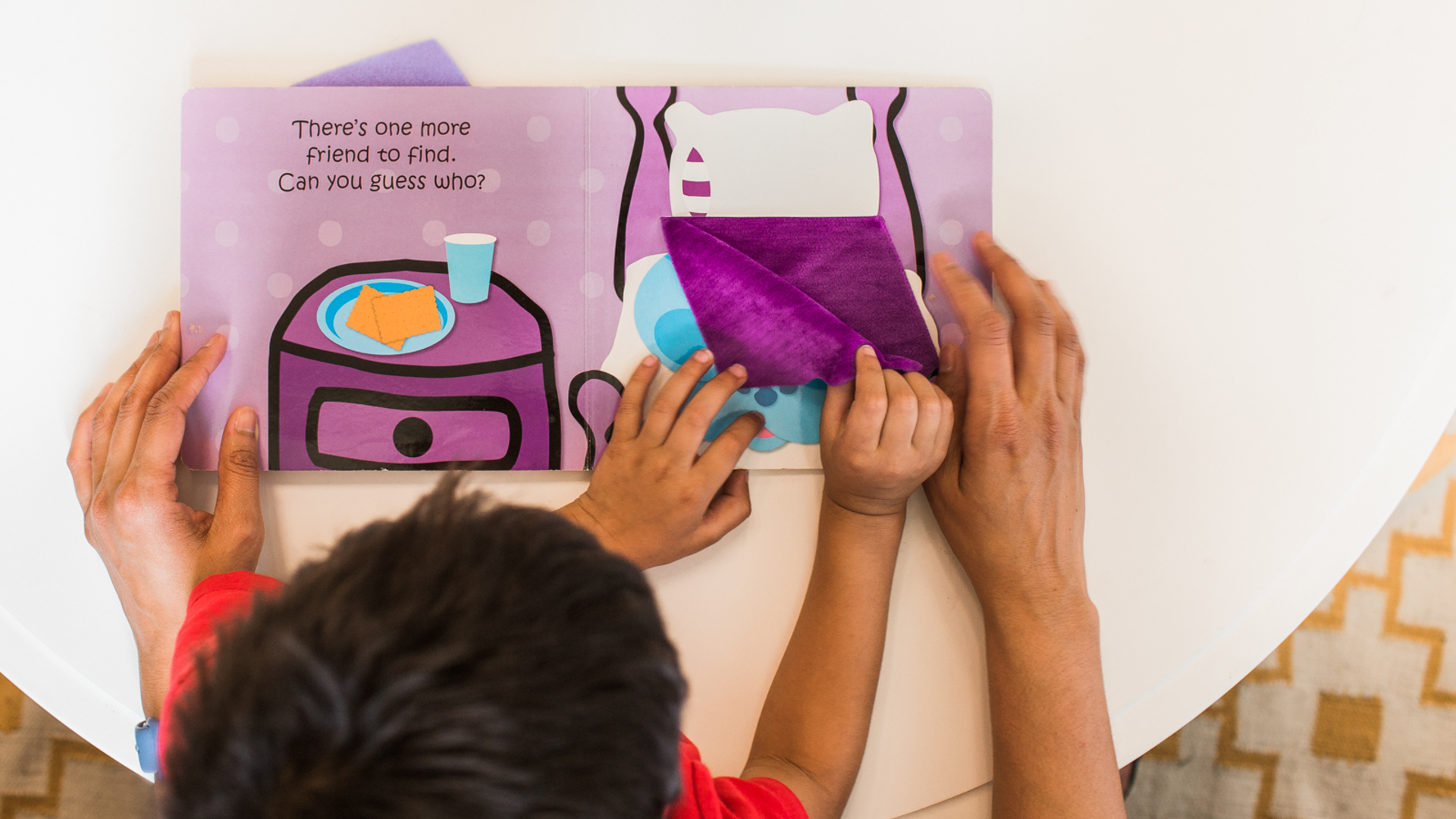 Flexable is transforming the $470B care industry by creating an ecosystem of support, helping women that suddenly find themselves stuck caring for both older parents as well as younger kids. Flexable helps these parents find trustworthy care exactly when and where they need it. Flexable is doing this by creating a platform that more easily connects parents with highly qualified, fully vetted caregivers - enhancing trust, reliability, and access in the gig economy workforce.

Rather than a traditional debt loan, we are the first Honeycomb campaign to seek investments through a Convertable Note!

We are seeking $107,000 in a Convertible Note to develop and scale a stable technology platform that will meet the needs of our growing demand for conferences and events. Anyone age 18 and over can invest.

What is a Convertible Note?

A convertible note is a loan that converts into equity after a future date or event and are commonly used in seed-stage startups where the value of the company cannot be derived explicitly.

The number of shares you may ultimately receive is determined at the next qualified financing event, where more experienced investors are able to value the company.  Therefore, instead of a return in the form of principal plus interest, investors should expect to receive equity in the company.

For more information about the specifics of this particular convertible note, see "Exhibit A" of Flexable's Form C. 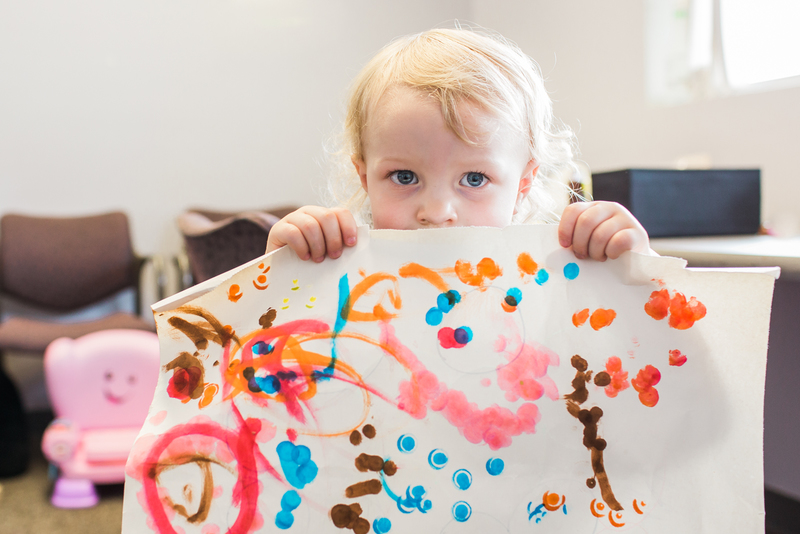 There are more than 44M unpaid caregivers in the US, and more than 80% are women. These  caregiving responsibilities mean that women often miss:

Parents spend $63B on babysitting and out-of-school childcare each year, and another $17B on “back-up care” when the primary childcare option falls through.

Flexable has built a solution that easily connects those that need safe, reliable care with trusted, highly vetted caregivers who have on-demand availability . They are creating an ecosystem of supportive care by first bringing child care to where parents are already. This includes  events, conferences, and work. Flexable began by providing childcare at events because it helps establish trust between parents and caregivers to have care performed at a neutral site, and thus plays an important role in building trust into the caregiving ecosystem. Flexable is  planning to use the data collected from this work to pilot individual care matches between parents and the caregivers they’ve already interacted with at events. 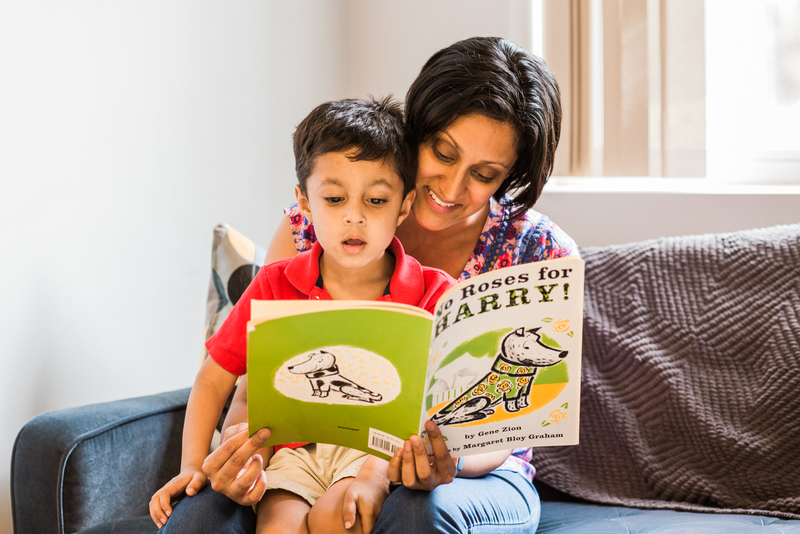 We have had nearly 0% turnover of caregiver staff. For many women, there are few safe opportunities to participate in the gig economy when one needs to make extra income: it may not be safe to drive for Uber, Lyft, or DoorDash, or work in someone’s home for TaskRabbit. Through Flexable, we’re creating a new model for women to pick up on-demand caregiving shifts, and we think this has tremendous potential opportunity as we scale.

Priya Amin and Jessica Strong, co-founders of Flexable, met fortuitously in late 2015.  Both founders were on very similar missions, creating the same concept, but in two different parts of Pittsburgh. Priya was creating a co-working space with drop-in childcare.   She spent several years consulting while providing care for two young children , and was frustrated at her inability to attend client meetings or professional events. She started thinking of ways to make life and work fit better together.  At the same time, Jessica had just launched Whetstone Workgroup, a co-working space with drop-in childcare, on the opposite side of the city! Jessica too had struggled with how to balance her freelancing career with three children. The two moms met for the first time in December of 2015, and - they knew they had to collaborate to create something even bigger. 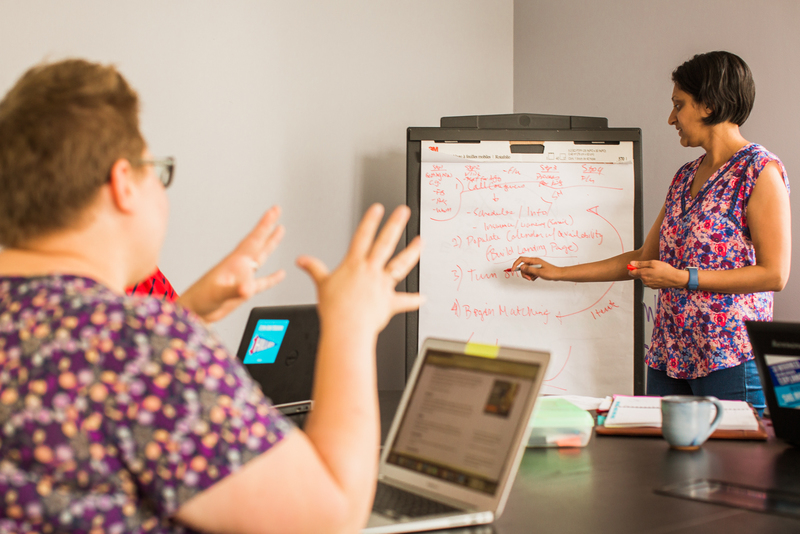 In February of 2016, the first ideas for Flexable were born.  They applied to the AlphaLab Accelerator Program in April of 2016, and were accepted.  They received $50,000 in seed money and began bringing the idea of on-demand, on-location childcare to life.

In the past 3 years, Flexable has become  a nationally recognized company with over 120 strategic partners.  Flexable has helped bring child care to over 1,000 events and our caregivers have watched over 2,500 children.

All of the hard work and traction Flexable has achieved  to date has been done manually by four extremely efficient  women, using only Excel spreadsheets and off-the-shelf platforms, with a front-facing intake form to collect event information.  Flexable is now at a pivotal point where demand is outpacing supply and the need to scale is growing bigger. 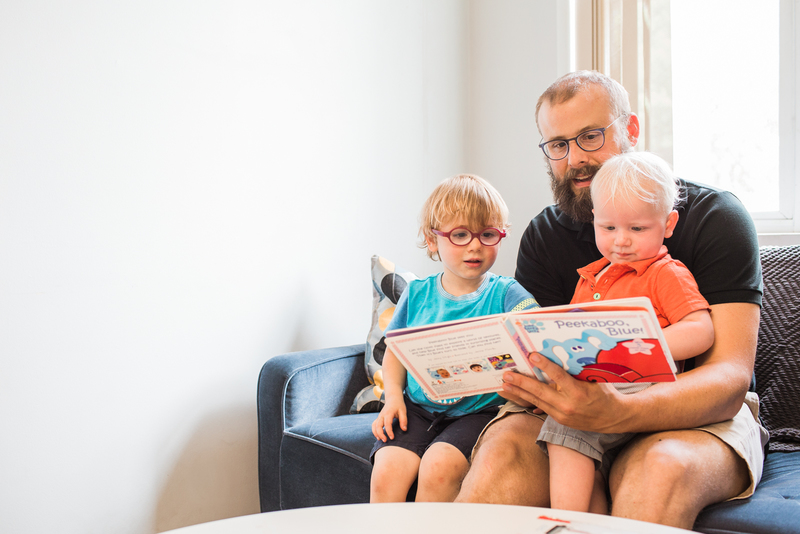 In the next 3 years, Flexable plans to expand geographically so that it can provide services  in 10 cities across the country. Flexable has already serviced conferences in locations such as Tampa and Las Vegas, which has helped the company build out a short list of locations where services are needed. In addition, Flexable is working to create a pilot in Pittsburgh for individual care matches between parents and the caregivers they’ve already interacted with at events.

A study funded by BCG and Mass Challenge found that “startups founded and cofounded by women actually performed better over time, generating 10% more in cumulative revenue over a five-year period: $730,000 compared with $662,000.”  It also found that “for every dollar of funding, these female-founded startups generated 78 cents, while male-founded startups generated just 31 cents.”

This research has been proven in Flexable’s work in the last three years. While accepting minimal funding through Innovation Works, the URA, and a few friends and family members, Flexable is on track this year to make $300,000 in revenue. There is no doubt that the additional investment will help Flexable generate a substantial amount more. 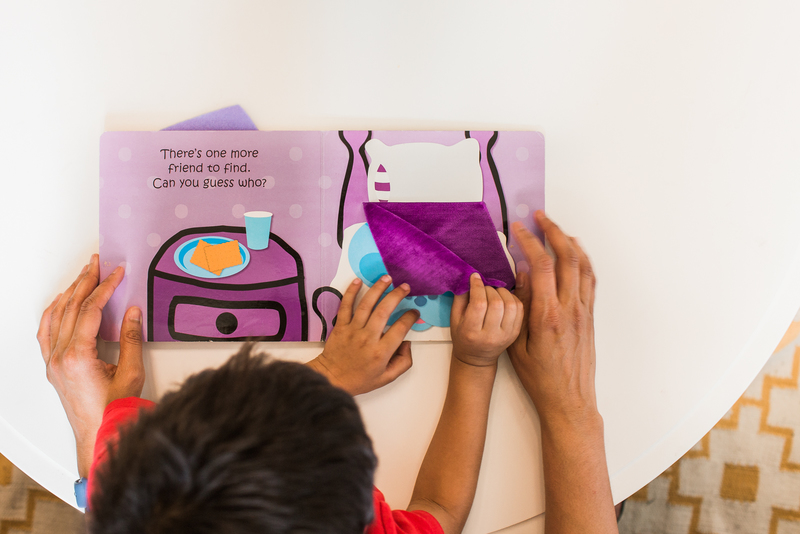 We are raising $107,000 through Honeycomb to build a stable, scalable, and more profitable product, to expand our services and locations, and satisfy existing demand in the individual care marketplace. We're currently testing our product in Las Vegas due to the large number of conferences and events out there, and the incoming requests we have already received.  Our goal is to build a stable technology platform that will scale and profitably help in our expansion both geographically, and in the direct care market.

Once we raise these funds, we'll be able to meet the immense demand we're seeing from Western PA and beyond. We currently have a pilot with Allegheny Health Network, providing childcare for patients at the Alexis Joy D'Achilles postpartum depression care unit at West Penn Hospital. We are actively looking to expand that pilot to other parts of the hospital, but without a more robust tech platform, we will not be able to keep up with demand.

We have also gotten an overwhelming number of requests from individual parents who are seeking care in their homes for their children or their aging parents.  This raise will set the foundation for building a streamlined platform to connect individuals with our Flexable Certified Caregivers exactly when and where they're needed. 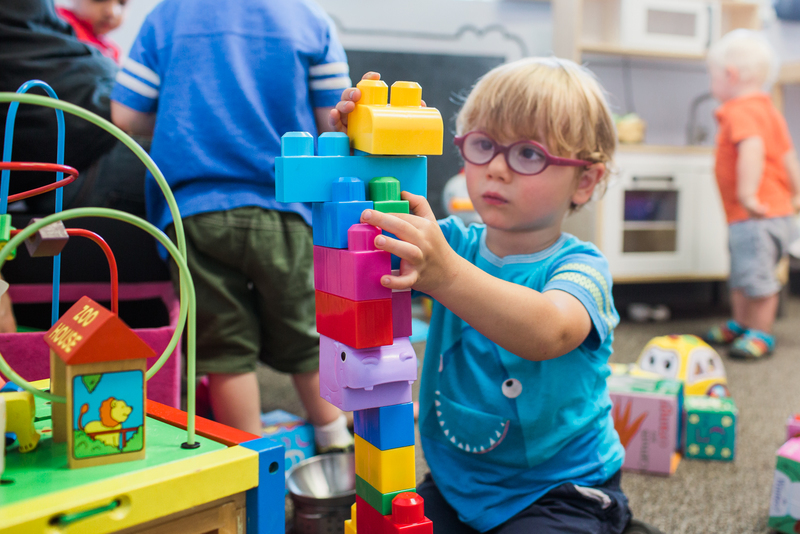 Flexable was started by two moms on a mission to make work and life fit better for professional parents. Since 2017, we’ve provided on-demand, on-site childcare at hundreds of professional and personal events.

Jessica Strong and Priya Amin, founders of Flexable, LLC, have five children between them, and a passion for empowering the modern working parent.

Throughout her career as a grant writer, non-profit director, and now entrepreneur, Jessica has helped numerous organizations improve their programs and outreach through systems improvements and innovation. She holds a MS in Public Policy from CMU and is also the visionary founder of Whetstone Workgroup (now closed), a co-working space with drop-in childcare in the Pittsburgh area.

Priya holds an MBA from the University of Arizona, and worked as a product and brand manager at corporations such as IBM and Nestle prior to leaving her high- powered career to be home with her two boys, and never looked back.  After successfully launching and running a marketing consulting firm called ROKI, she began looking for ways to continue fostering creativity and entrepreneurship among women. When she and Jessica met in 2015, and realized how much their passions aligned, they knew they had to start something together. 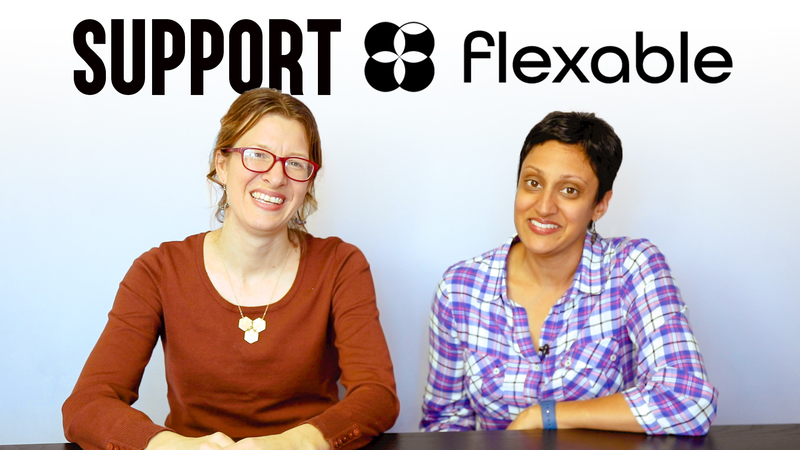 Hi Eric, thanks for your question! This convertible note is set to convert (i.e. is "due") in 2023, or earlier if we raise a "priced" or equity funding round with venture capitalists. At that time, you have the choice of either converting your investment to equity or cashing out, and you could certainly invest more into the company at that time as well. I hope that helps answer your question, please let me know if you have any other questions. Thanks! Take care, Priya, Flexable

+ Hello how can i be surevmy money is safe to invest and what is the lowest investment i can give.

Hi Vernon, thanks for your question. I believe the Honeycomb folks have answers to your questions in their FAQ's: Is it safe: - No, these are not safe investments. All of the opportunities on our site are offered by small businesses with limited resources. It is very likely that some of the companies listed on our site will fail to repay their loans. These opportunities are only for investors who can handle losing some or all of their investment. What is the lowest investment? - For the Flexable campaign, the lowest is $1,000 investment, but for other campaigns on the Honeycomb platform, it is $100. Please let me know if you have any other questions, thanks! - Priya, Flexable

Get connected with us on social networks!