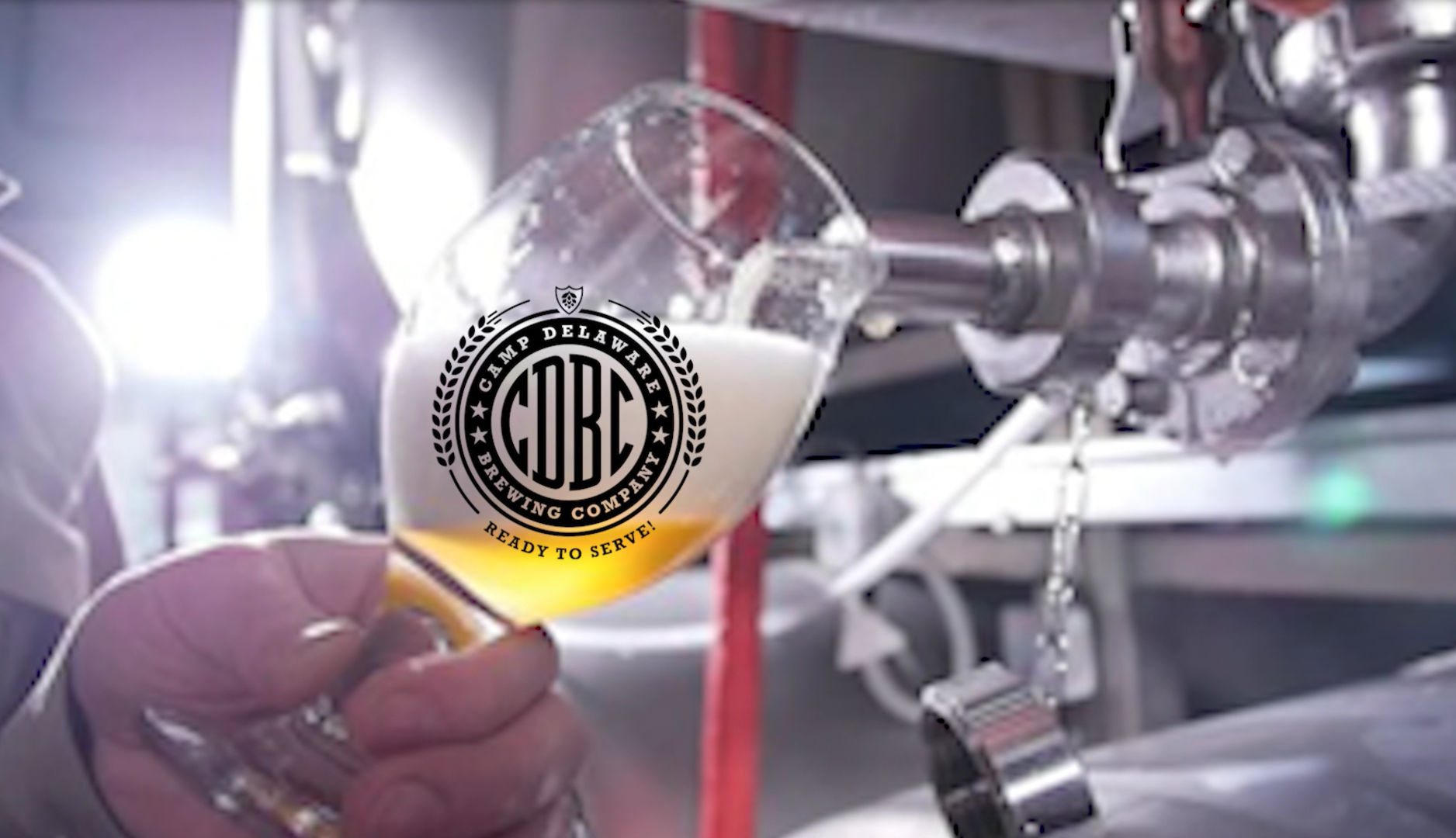 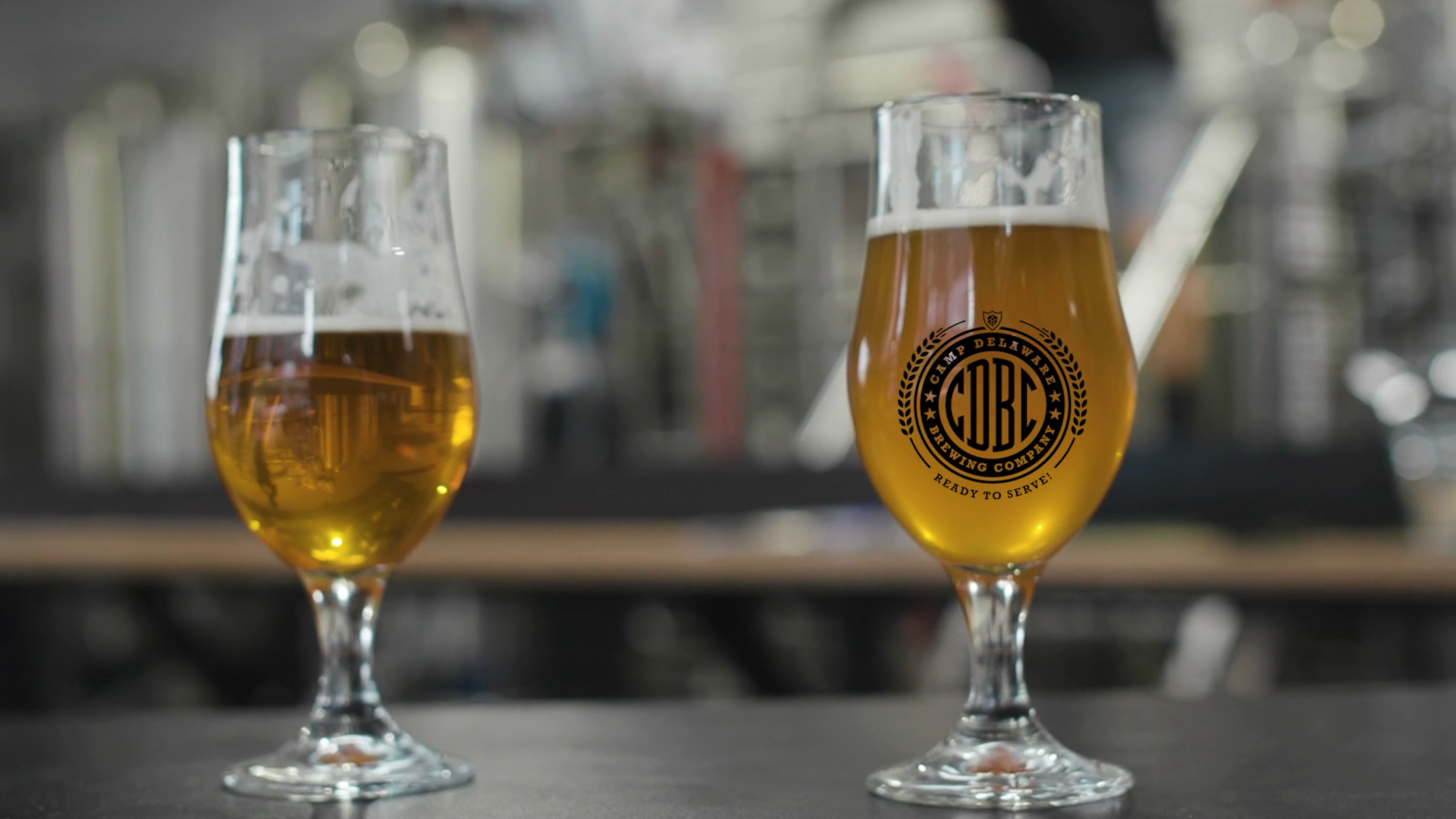 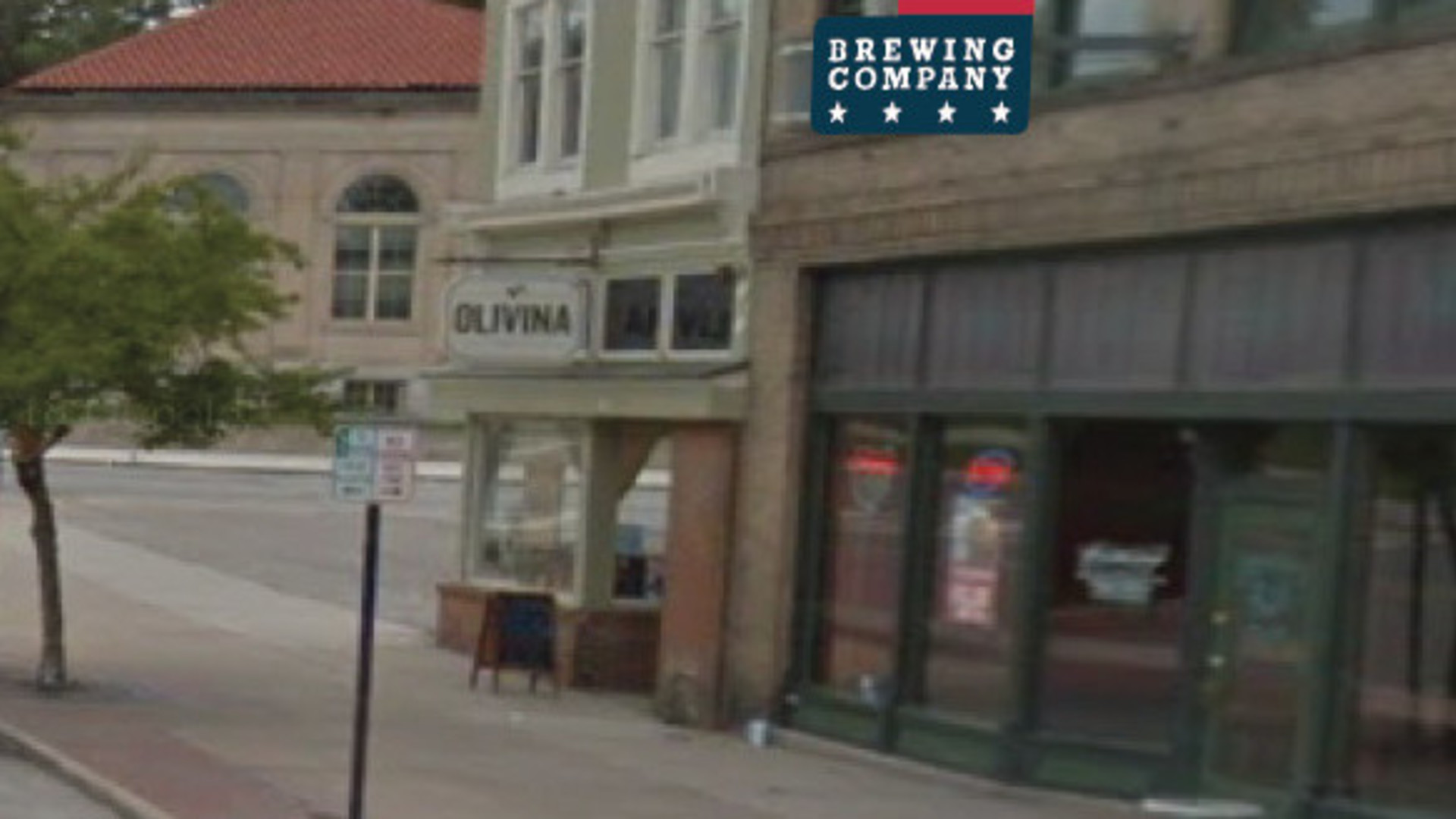 Camp Delaware Brewing Company (CDBC) is a brewery in planning, set to open summer of 2021 in Delaware, Ohio. We will be brewing and serving premium craft beer at a reasonable price. We will also be brewing and sell hard seltzers, which is the beverage that is the top growing sector in liquor sales. We are a 'Best of Beverage' experience for anyone who visits. We will have the best beer, hard seltzer, local wine, iced tea, lemonade, soda, kombucha, coffee and iced coffee. Every guest will have a quality beverage of their choice.

Camp Delaware is also very unique in having an event space (and entire 2nd floor with over 4000 sq. ft. of space) unlike any other establishment in Downtown Delaware. The event space will be able to handle groups of up to 99 people and will be able to host receptions, alumni events, conferences, meetings, board game night, trivia night, clubs, live music, live comedy and other clubs and events such as electronic sports competitions.

We are also using 100% malted barley for our beers––the only brewery in the state to do so. This will not only help Ohio agriculture but also is part of our sustainability program. Spent grains will go back to the farms for a variety of applications.

We will also be located adjacent to the new 150 room hotel that is being built in Delaware. They are so close to each other that they share a parking lot. CDBC will be the event space for the new hotel and a very place to hold wedding receptions where the people literally just have to walk across the street from their hotel room to the reception space.

We are also one of the few establishments (and the only brewery) that will have dedicated parking. Plus, we have access to ample parking which is a highly sought out commodity in Delaware.

Camp Delaware has a preferential hiring policy for Military Service Members and their family as a well to help support the special needs of the military community.

We are also the only brewery, or any business in the hospitality sector, that has Delaware in its name. Camp Delaware is a proud nod to the historic Camp Delaware which was a camp that was used to muster troops for the Civil War from 1862 to 1864. 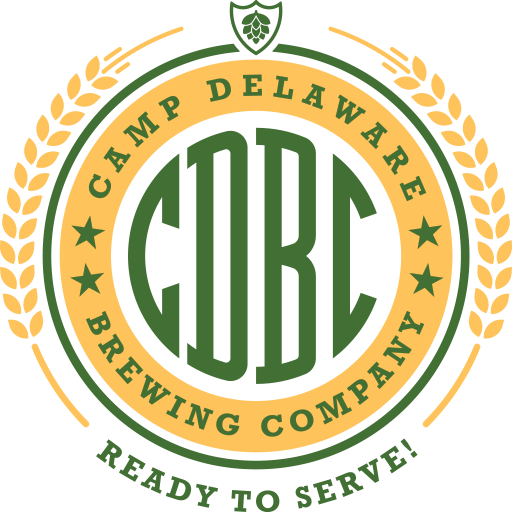 The funds will be used as a down payment for the SBA loan. All of the other funds have either been put into Camp Delaware for things such as rent, utilities, licenses, building plans––as well as staying afloat during COVID. 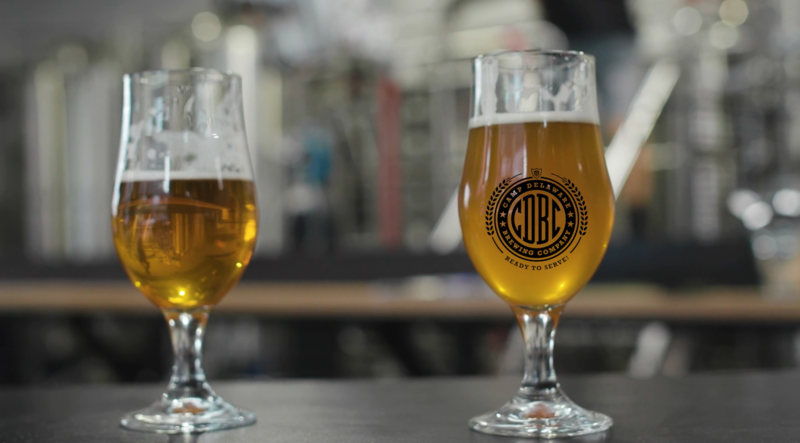 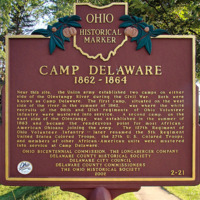 As someone who works in the agricultural sector doing analysis and mapping for crops, I began exploring the idea of raising beer making ingredients myself (such as barley or hops) as I am an avid home brewer. In doing the research and in researching the craft brewing business, I realized that it would be impractical for me to grow the ingredients, but I could purchase them as a brewery. I did a deep dive into the craft beer business model, went to every conference, talked to a multitude of craft brewery owners and came to the conclusion that this would be a very successful venture if the right location was found.

That location was found in Downtown Delaware. It had the space needed (including the event space which is a space like no other in Delaware); it was located next to a hotel that is going to be built; it is adjacent to Ohio Wesleyan University; it overlooks the campus and historic buildings and beautiful stream; it has room for parking in close proximity to the building; and it is an anchor in the south side of a very vibrant downtown. Both the city and university are very excited to have Camp Delaware located where it is. 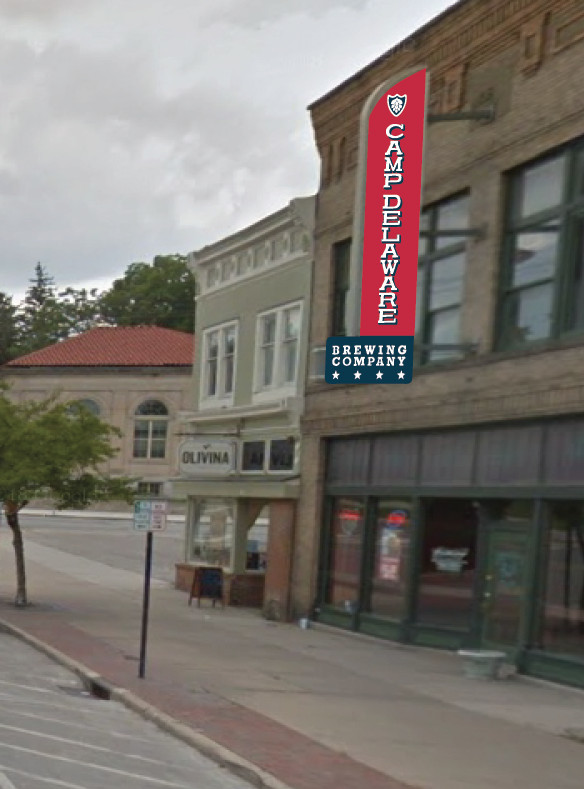 The future for Camp Delaware is very simple. Not only will we always produce the best craft beer possible, but our event space will be a draw that is unlike anywhere else in Delaware. It is anticipated that a wedding reception can be held every weekend, with rehearsal dinner the night before. There is no other restaurant that has dedicated space for both or either of those types of events. The plan is to have a different event each night to bring in different crowds. There will always be something new to do at Camp Delaware, which no other establishment in Delaware can offer––because no one has an event space.

We look to have a regular schedule of live music, live comedy, group activities (i.e. Magic the Gathering gatherings), board game nights, trivia nights, murder mystery nights, sports watch parties and groups like the Brown's backers. The plan is to become the official craft beer of the Columbus Blue Jackets hockey team as both have a Civil War connection.

We will also be the event space for the adjacent hotel and will be able to host events such as meetings and conferences, and we are also planning on hosting an Oktoberfest celebration next to the property. 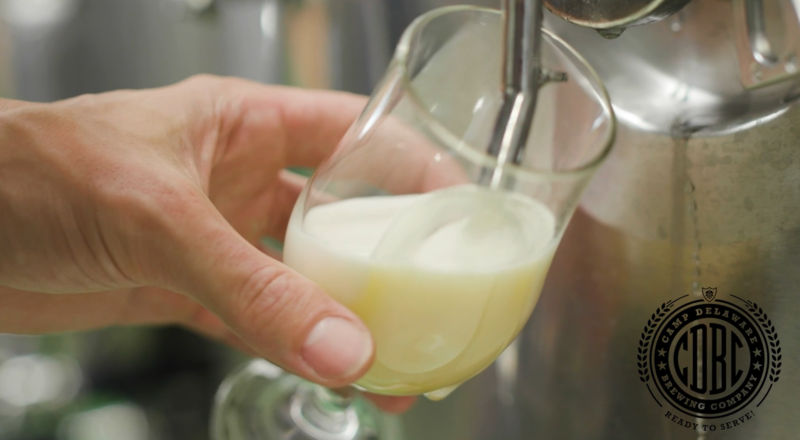 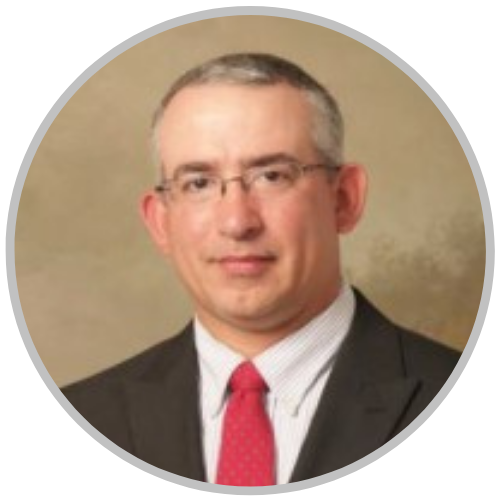 I currently am the Owner/Senior Consultant for my small business company Heartland GIS. Heartland GIS has been in operation for the past 11 years here in Delaware, OH. I work in the agriculture, local/state/government and commercial sectors as part of my clients with Heartland GIS.

I have been married for 28 years and the father of 3 children (and now 1 granddaughter). I am an ordained Catholic Deacon and am assigned to St. Mary Church, Delaware, OH. I run a military service member and family support ministry and serve on the Board for the Veterans Interfaith Bridge. I have a deep connection to Ohio history/prehistory, agriculture and military communities. 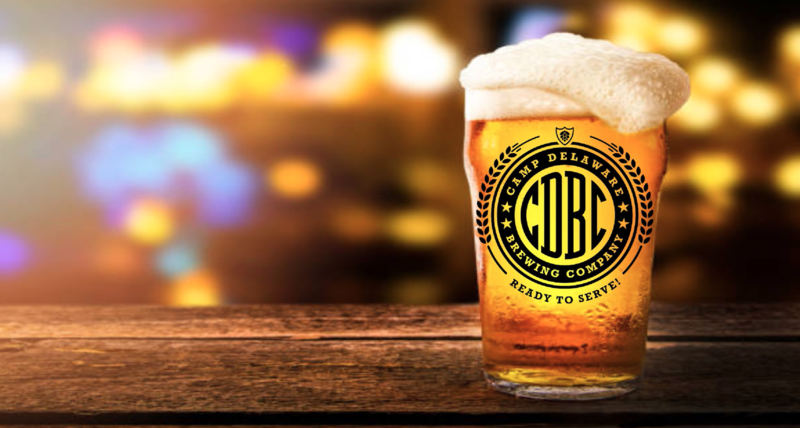 If you choose to invest, you will make a one-time investment via ACH that will be transferred to a secure escrow account. If the campaign successfully reaches its target, the funds will be distributed to Camp Delaware Brewing Company LLC.

Your ongoing responsibilities from investing are very limited. Over the life of the loan, you will receive a yearly 1099-INT, which is a simple tax document similar to what you receive for most savings accounts.*Individual payments may vary slightly based on rounding. Potential repayments include principal and interest; they do not include the one-time fee which is assessed when you make your investment. These amounts are calculated as a hybrid interest-only + amortizing loan, which means that there is a specified interest-only period followed by a an amortization period. There are no prepayment penalties and Camp Delaware Brewing Company LLC may pay down their loan early, which may impact your earnings potential. Please note: returns are not guaranteed and investors could lose some or all of their investment.

Camp Delaware Brewing Company LLC pays as agreed. You will receive quarterly payments directly into your bank account. In the event of a default, you will be contacted by the administrative agent to manage the collections process on the investors' behalf.