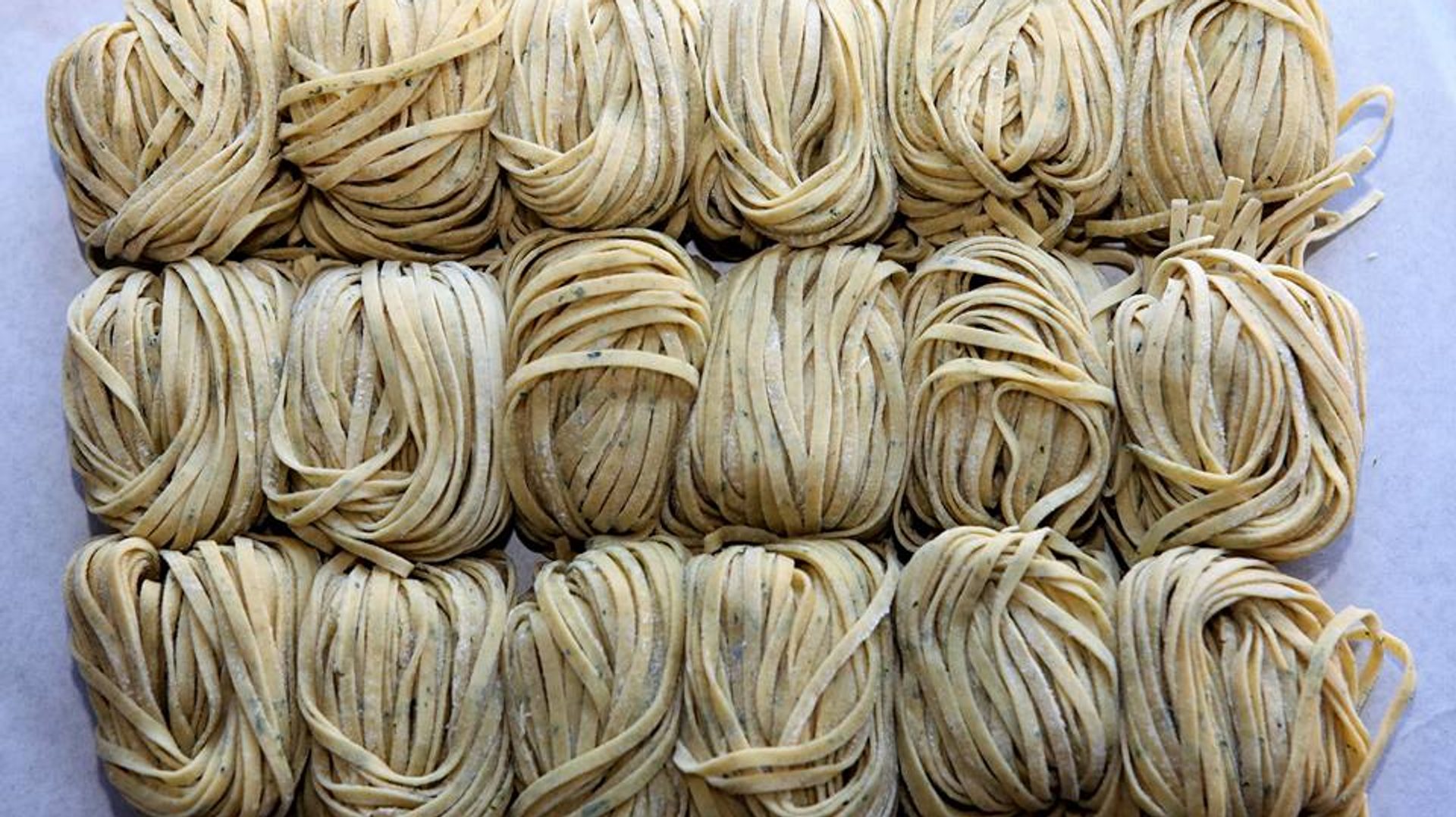 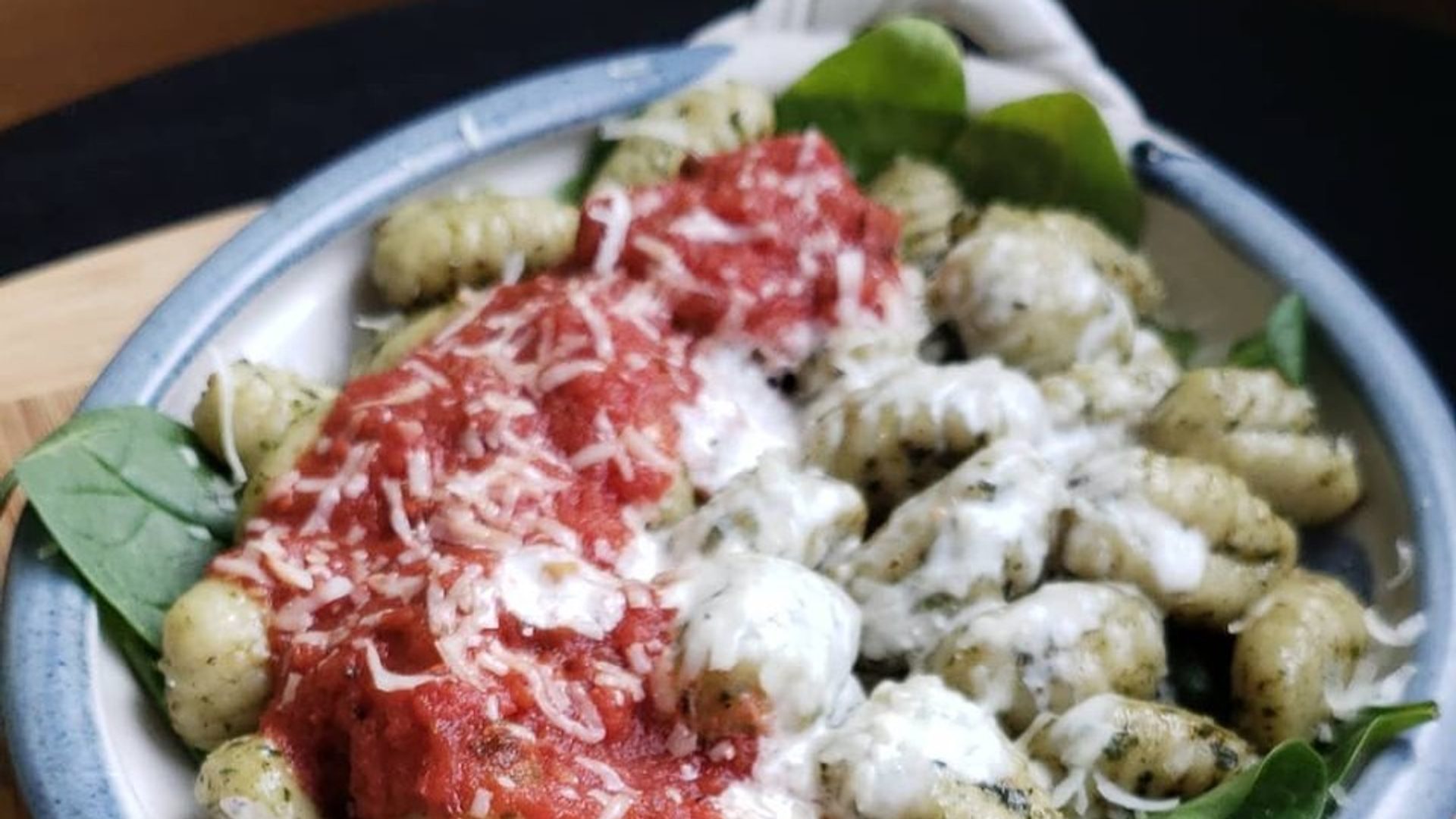 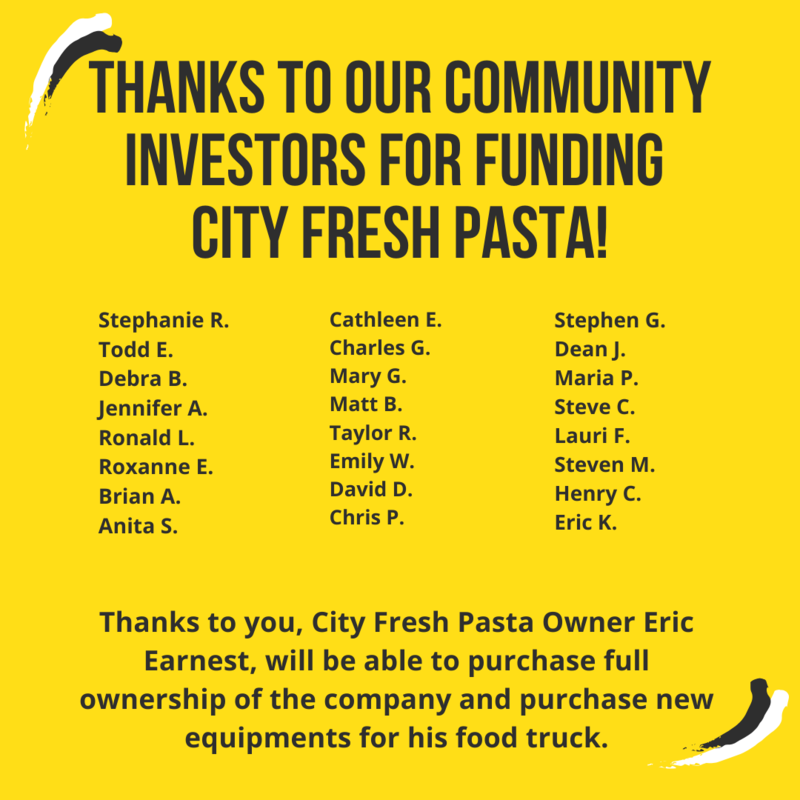 City Fresh Pasta operates a retail, takeout, restaurant, and catering business in the Squirrel Hill and North Shore neighborhoods of Pittsburgh. The company sells fresh pasta, ravioli, gnocchi, pierogies, and other ready-to-eat meals. It is currently a project of the LLC Food Design of PA, of which Eric is a 10% owner. He is looking to buy the rest of the company from the 90% owner so he can grow the company according to his vision.

We intend to continue the operations of the City Fresh Pasta business in its current locations.

We will be purchasing a food truck partially-equipped. Restaurant supplies including refrigerators, freezers, cooktops, and more are already inside of the Nova Place location. We will be purchasing the rights to the name and website, social media outreach, customer lists, and other costs related to farmers markets and equipment.

Here is a list of things we will purchase:

The future of the business is in the farmers markets and in the food truck world. The product lends itself to the food truck model quite well due to the fresh made-to-order product and the speed at which we can cook the pasta. It also does very well in a to-go box.

Many years ago, we brought the business to three farmers markets on Wednesday night, Thursday night, and Friday night. Coming from a chef background his entire career, the farmers markets were a culture shock! Being face to face with customers in the sun and open fresh air, with the occasional cool breeze, Eric found he enjoyed the farmers market experience and quickly realized that this is something he could do as a career.

We needed a year-round establishment in order to make the full time jump to fresh pasta and found a home in the Pittsburgh Public Market. The 10x10 stand inside the market was very different than the evening farmers markets we were used to. The people shopping at the market during the day were more interested in eating immediately on their lunch break then they were in buying something for dinner later on that day, so we needed to figure out a way to get them to try the product. 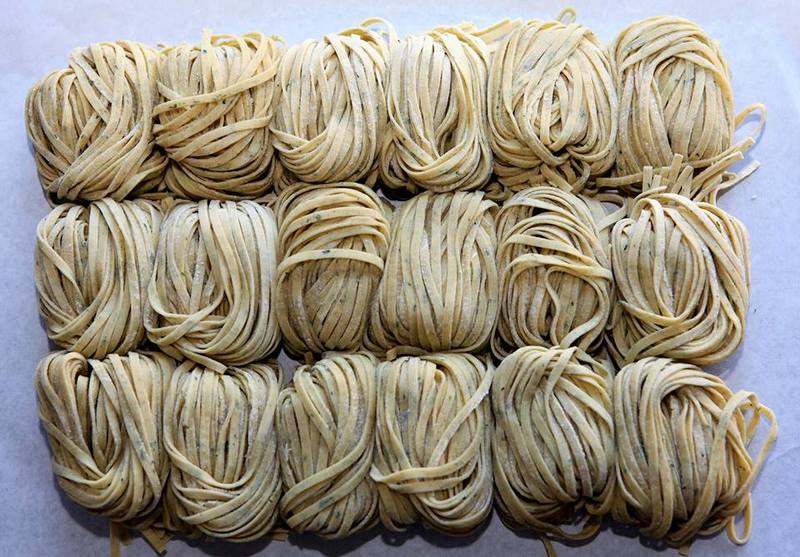 Eric came up with a way to cook the pasta and ravioli so that he could pass out fresh samples as people were walking by, exploring the market. One day, a customer made a proposition: if she bought some pasta, could Eric cook it for her right then and there? A giant light bulb went off in his head. Using his chef background, he quickly made a small menu that was light, flavorful, and very delicious, while at the same time easy to execute in a single induction burner pot with a strainer.

By the end of his time at the public market, the prepared food became a very important part of the business. We had move from one single induction burner to three burners, an electric flat top, and an electric roaster. Business was growing very nicely and when the Public Market closed, we needed a new location.

Luckily we found a home inside Nova Place on Pittsburgh North Shore. Nova Place is a much different clientele than the Public Market. The customer base is exclusively people from the complex; we don't get very many outside visitors. Once again the business needed a facelift. We added a breakfast menu and expanded the hours, and ever since we have been a welcome addition to Nova Place for the last four years. All the while we have been slowly but surely growing the farmers market side of the business. Having started out with three night markets a week, we are now up to 11 markets per week. 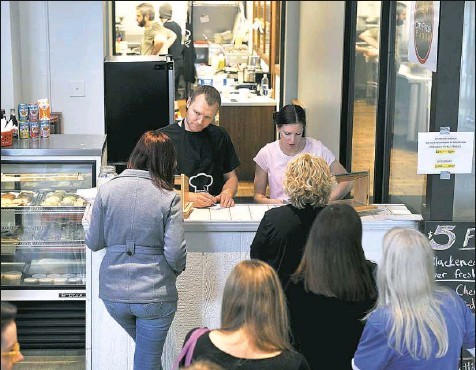 Eric moved to Pittsburgh in 2000 to go to culinary school. It was supposed to be a stepping stone for me to move on to a different place, but he fell in love with the city of Pittsburgh. During his early career he worked at numerous high quality and fine dining establishments, including Casbah, Kaya, and Mad Mex. He was very lucky to study under some of the most notable and talented chefs in the city, including Eric Wallace, Kevin Sousa, and Chris Bonfili. He learned a great deal from both of them in the kitchen and in life.

After accomplishing just about everything he ever wanted in the restaurant business, Eric worked his way up to become the executive chef of a number of places. He was able to be the opening shift at a few places and help open up restaurants from a very beginning, and he did a few consulting jobs for restaurants. Then he was able to become the part owner of City Fresh and open up to his own personal restaurants.

When not at work (or thinking about work, or doing other business-related tasks) Eric enjoys spending time with his family. He has three amazing children and a wonderful wife allows him to do the things necessary in order to become successful in this type of business. They are without a doubt his number one fans and support group. Outside of them, he enjoys playing basketball and exploring the incredible local food scene. He is a sucker for a well-aged bourbon and considers himself a bit of a connoisseur (or at least on the path to becoming one).  He is also kind of addicted to candy. 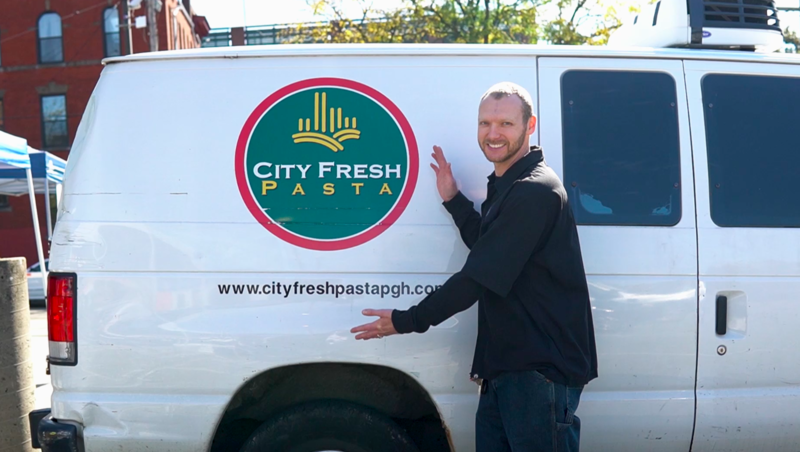 If you choose to invest, you will make a one-time investment via ACH that will be transferred to a secure escrow account. If the campaign successfully reaches its target, the funds will be distributed to EME SquaredLLC.

*Individual payments may vary slightly based on rounding. Potential repayments include principal and interest, they do not include the one-time fee which is assessed when you make your investment. These amounts are calculated as a fully amortizing loan: principal and interest are paid down starting with the first payment. There are no prepayment penalties and EME Squared LLC. may pay down their loan early which may impact your earnings potential. Please note, returns are not guaranteed and investors could lose some or all of their investment.

EME Squared LLC pays as agreed, you will receive quarterly payments directly into your bank account. In the event of a default, you will be contacted by the Administrative Agent to manage the collections process on investors' behalf.