Investing in this offering involves purchasing a Revenue Share Note. This means that Aurochs' repayments will be tied to the amount of revenue they generate overtime at a multiple of 1.6x. If Aurochs generates a higher revenue, their monthly repayments will be greater and investors will be repaid more quickly; if the company generates a lower revenue, their repayment will be lesser and investors will be repaid more slowly – in which case a balloon payment may be triggered at the end of the term. Check out our blog for more information on Revenue Sharing.

The key terms defined in the Revenue Sharing blog are outlined below with regard to this offering.

We make great tasting craft beer that is naturally gluten-free. The response to our products has been enormously positive. Gluten-free customers drive for hours to stock up on our product. We are ready to expand and make our beer more accessible to those customers who desperately need and want it. By providing a great tasting product that is naturally gluten-free, Aurochs Brewing Company is filling a niche at the intersection of two growing markets: craft beer and gluten-free. Our beers are brewed with millet, quinoa, and other naturally gluten-free ingredients.

The main purpose of this financing is provide working capital for expansion from distribution in Pennsylvania and Washington D.C. to distribution in 14 states through a combination of wholesale distribution and direct to consumer shipping.

Over the next 12 months, this money will be used in the following forms:

This investment will enable us to expand our distribution by providing access to 6x the population we can currently sell our product to. We currently sell our product in the state of Pennsylvania and Washington D.C. and will be expanding our distribution to an additional 9 states through direct to consumer shipping and an additional 4 states through wholesale distribution. Currently only 4% of the US population can access our products. This expansion will give us access to 24% of the US population, increasing our population reach 6x and 14 states in total.

This investment will enable us to launch 4 additional products through distribution. We have released over 40 products through our tasting room, but primarily sell only our Aurochs Blonde Ale and Aurochs Session IPA in distribution. This financing will enable us to offer our Aurochs Amber Ale, Aurochs Porter, Aurochs Light Lager, Aurochs Pumpkin Beer, Aurochs Hazy IPA, and Aurochs Hard Seltzer through a large portion of the states we are expanding to. We anticipate starting to launch these products in shipping and 12 oz. cans in Q3 2020.

This investment will allow us to pay down a portion of our existing equipment financing and credit card debt. This raise will allow us to multiply our customer base by 6x.

The journey began in 2012, when after a prolonged, serious illness, our co-founder Ryan Bove discovered he was no longer able to process gluten. Longtime friend, co-founder, and lifelong celiac Doug Foster helped Ryan transition to a gluten-free diet. Everything was going smoothly until they got to beer. The choices were limited. The options were not entirely gluten-free (gluten-reduced beer) or did not taste anything like the delicious craft beers Ryan loved. In search of a solution, Ryan and Doug started home brewing the kind of beer they wanted to drink. When they found that their beer tasted better than anything they could get at a bar, Doug and Ryan made it their mission to revolutionize the world of gluten-free brewing.

We have come a long way from home brewing. We have built out a nearly 7,000 square foot facility. We have distribution in over 100 accounts in Pennsylvania through two wholesale distributors. In Pennsylvania, we currently sell our beer in Wegmans, Whole Foods, and Giant Eagle. We have won a handful of national brewing awards, and have started to ship beer within Pennsylvania as well as Washington D.C. We grew 40% from 2018 to 2019 and anticipate 300% growth over the next three years. We are poised to grow into a regional and national brand. 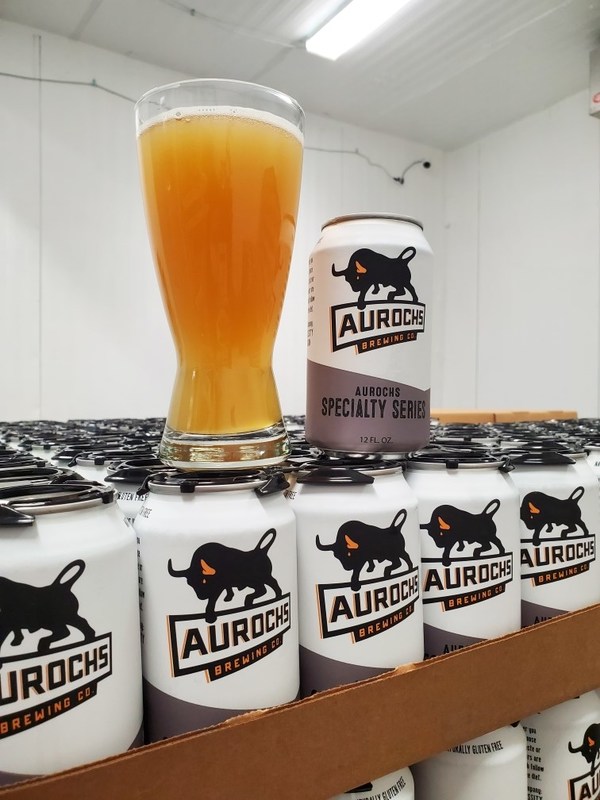 Those with severe gluten allergies feel safe knowing our beer is truly untouched by gluten.

Our vision is to fly anywhere in the world and be able to drink great tasting gluten-free beer brewed by Aurochs Brewing Company.

The first step in this expansion is to expand from one state of distribution (Pennsylvania) to 14 states of distribution, transforming the company from a local brewery to a regional brewery. We have begun the permitting process and will be start to ship beer into some of these additional states in Q3 and Q4 2020. We anticipate rolling out expanding our distribution product line to 8 different styles by the end of 2020.

In 2021, we will finalize the launches in the remaining states and start driving volume through these 14 states and growing within our current building. We grew our annual revenue 40% from 2018 to 2019 and 800% from 2016 to 2019. We anticipate growing our revenue an additional 300% over the next three years by tripling our current revenue and maxing out our current facility. At this stage, we anticipate transforming our company from a regional brand into a national brand with a build out of a larger production facility. 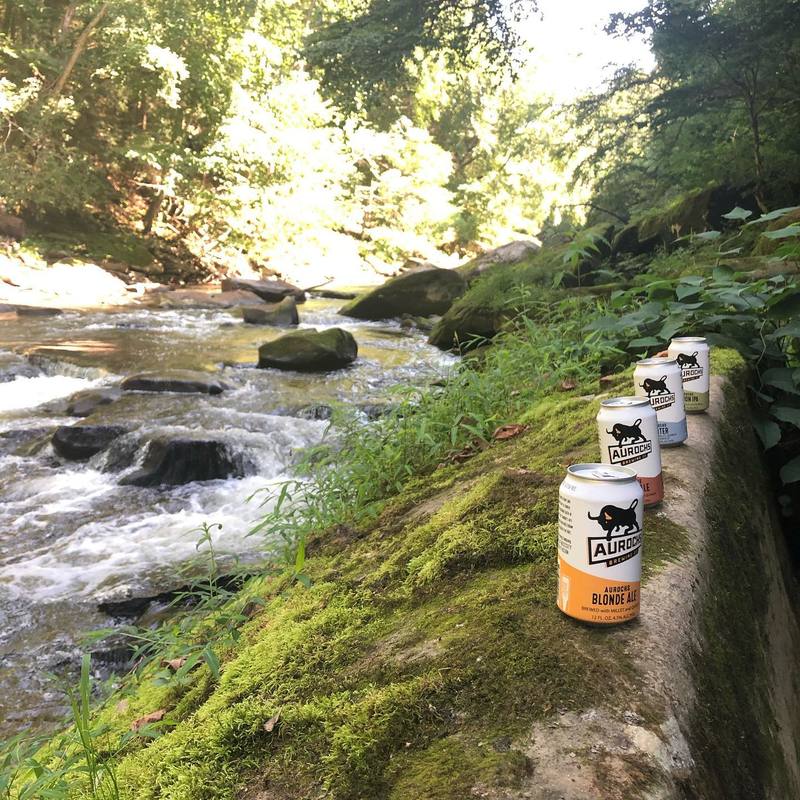 We anticipate transforming our campany from a regional brand to a national brand.

The first channel is through our tasting room through walk up sales. In this channel, customers will purchase beer to go in the form of cases, cans, and 32 oz. crowlers or consume on beer premise (pre-covid) in the form of pints and tasters.

The second channel is through distribution in the three-tier system. In this system, beer is shipped from the manufacturer (ie. Aurochs Brewing) to the  wholesaler. In turn, the wholesaler sells beer to retail accounts such as bars, restaurants, six-pack shops, and grocery stores. We currently have two wholesalers in Pennsylvania, Frank B. Fuhrer Wholesale in Western PA and Shangy’s in Eastern PA. In Pennsylvania, we have over 100 accounts including Wegmans, Whole Foods, and Giant Eagle. We have wholesale agreements in place for West Virginia, Connecticut, and New York, and a verbal commitment for wholesale distribution in Michigan. 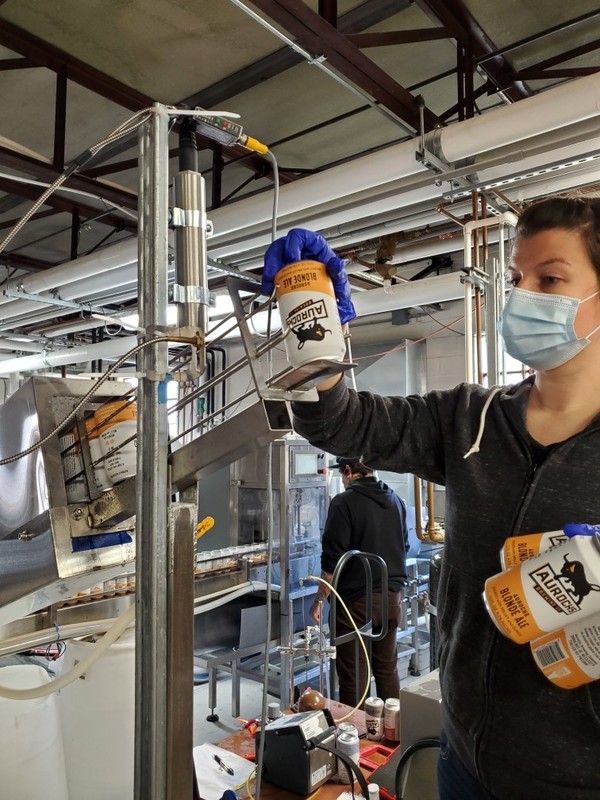 We currently directly ship within Pennsylvania and Washington DC and plan to expand to 14 states. 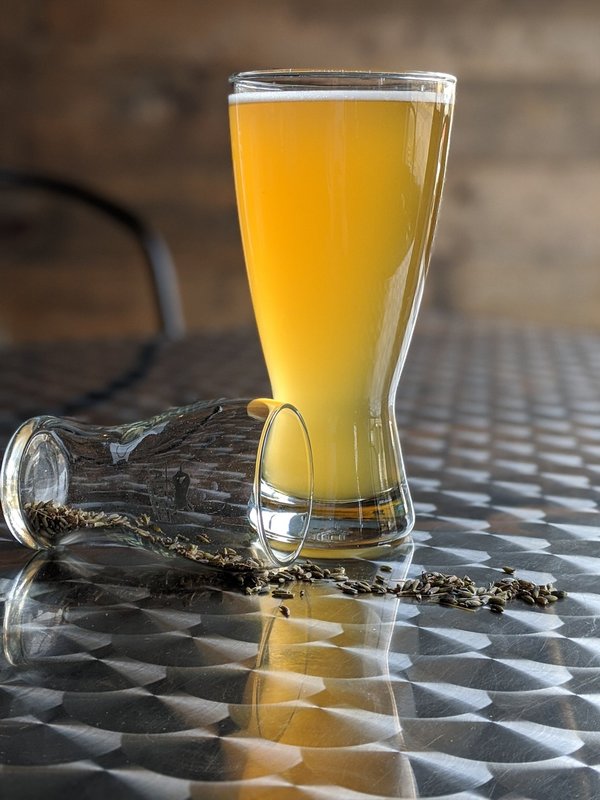 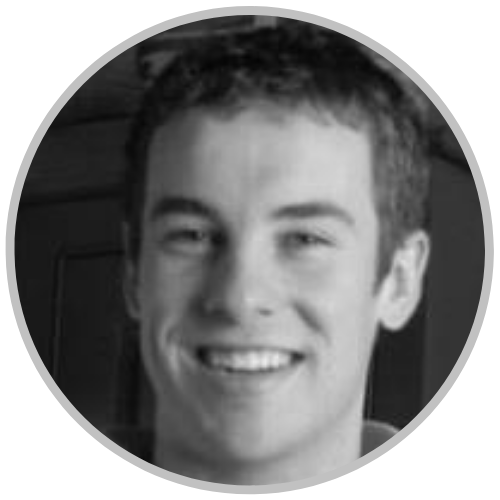 Prior to founding Aurochs Brewing Company, Ryan successfully managed a $2M global new product development project at MSA, a global safety products company. In this role, Ryan transformed a product line from concept to a market ready product line and established a supply chain with multiple manufacturing locations in North America, China, Japan, and Taiwan. Ryan received his M.B.A from the Tepper School of Business at Carnegie Mellon University and graduated from the University of Notre Dame with a B.S. in Mechanical Engineering. 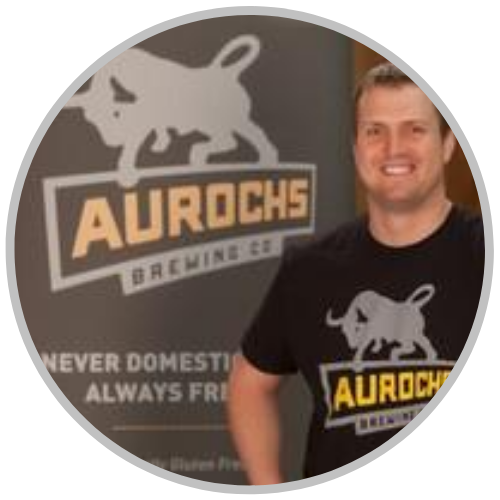 Doug is responsible for customer and consumer development at Aurochs Brewing Company. Prior to founding Aurochs Brewing Company, Doug managed sales accounts at Paychex and Acosta. At Paychex, Doug managed new client growth, customer service and the further development of 296 clients throughout 28 zip code sales territories. He increased sales by 41% over a six-month period. At Acosta, Doug managed accounts for six different consumer packaged goods companies throughout the Pittsburgh and Cleveland markets. Accounts combined for $5.3 million dollars in retail sales in 2009, and $5.5 million in 2010. He managed client sales relationship with Pinnacle Grocery for the Eastern Great Lakes region. Doug graduated from Penn State with a B.A. in Communications. 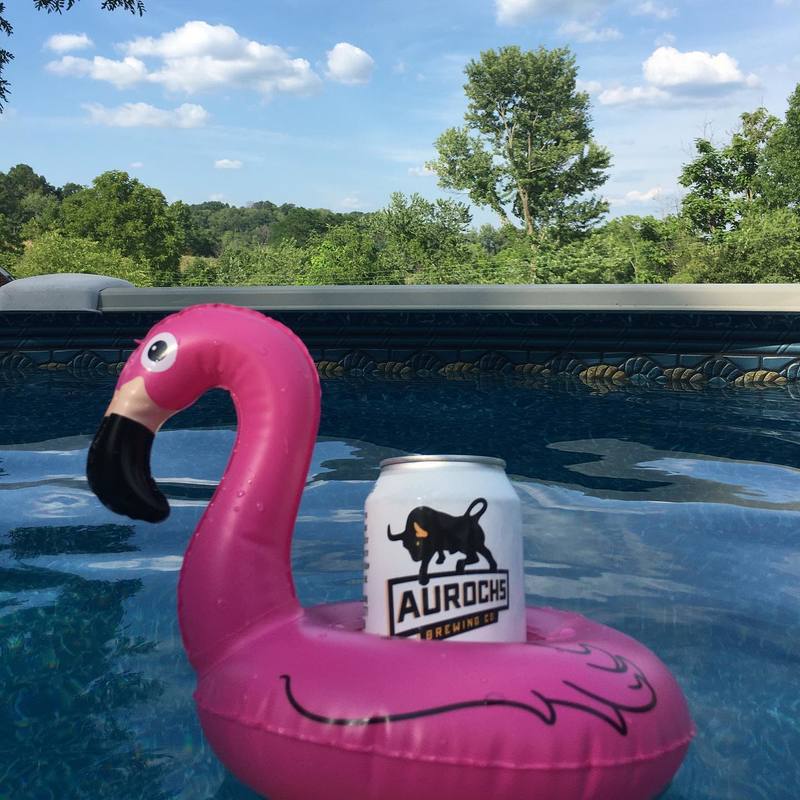 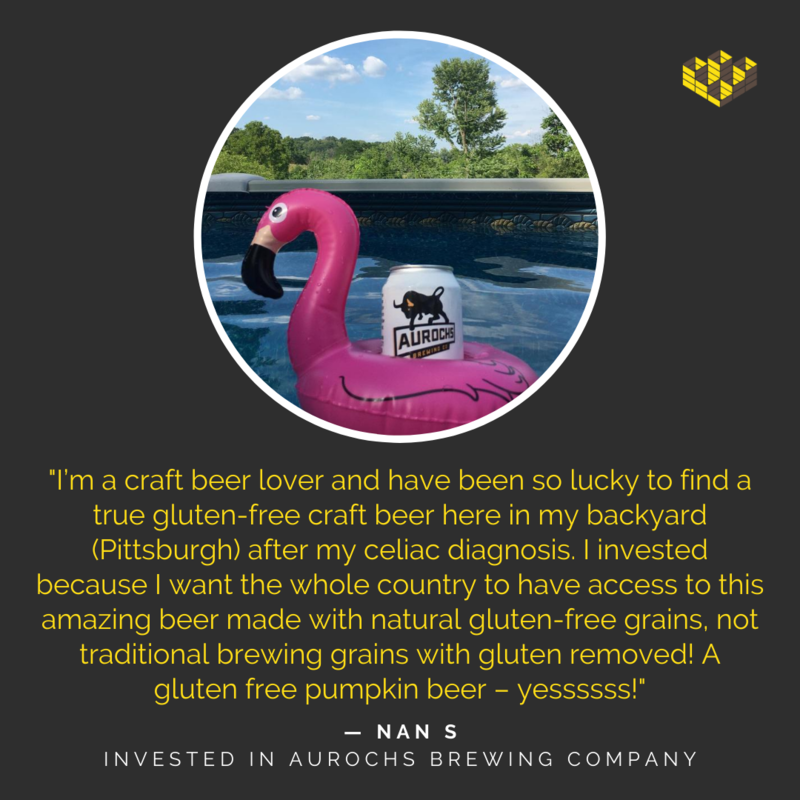 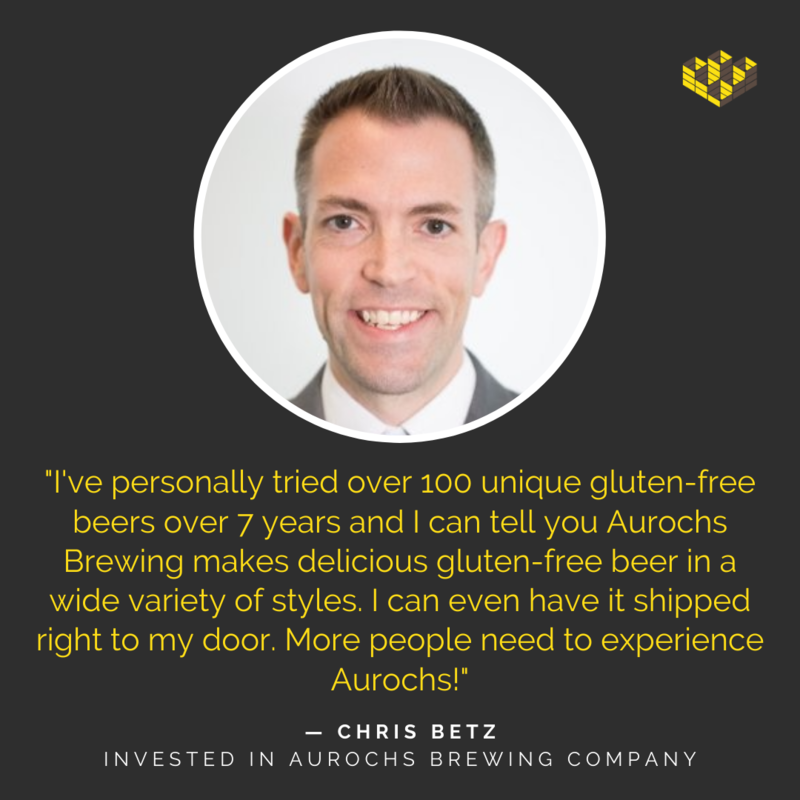 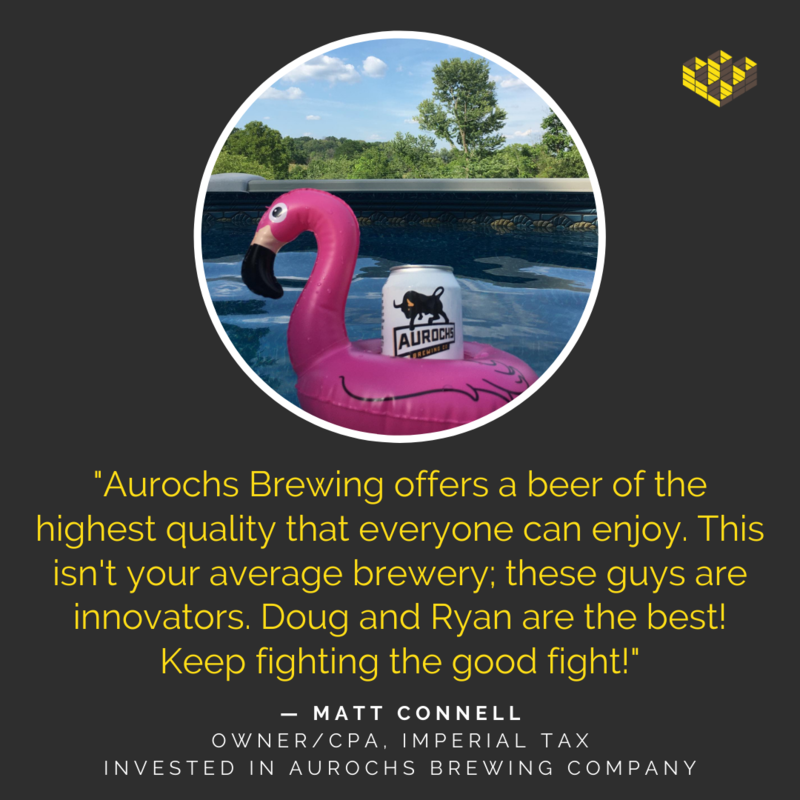 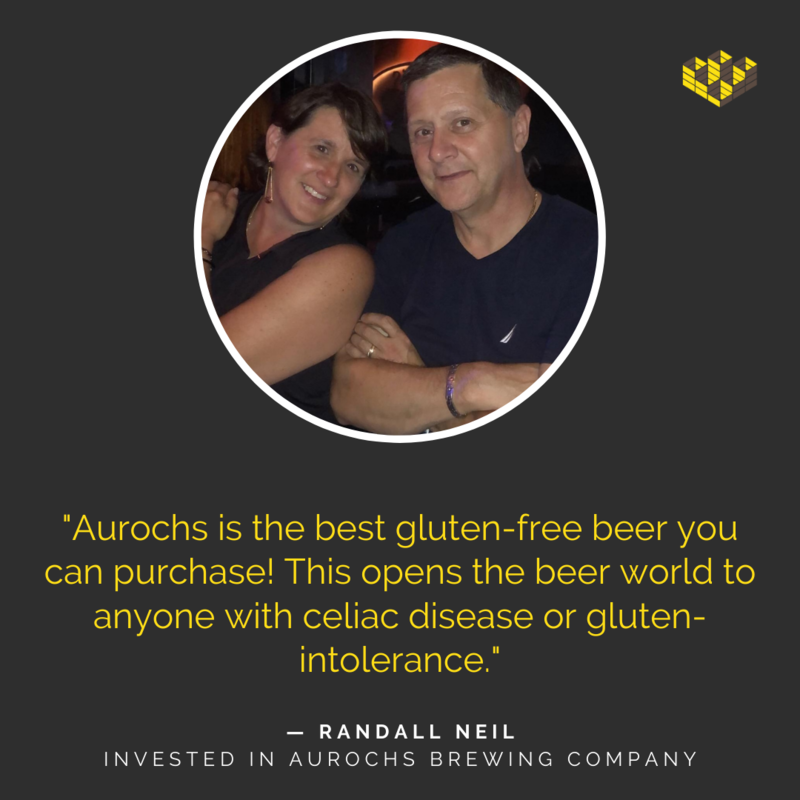 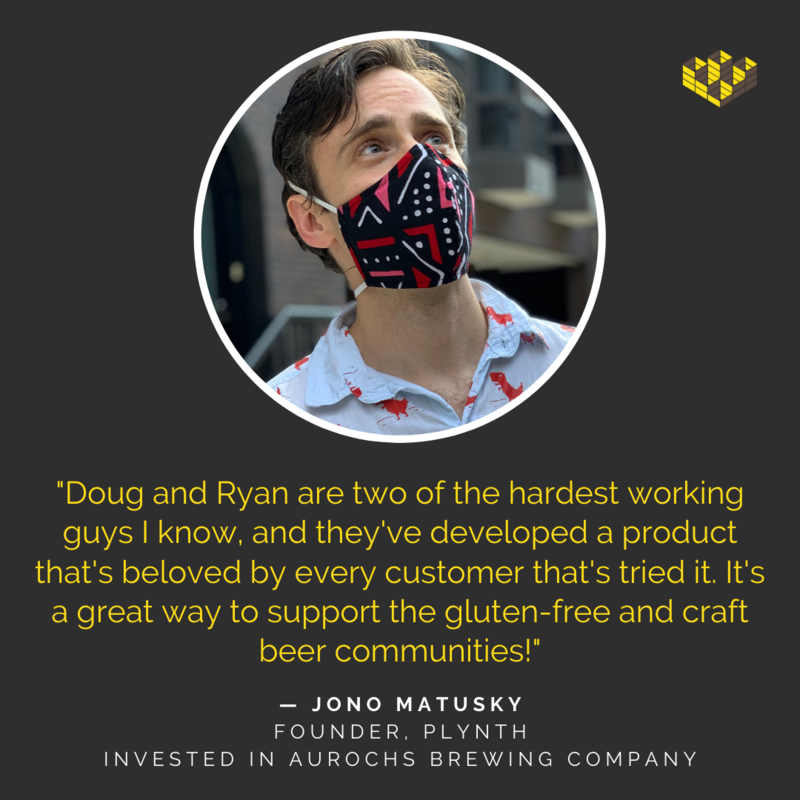 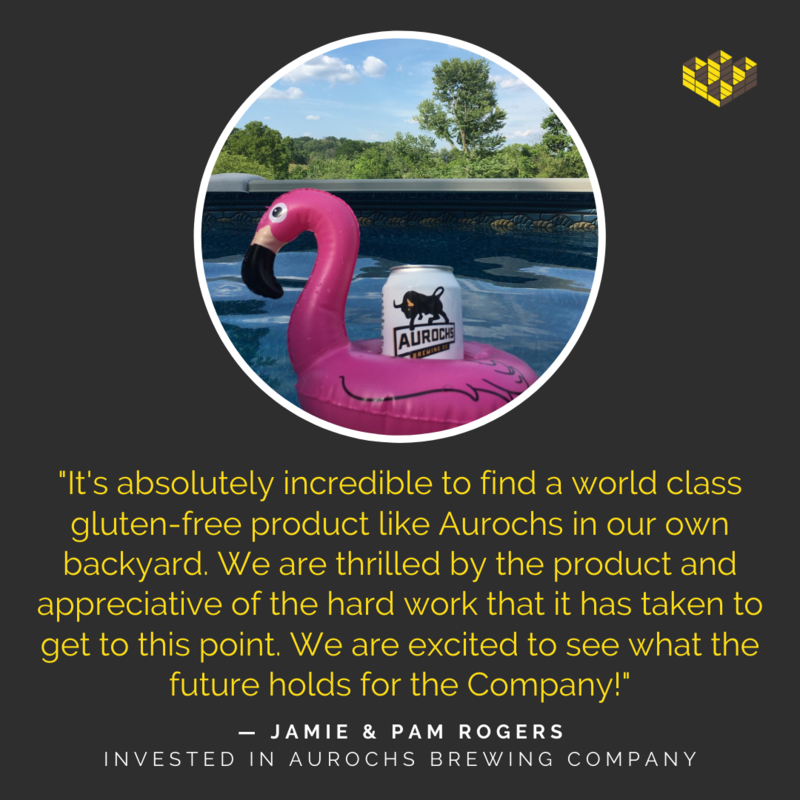 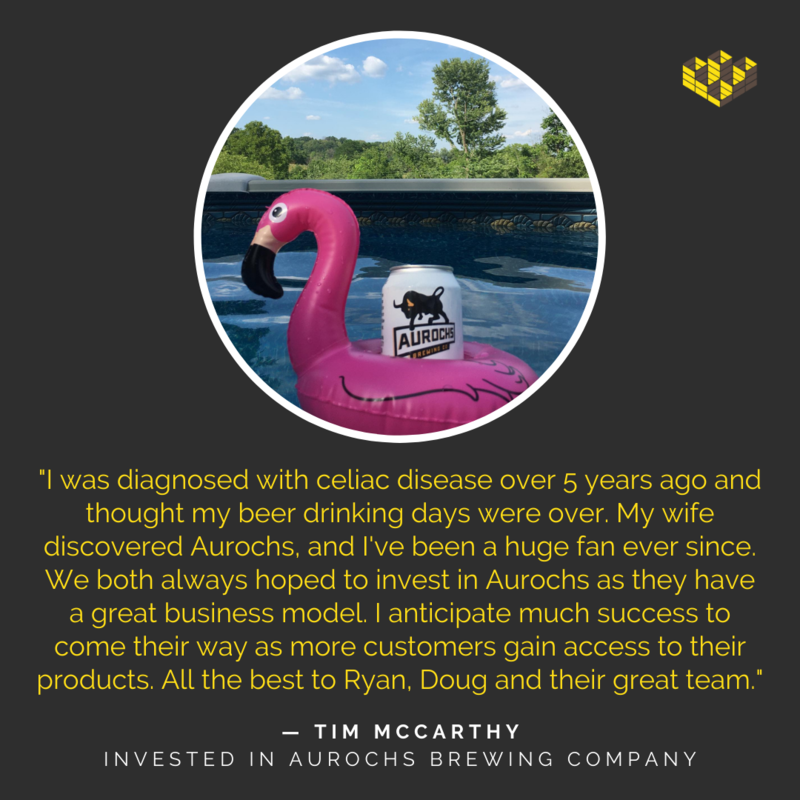 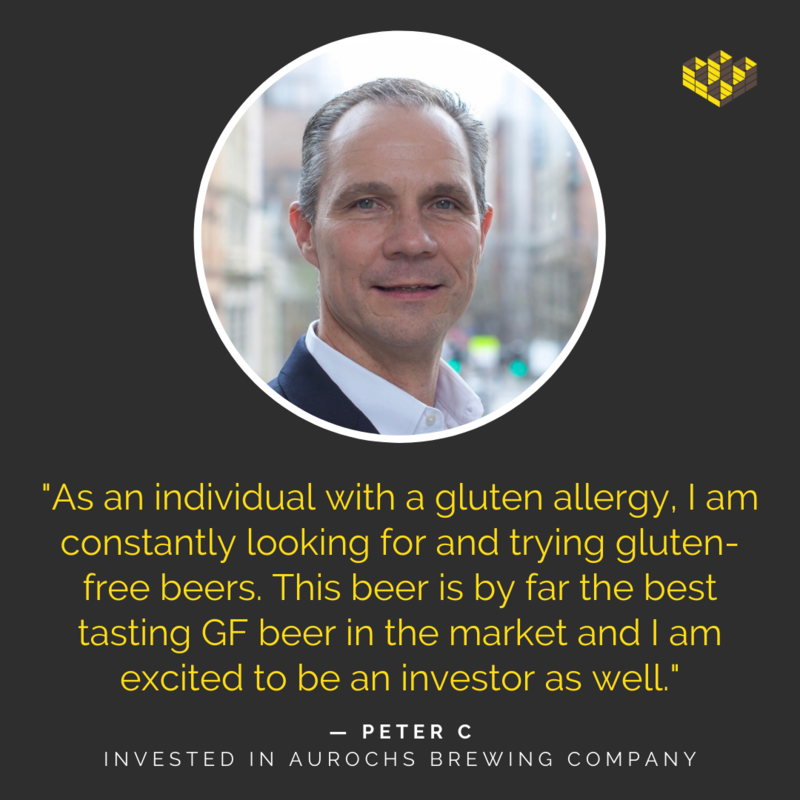 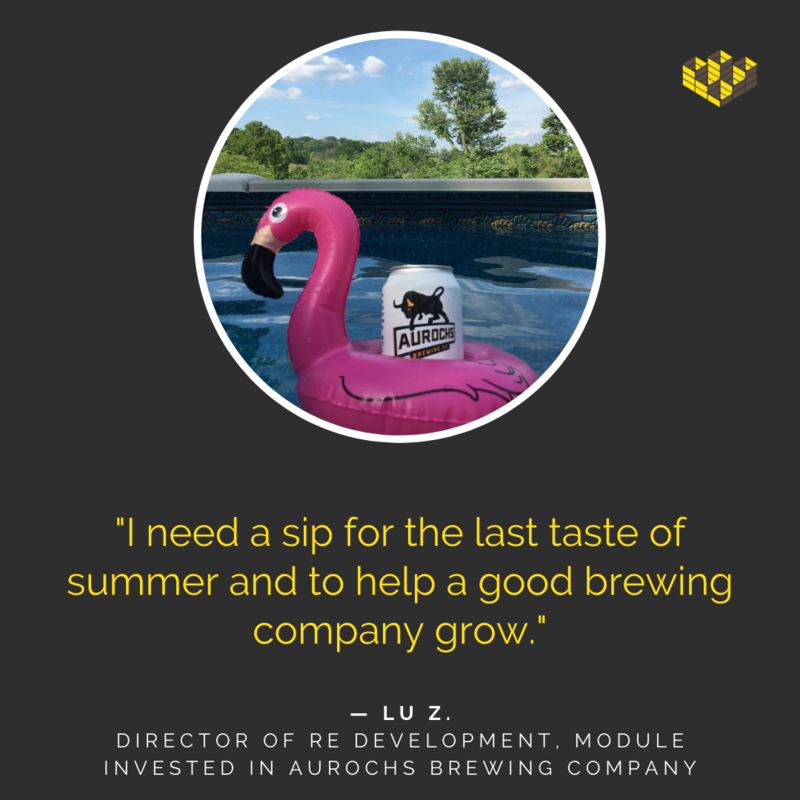 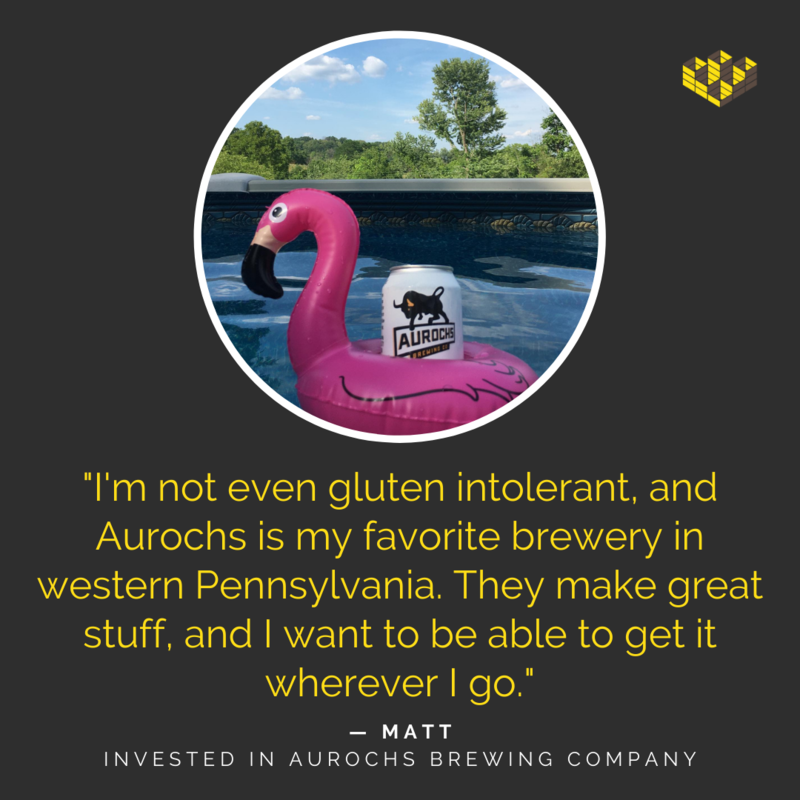 + What is the medium investment size to date across the first 75 investors?

+ Is this investment a one time contribution? You don't continue to take money out of the my account monthly, do you?

You are correct. The investment is a one time contribution. Money only comes out of your account once. After the campaign closes, money will be returned to your account on a quarterly basis in proportion with Aurochs revenue for that quarter.