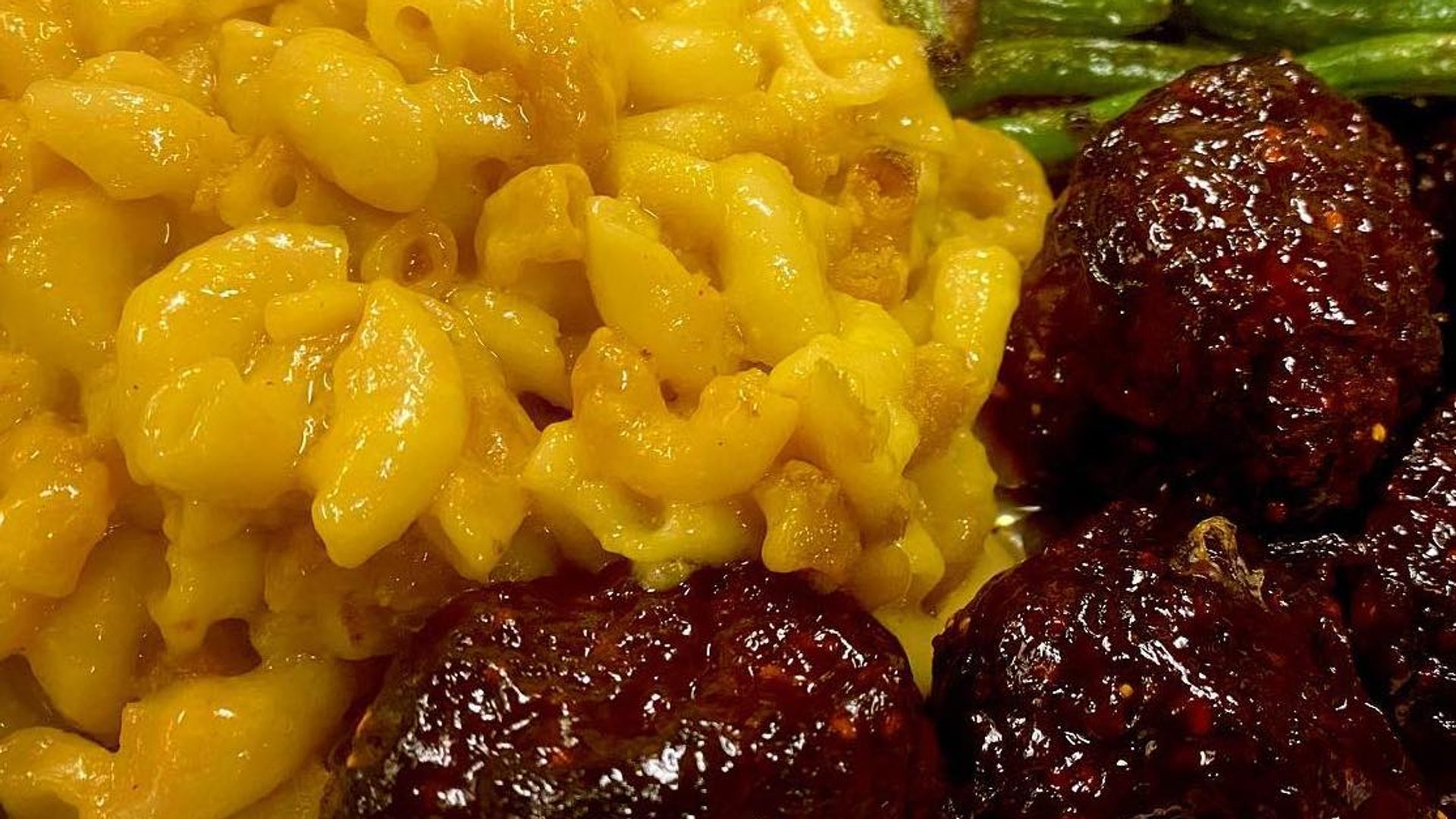 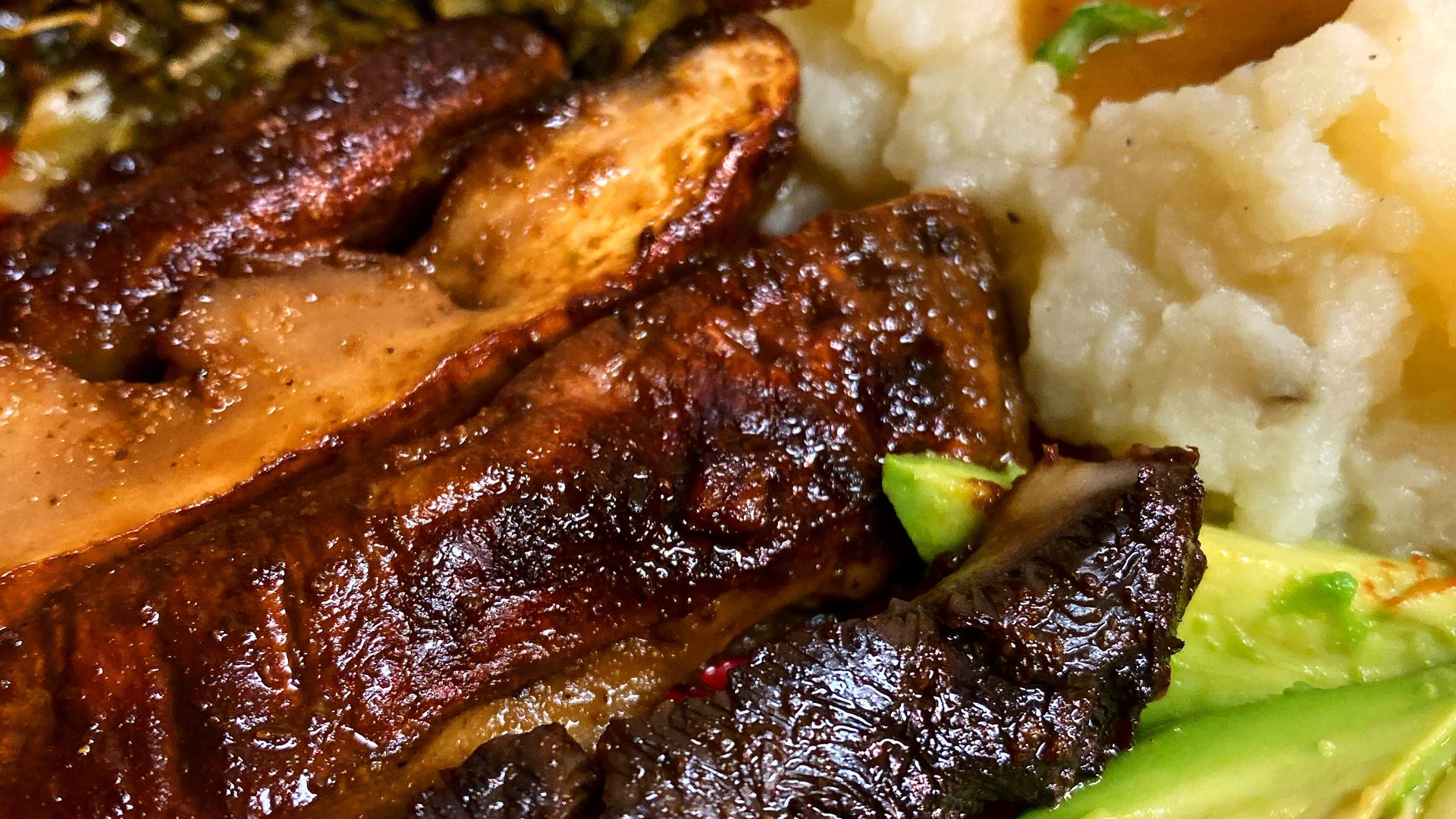 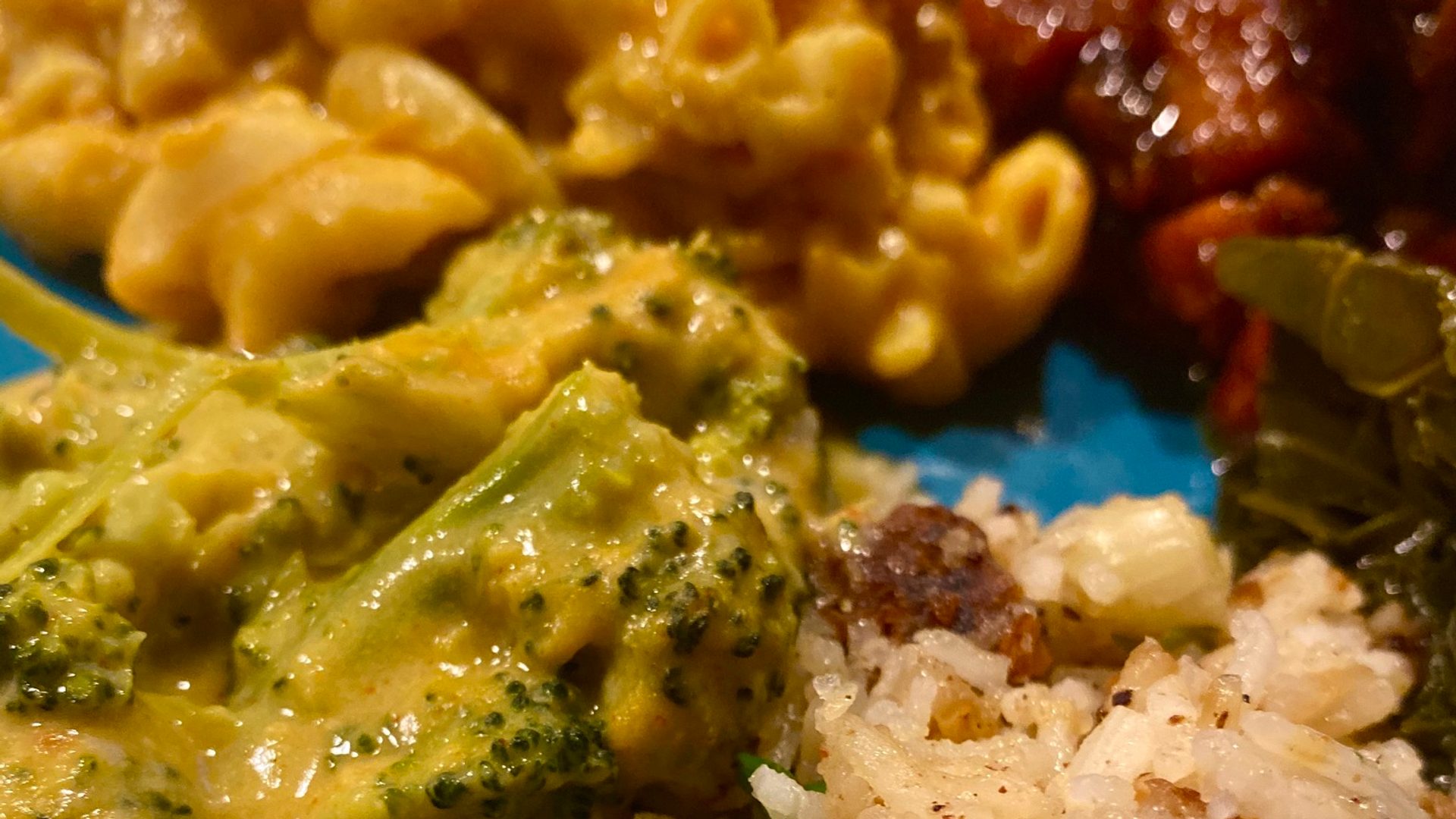 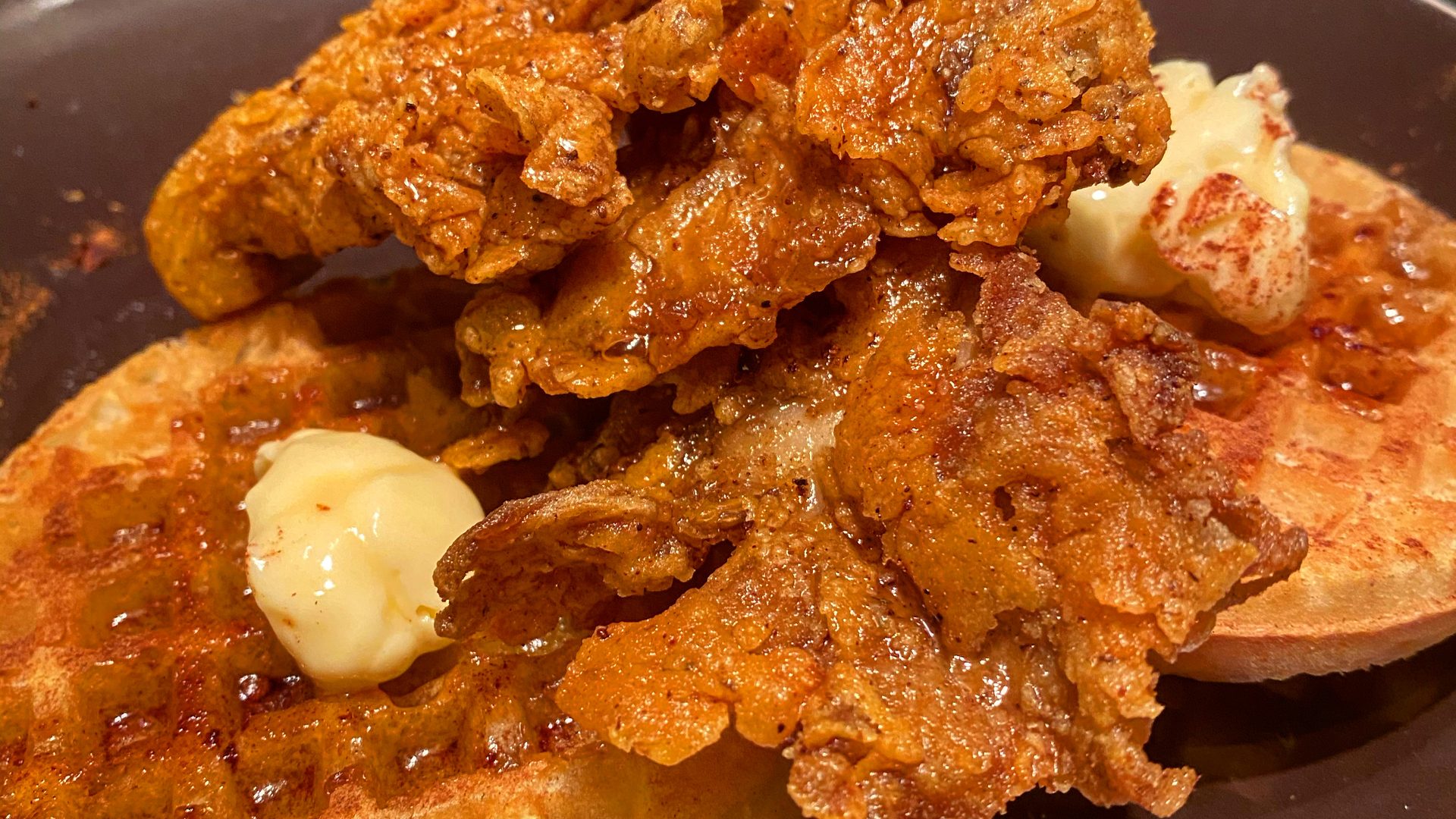 Vegan Soul is a vegan food business that has robust choices for the entire family. The goal in creating Vegan Soul was to make vegan food more available and desirable. Mae Gaines, chef and owner, is changing what people think about vegan food by transforming just about any meal into an all plant-based version and prides herself on the motto “whatever you can cook, I can make it vegan”. Vegan Soul’s customers say that Mae's soul food is guilt-free. Not only does it help Mae's guests transition from eating meat but it also inspires a creative new way of cooking without animal products. 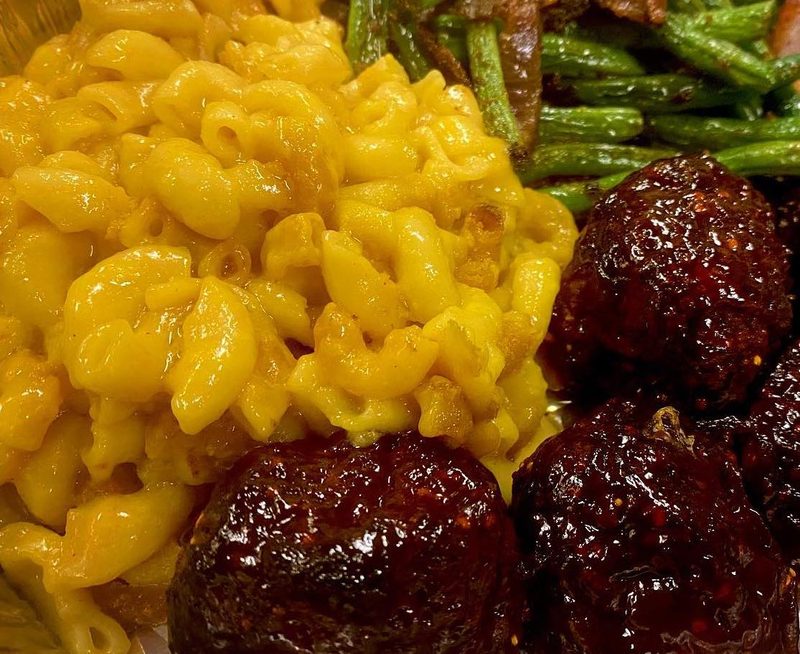 Mae's mac-n-cheese that can't stop, won't stop your taste buds from firing on all cylinders.

Mae's first priority is serving her community on a broader scale. The following items will help her do that and will eliminate the cost of a rental kitchen:

Expanding Vegan Soul will not only increase revenue but also support the local community. Vegan Soul is a business that Boise is eagerly waiting to see grow. The only customer complaints are that Vegan Soul is not open more often. And so, growing is a priority! Vegan Soul's guests want Mae at festivals and other bustling events. Having a trailer will allow Mae to do just that!

Source: Move Systems, as seen in The Wall Street Journal and Eater Magazine

What makes it stand out?

Vegan Soul received a lot of press this year!

Mae Gaines was featured in a variety of outlets:

Four years ago, Mae Gaines moved to Idaho and discovered that there was only one business that served vegan food. Although there is a large vegan community in the area, there were little to no options. This is how Vegan Soul was born. After months of not finding vegan food, Mae Gaines decided to create her soul food business that was a step above just lettuce and legumes. She wanted to change what people thought about plant-based food and offer meals that people wouldn’t imagine were vegan. Many of her guests had never tasted vegan soul food until recently. Most guests return for more and often bring their friends and family. Vegan Soul food is enjoyed by both vegan and non-vegans of all ages. 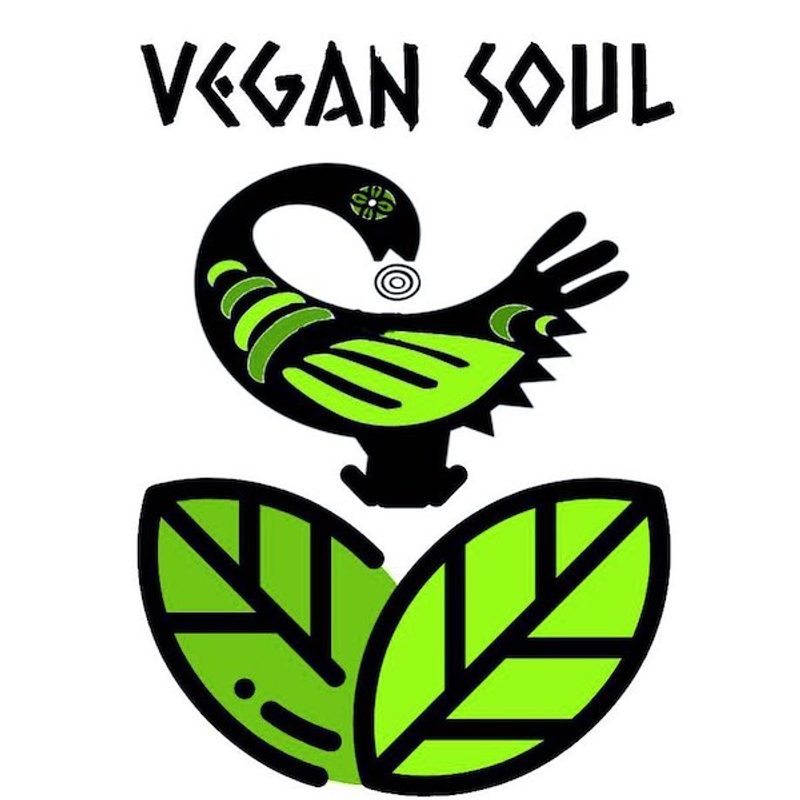 Since February 28, 2020, Mae has consistently sold out at her local pop-ups!

The Vegan Soul goal is to be a household name by expanding into more cities. Mae believes that vegan food should be as available as fast-food restaurants. In the next 1-3 years, she will be focused on increasing her community connections and offer up her food to thousands of followers with popup shops and drive thru’s. 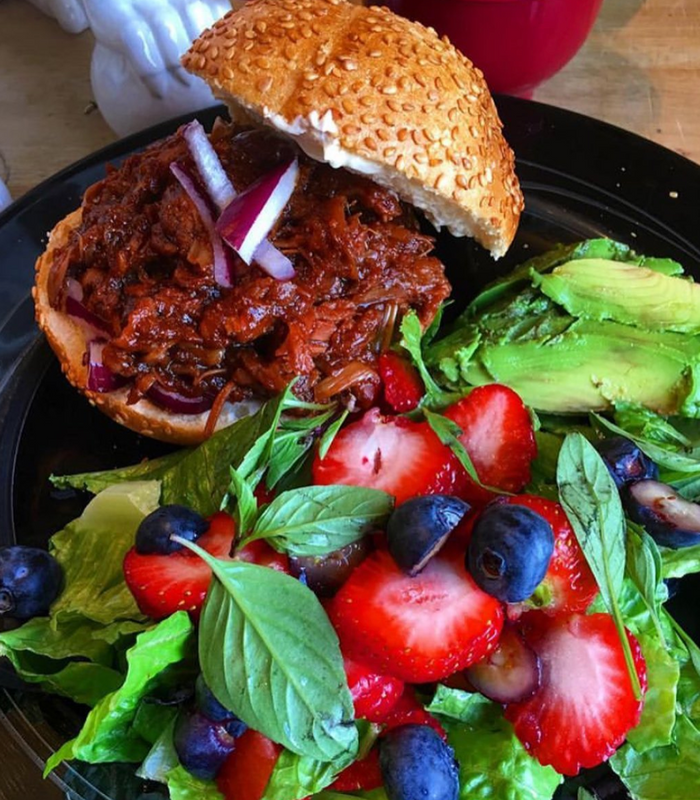 Vegan Soul elevates comfort food and ensures that every customer has a memorable experience.

Mae Gaines is the sole owner of Vegan Soul in Boise, Idaho. After moving to Idaho and becoming vegan, the California native recognized there was a lack of vegan food in the Boise Idaho area, so she created Vegan Soul. Vegan Soul is the only vegan soul food business in the state. Since its first day of sales, Mae has won an award from PETA for being one of the best tastings in the nation for vegan soul food and has also been featured by various publications, including USA Today, Boise Weekly, and Craftsmanship Initiative. Although she launched her business during a pandemic, Mae Gaines managed to grow Vegan Soul into a thriving business within its first year. Mae is a single mother and entrepreneur that has had success in foodservice, massage therapy, photography, and medicinal snacks. 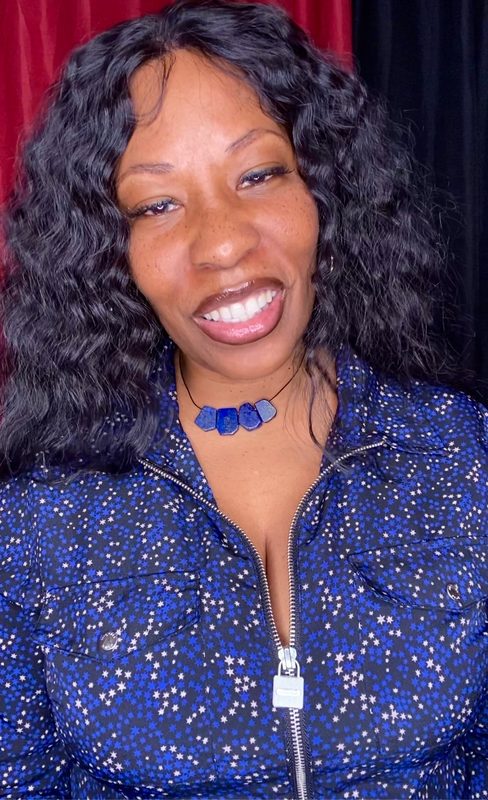 If you choose to invest, you will make a one-time investment via ACH that will be transferred to a secure escrow account. If the campaign successfully reaches its target, the funds will be distributed to Vegan Soul.

Your ongoing responsibilities from investing are very limited. Over the life of the loan, you will receive a yearly 1099-INT, which is a simple tax document similar to what you receive for most savings accounts.*Individual payments may vary slightly based on rounding. Potential repayments include principal and interest; they do not include the one-time fee which is assessed when you make your investment. These amounts are calculated as a hybrid interest-only + amortizing loan, which means that there is a specified interest-only period followed by an amortization period. There are no prepayment penalties and Vegan Soul may pay down their loan early, which may impact your earnings potential. Please note: returns are not guaranteed and investors could lose some or all of their investment.

Vegan Soul pays as agreed. You will receive quarterly payments directly into your bank account. In the event of a default, you will be contacted by the administrative agent to manage the collections process on the investors' behalf.

+ I just saw your 10K Project presentation ... You mentioned fitness training … so do you provide recipes to help folks with their diet goals? Do you support diets, like Keto, with substitute suggestions for proteins?

Hi there and thanks for watching the pitch today. At this time I do not offer diet help or recipes but hope to in the future as I learn more about it myself. The goal firstly is to show to others that, a vegan diet can benefit someone that is over weight, even if they are not counting calories. I want to prove that building muscle as a vegan is possible. Eliminating my own weight and gaining muscle will be the first phase in moving forward to the other aspects of diet and fitness.

+ Hey Mae, I'd love to order before making a final investment. Do you have any pop ups coming soon?

Hi Thank you for considering an investment into Vegan Soul. I would be more than happy to have you have some of the food but finding commercial spaces to pop up and serve from. We are currently working on our next pop up date. Most of the dates are booked with the kitchen space I rent. The downside of renting a shared kitchen space, is that it can be already booked. Investments into Vegan Soul are aimed to solve this problem. With a kitchen space of my own, I can operate, as consistently, as any traditional to go food establishment as well as save on the yearly cost of renting various commercial shared spaces. As it stand now, I can only operate when a commercial kitchen is available for my use, which is only a couple days a month. With these investments, that will change and Vegan Soul will be able to operate daily and on a consistent basis. I will be sure to post an update here regarding the next pop as soon as a date is confirmed. - Mae G.

+ Dear Mae, 2) How do you plan to allocate your time between the new food truck business and the existing pop-up business? Will running the food truck mean you will have less time to devote to the pop-up business reducing those earnings? Can you tell us mo

Hi there and thanks for your question. Our new journey in a food truck will go hand in hand with our current popups. Adding a food truck to my business will allow us to do more popups at even more locations. We love popups. However, as of now, we are limited to how many we can do and how much we can bring at each popup because of the limits with space and what can be stored. We serve less food when we popup without a truck. But with a truck, we are able to bring more, and attack a big crowd with ease by cooking more and servicing more people and if we need to move quickly we can. Popups without a truck means many limitations but the truck is always an advantage, especially during these times.

Hi there and thanks for your question my previous job experience has prepared me very well for the demand of the food industry. I have years of intense customer service and customer experience training that I’ve learned from my over 30 year relationship with Universal Studios that allowed me to learn about customer care, superb customer experience, sales and customer retention for the long term. I was employed by Universal when I was 17 and worked with them on and off for over three decades. The information learned allowed me to be self employed and successfully run businesses of my own with the same knowledge. I took that experience and applied it to my over 20 years in providing relaxing spa experiences to over 6000 guest that frequented my business each year. It thoroughly prepared for the fast pace of the food industry with a long list of skills that can be applied to several responsibilities, which include the importance of getting new guest to gain long term relationships with you and your business.. The popups we do now is also training for my staff. They too, are getting hands on training in managing time and being organized on the go and keeping up with the fast paced food scene. No matter your experience level, anyone who works or volunteers with us learns something new they had not before about food, people and the planet that can be used forever.

+ Dear Mae, 4) Assuming you are able to raise enough funds to buy a food truck, how many events do you need to attend with the food truck to be able to make your loan payment?

Hi there and thanks for this question. When Vegan Soul has a mobile unit, we’d be able to cover that payment with or without a scheduled event. If available for only two days a week, we’d be able to cover the payment cost However we will be open for more days than that so the payment will be no problem. In addition to our mobile unit, Vegan Soul also brings in revenue from our products such as frozen food, condiments, apparel, and recipe ebooks