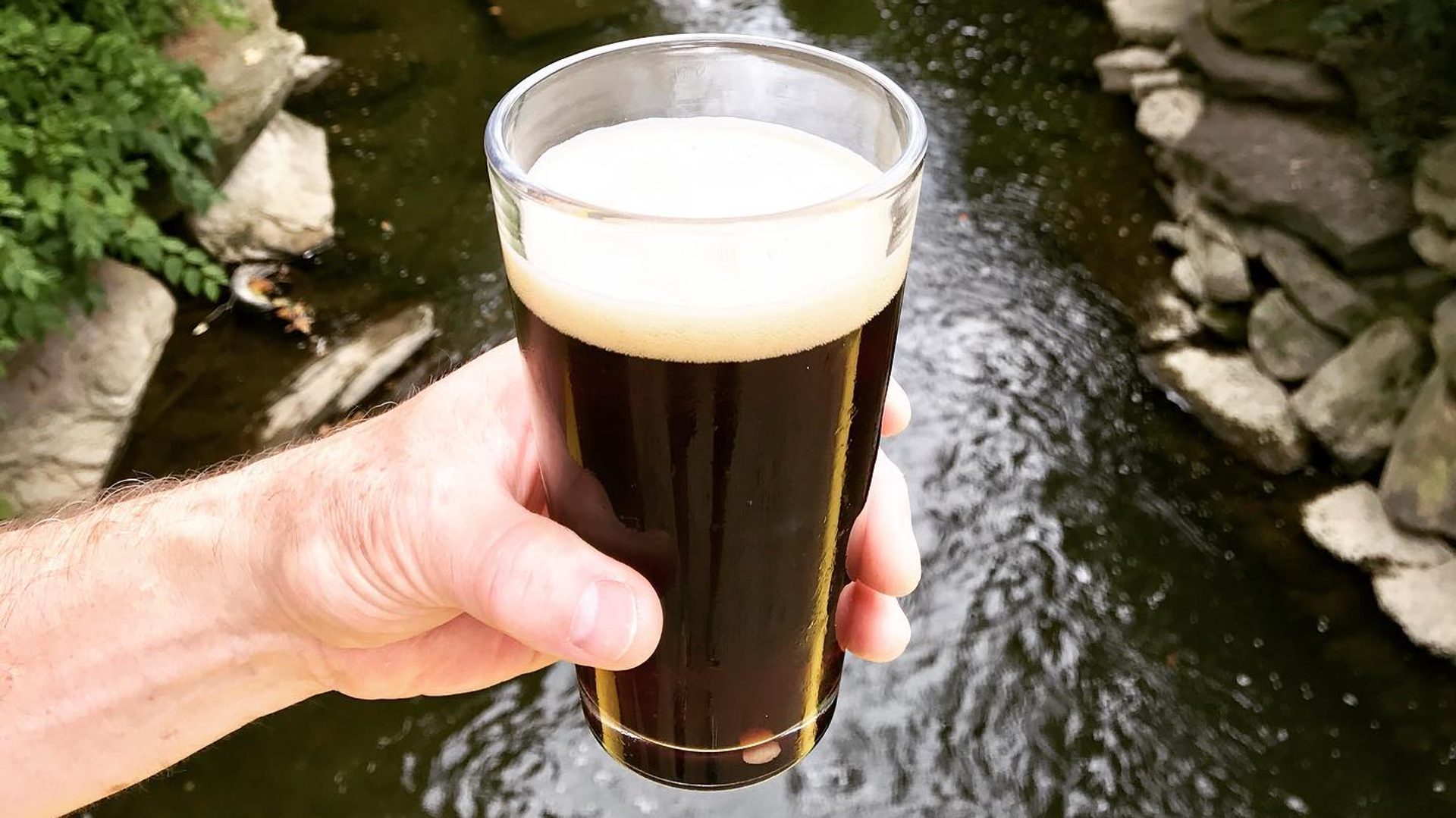 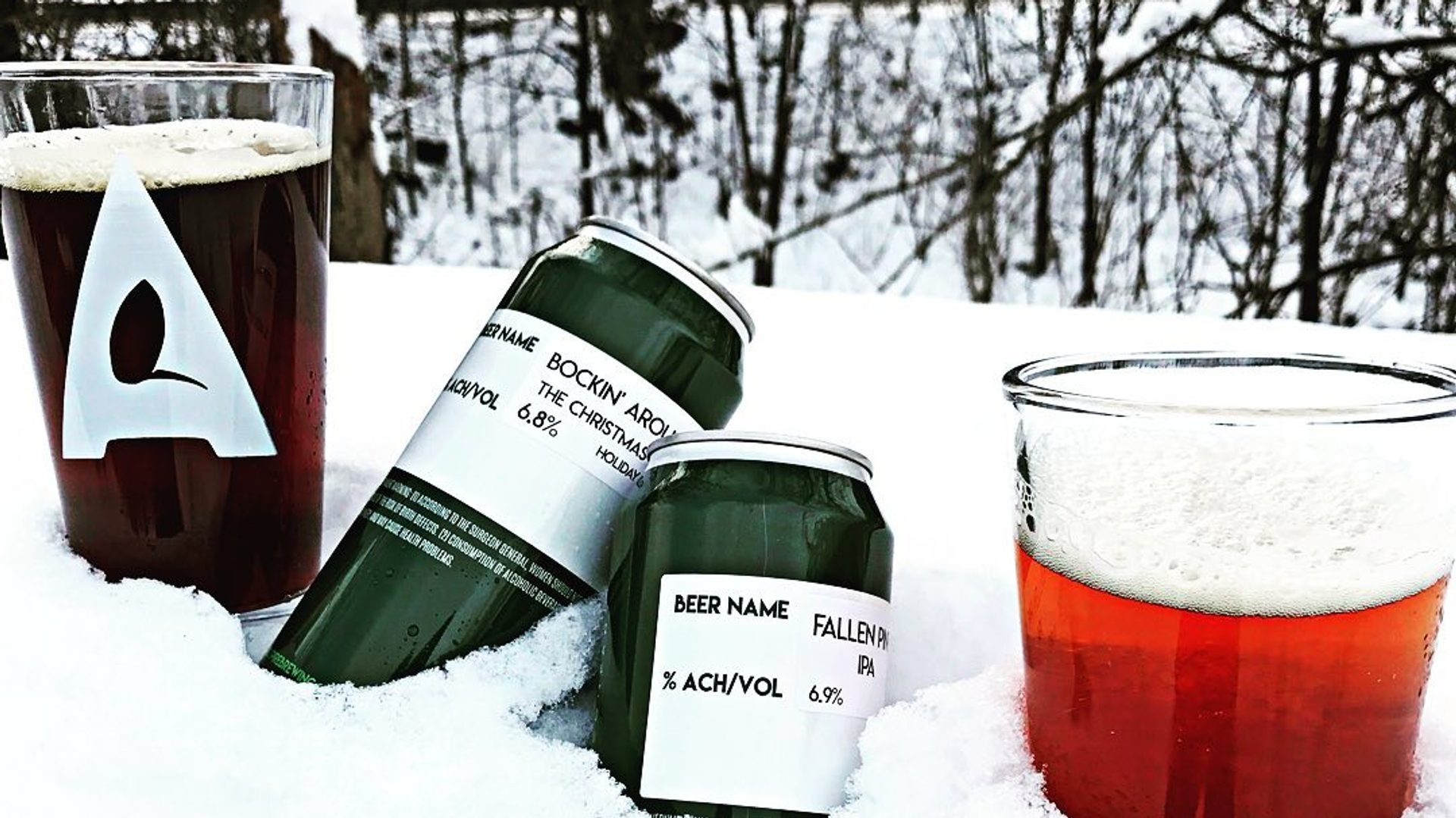 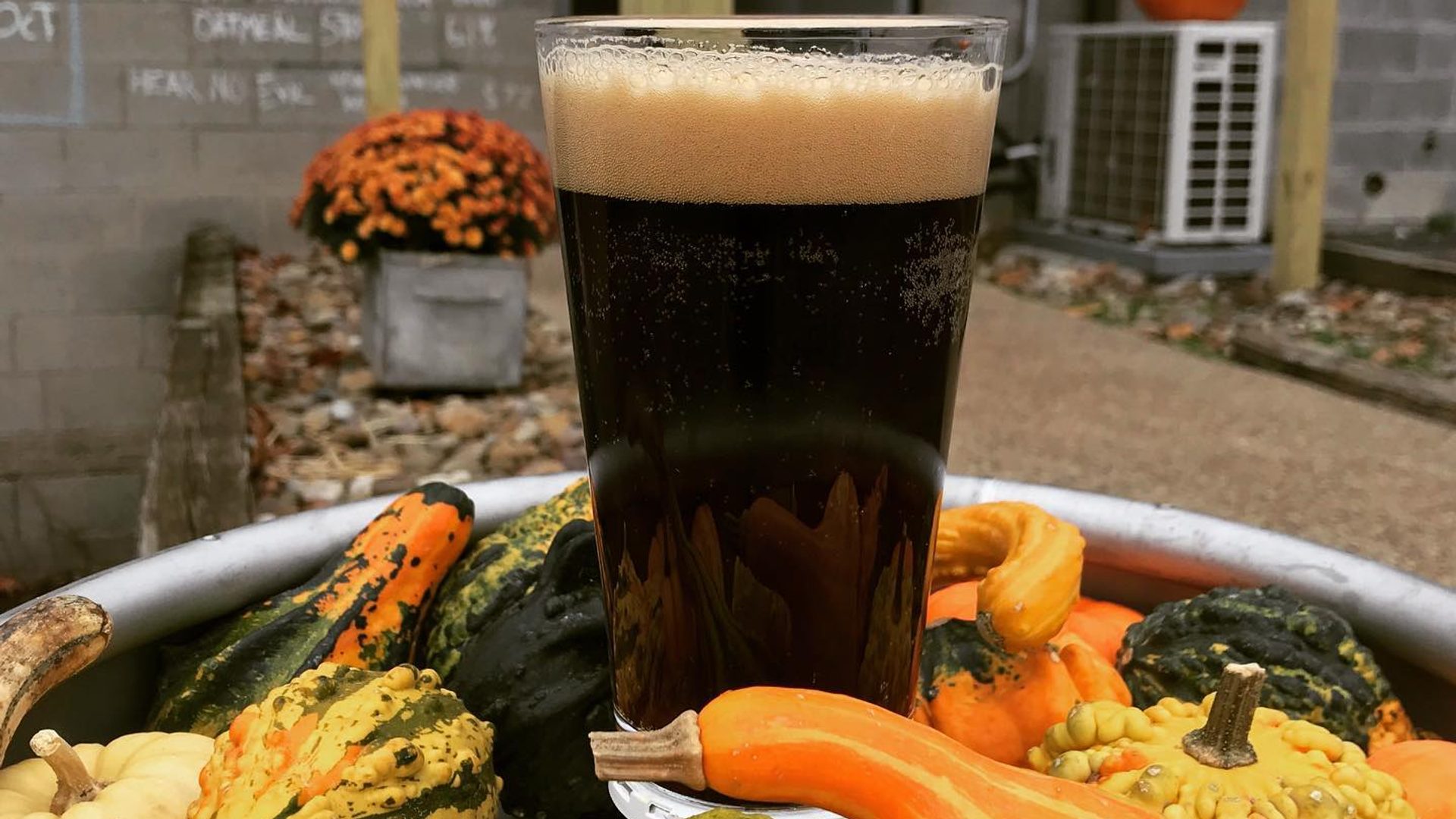 Acrospire Brewing Co. is just that – a brewery. We are located in Glenshaw, PA and specialize in traditional craft beer flavors and new classics. Brewing small batches allows us to be nimble and make a wide variety of styles and flavors.

We have solidified a professional, mature customer base that is rooted in the northern suburbs of Pittsburgh. They are sophisticated and educated beer drinkers with a selective pallet for craft beverages and love the idea of a brewery in the suburbs.

Our customers love the variety that we provide and often compliment us on having so many different styles. We pride ourselves on producing very approachable and drinkable craft beers.

We built Acrospire from the ground up. Meaning, that we literally built the space that we are in from the ground up. Our space is small but productive. It began as nothing but a corner of a warehouse. We cleaned up the space, designed it, and started building walls and hanging drywall. We did it all by ourselves. We truly put the craft in craft! 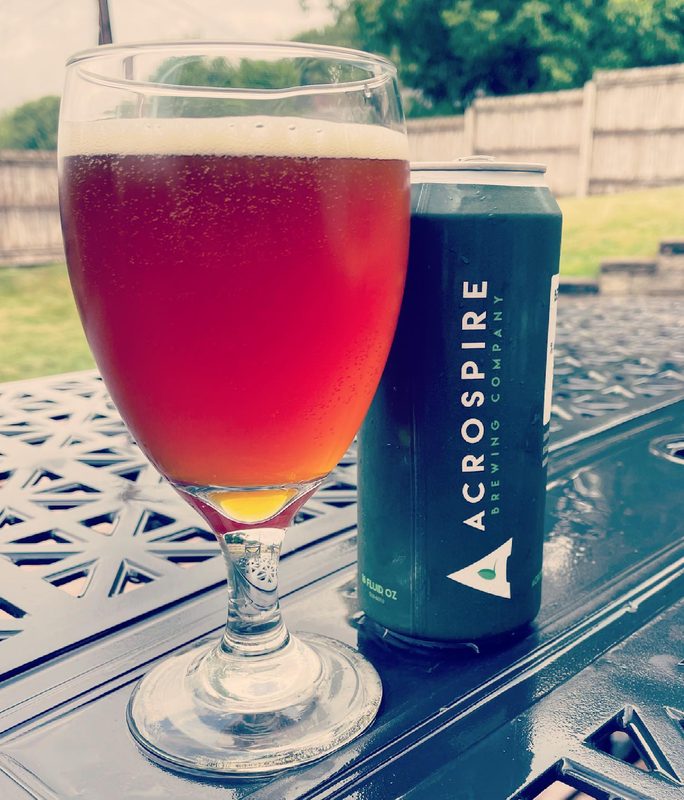 We’re currently operating as a 100% “to go” brewery. All growlers and cans are sold to go. We do have some outdoor seating where our customers can enjoy our beers, but we have no indoor, traditional taproom.

The project we are embarking on with this campaign will allow us to expand to a larger space and open an indoor taproom. We’ll be able to host people in a comfortable, friendly atmosphere where they can relax and enjoy our craft beers with friends.

In addition to a taproom, we can begin to expand our production. Increased production will allow us to serve more people, fulfill distribution orders and stabilize our business. 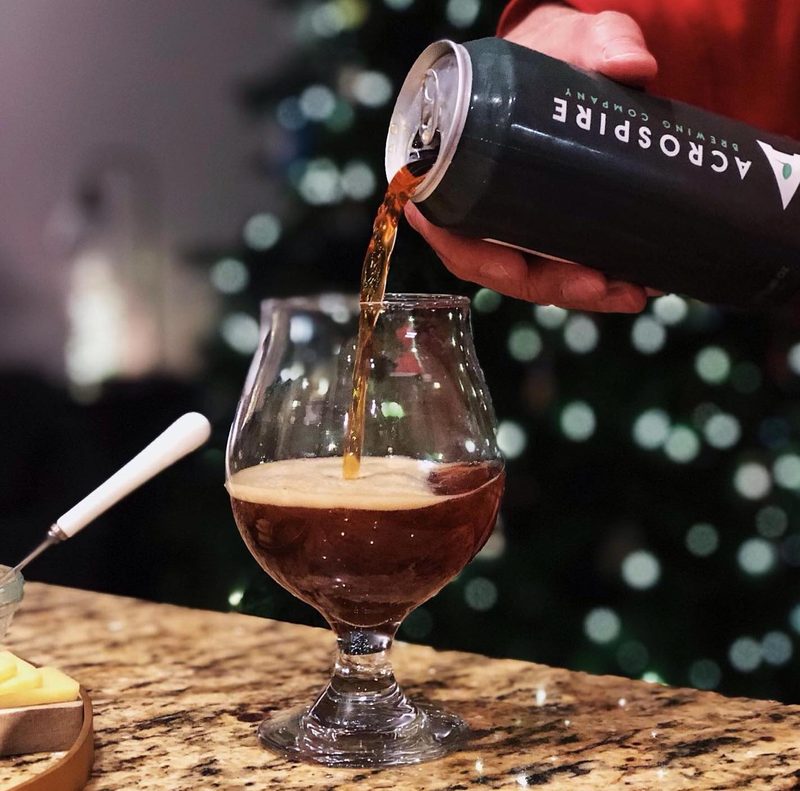 A taproom will provide a space for our customers to enjoy their beer indoors!

Greg and I both started homebrewing in college (many years ago and at different schools). I brewed for several years, but I found other hobbies and ultimately moved on to only drinking beer. However, Greg stuck with it over the past 30 years. Having a professional background in chemistry and process development/improvement, his natural tendency was to study the details of the process and continuously improve the process to create the best product.

When Greg moved back to Pennsylvania, to the Pittsburgh area, he and his wife decided to attend the same church at which I was already a member. We met and quickly became friends. Fast forward to 2017; we took a bike trip on the Great Allegheny Passage. With a bike trailer full of beer, our breaks became longer and longer. But, during those breaks, we discussed the idea of teaming up to ditch the corporate world and make beer for a living.

It took some time to come up with a plan and build out a small two-story, 800sqft brewery in the corner of a warehouse, but we finally opened to sell beer to go in February 2020. Just a few short weeks after that, the world got hit with the coronavirus pandemic.

We’ve since survived the pandemic shutdowns and now we’re ready to expand. 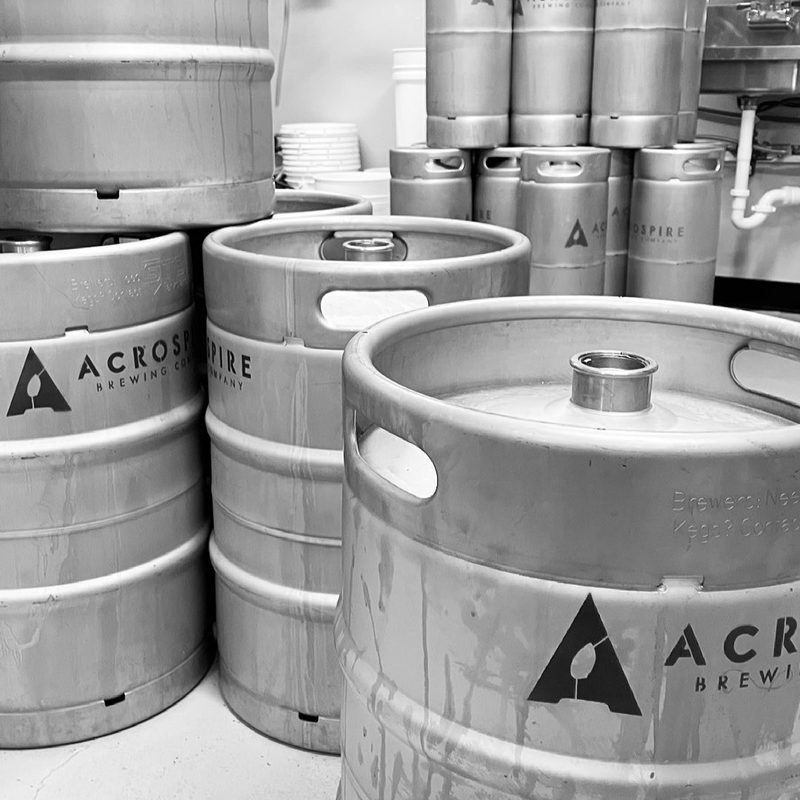 Greg's background in chemistry leads to some exceptional beer!

Our plan for the brewery over the next 1-3 years is to expand into a larger production space with a taproom, Increase (brewhouse) production capacity, and continue our evil plan to take over the beer world and be western PA’s premier destination brewery. 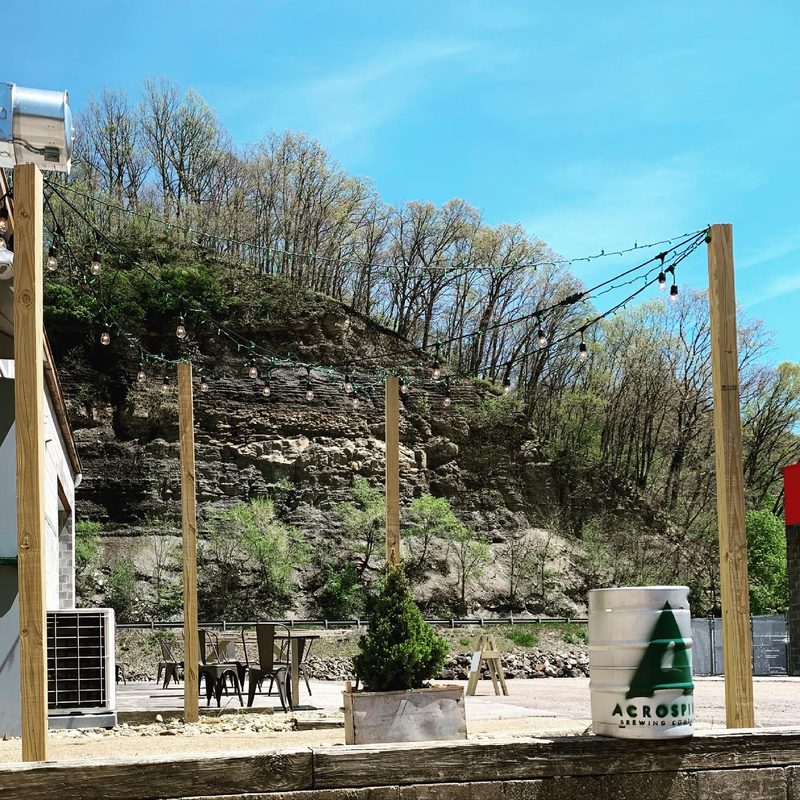 Our outdoor space is already open! 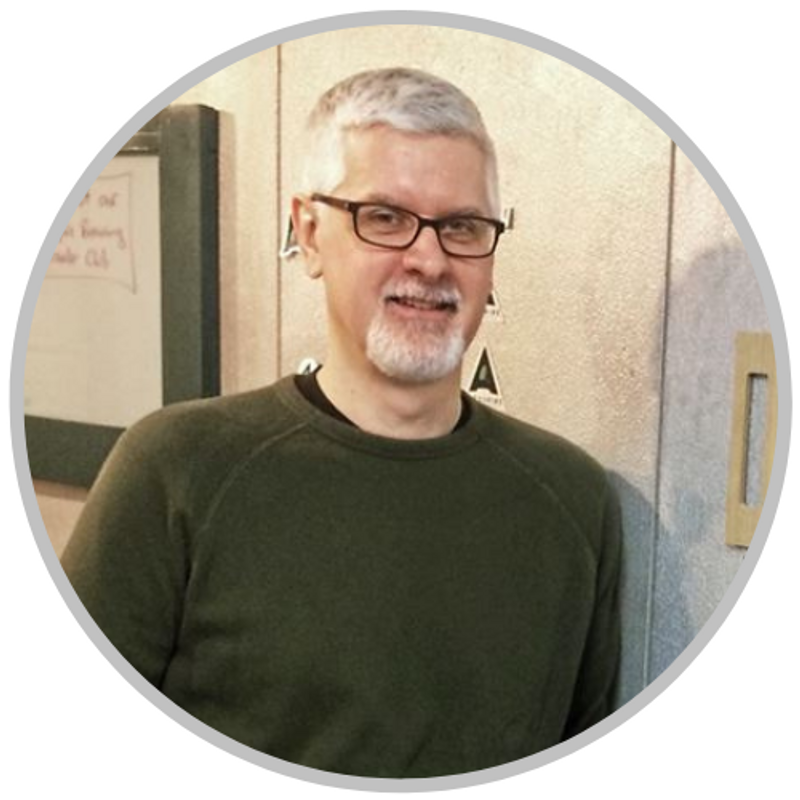 With a bachelor’s degree in Sociology and a master’s degree in internet information systems, Eric has grown up in business in customer-facing roles from the very start. He spent the last 15 years in the healthcare tech industry helping customers solve problems and maximize their ROI. Early on, Eric got his hands dirty on the front lines, supporting customers on technical issues. More recently, Eric worked on the business side coaching his customers on best practices, managing large-scale projects, and doing whatever it takes to keep the customer happy. Along the way, Eric managed technical support and account management teams in the healthcare tech arena, taking pride in leading & coaching his teams to success.

Besides work, Eric has supported Special Olympics as an Alpine Competition Volunteer acting as a gate starter on the advanced downhill courses. Over the last several summers, he has dedicated time to volunteer with ASP (Appalachia Service Project) where his church would travel to rural towns in West Virginia, Virginia & Kentucky to repair homes in order to be warmer, drier, and safer for Appalachian families. Eric is active at church, happily married for the past 25yrs and has two incredible daughters in college. 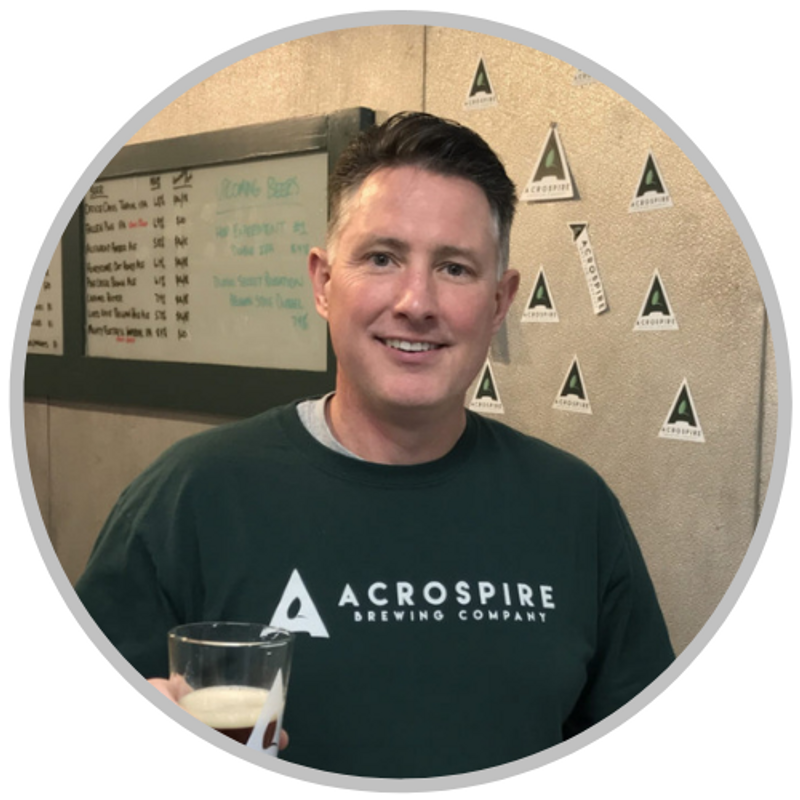 Gregory (Greg) started his career with a B. S. in Chemistry from Penn State and worked as a process chemist at Rütgers Organics for several years before returning to graduate school. He ultimately earned his Ph.D. in Chemistry, with a focus on polymer synthesis, from Penn State University in 2002. A post-doc in the Polymers and Coatings Group at Los Alamos National lab followed, and he became a permanent Technical Staff Member in 2004. He worked 8 years in a variety of technical and managerial capacities on projects including polymeric fuel membranes, space nuclear fuels, uranium processing, and high explosives processing and testing. As technically fulfilling as those positions and projects were, Greg decided to return to Pennsylvania (Pittsburgh) to be closer to family and work in the Industrial Sector. After short stints in a startup and as a QA manager for a local polymer manufacturer, he became a Research Engineer at U. S. Steel, where he works currently investigating processing issues related to pickling, coating, and product surface quality.

While in graduate school obtaining his Ph.D., Greg met his wife, Kristy Long, with whom he has two boys: Owen (13) and Ethan (11). His hours outside working at U. S. Steel and Acrospire are spent attending soccer practices and games, helping with trumpet (Owen) and trombone (Ethan) practice, and working on home improvement projects. Throughout his adult life, he has been an avid homebrewer and has derived great enjoyment from researching the processes and underlying chemistry, as well as sharing the final product with friends. Creating and operating a brewery has been one of his long-term goals – perhaps best termed his dream.

If you choose to invest, you will make a one-time investment via ACH that will be transferred to a secure escrow account. If the campaign successfully reaches its target, the funds will be distributed to Acrospire Brewing LLC.

Your ongoing responsibilities from investing are very limited. Over the life of the loan, you will receive a yearly 1099-INT, which is a simple tax document similar to what you receive for most savings accounts.*Individual payments may vary slightly based on rounding. Potential repayments include principal and interest; they do not include the one-time fee which is assessed when you make your investment. These amounts are calculated as a hybrid interest-only + amortizing loan, which means that there is a specified interest-only period followed by an amortization period. There are no prepayment penalties and Acrospire Brewing LLC may pay down their loan early, which may impact your earnings potential. Please note: returns are not guaranteed and investors could lose some or all of their investment.

Acrospire Brewing LLC pays as agreed. You will receive quarterly payments directly into your bank account. In the event of a default, you will be contacted by the administrative agent to manage the collections process on the investors' behalf.

Now that we have seen that our questions come up in our "manage" page, we have answered a question, and the Q & A come up at the bottom of our campaign page. Please let us know if you have any questions about our plan or our product, and we'll be sure to get back to you as quickly as possible. Thank you for checking us out!

+ I can’t find where to go back to incomplete investments. I have two duplicate investments pending where I only want the most recent. You should provide an obvious link for revising pending investments

This question was posted to Acrospire, as opposed to the Honeycomb support people. I'm not 100% sure what the investor's page looks like, but if you're still having trouble, please let me know. I'll find out what the answer is for you -- OR I can actually cancel a specific investment on our "manage" page.