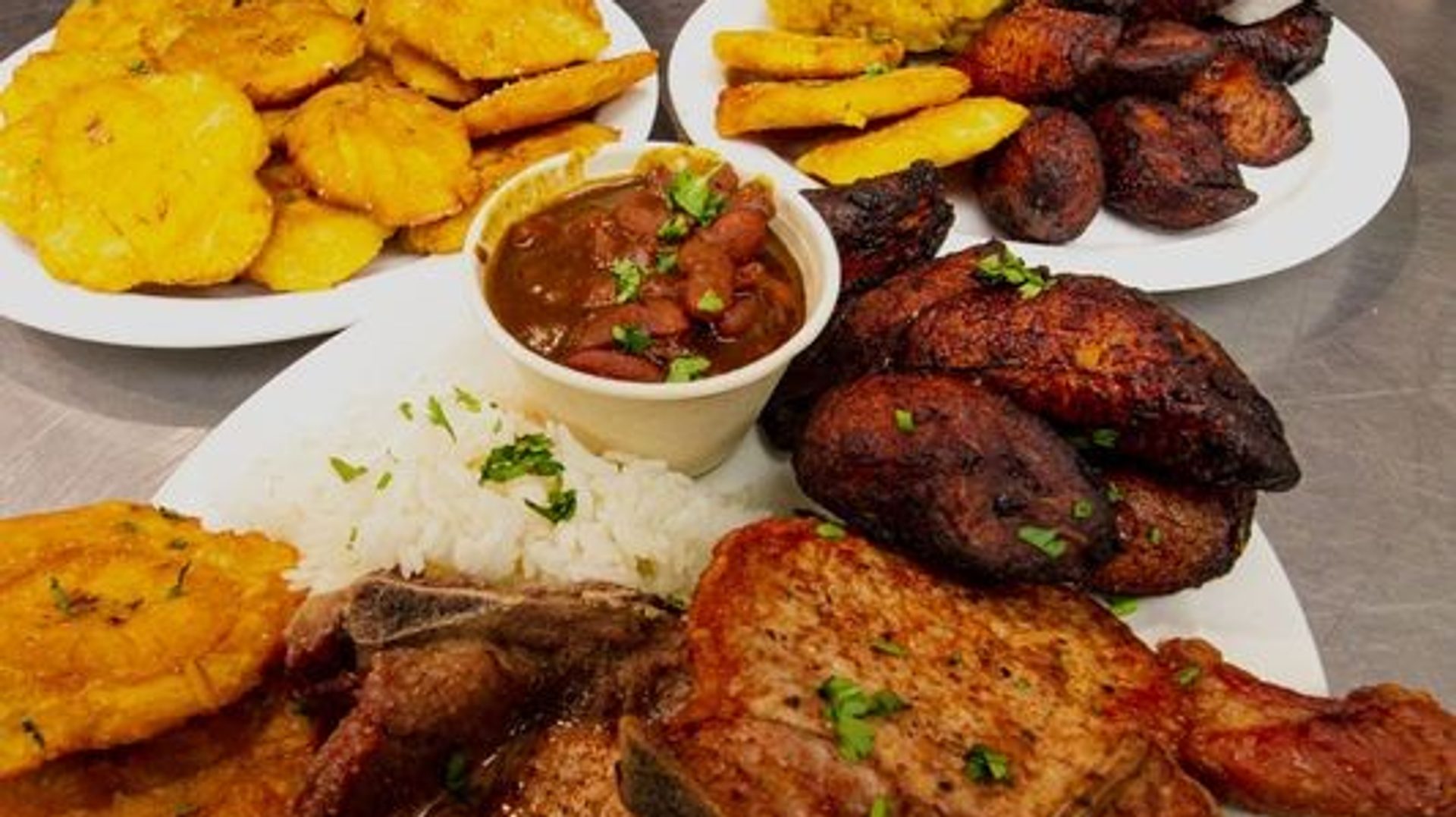 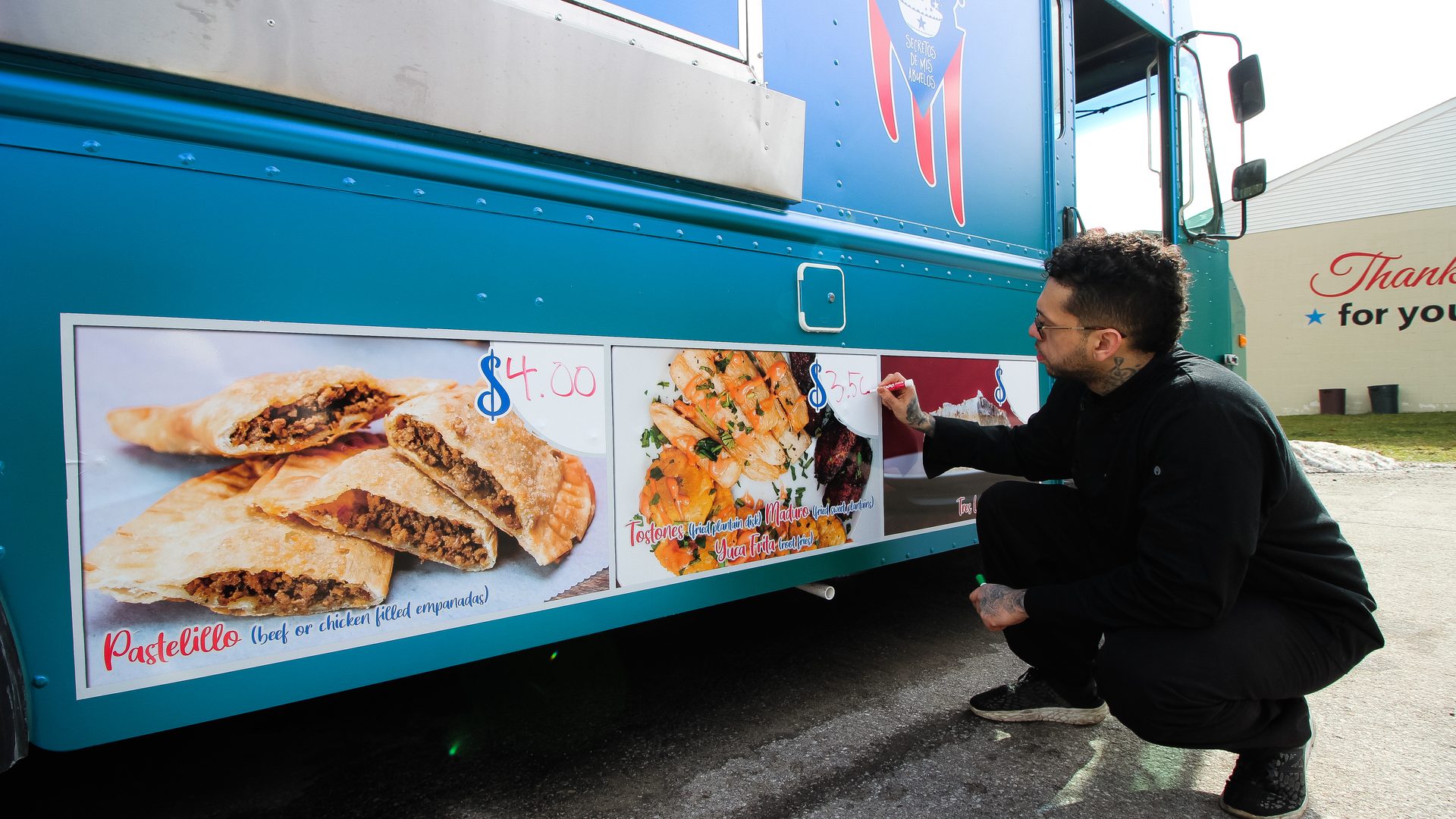 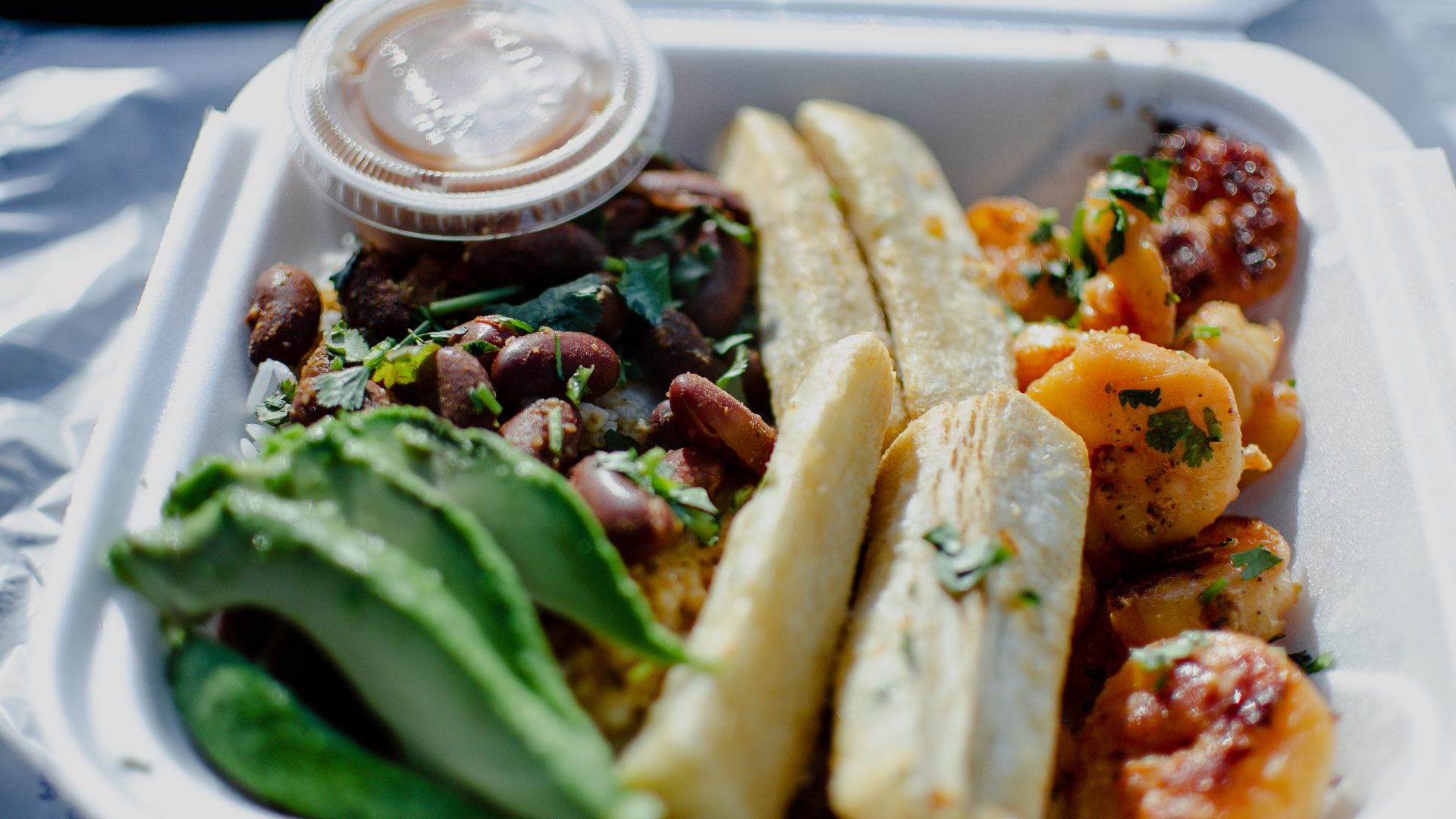 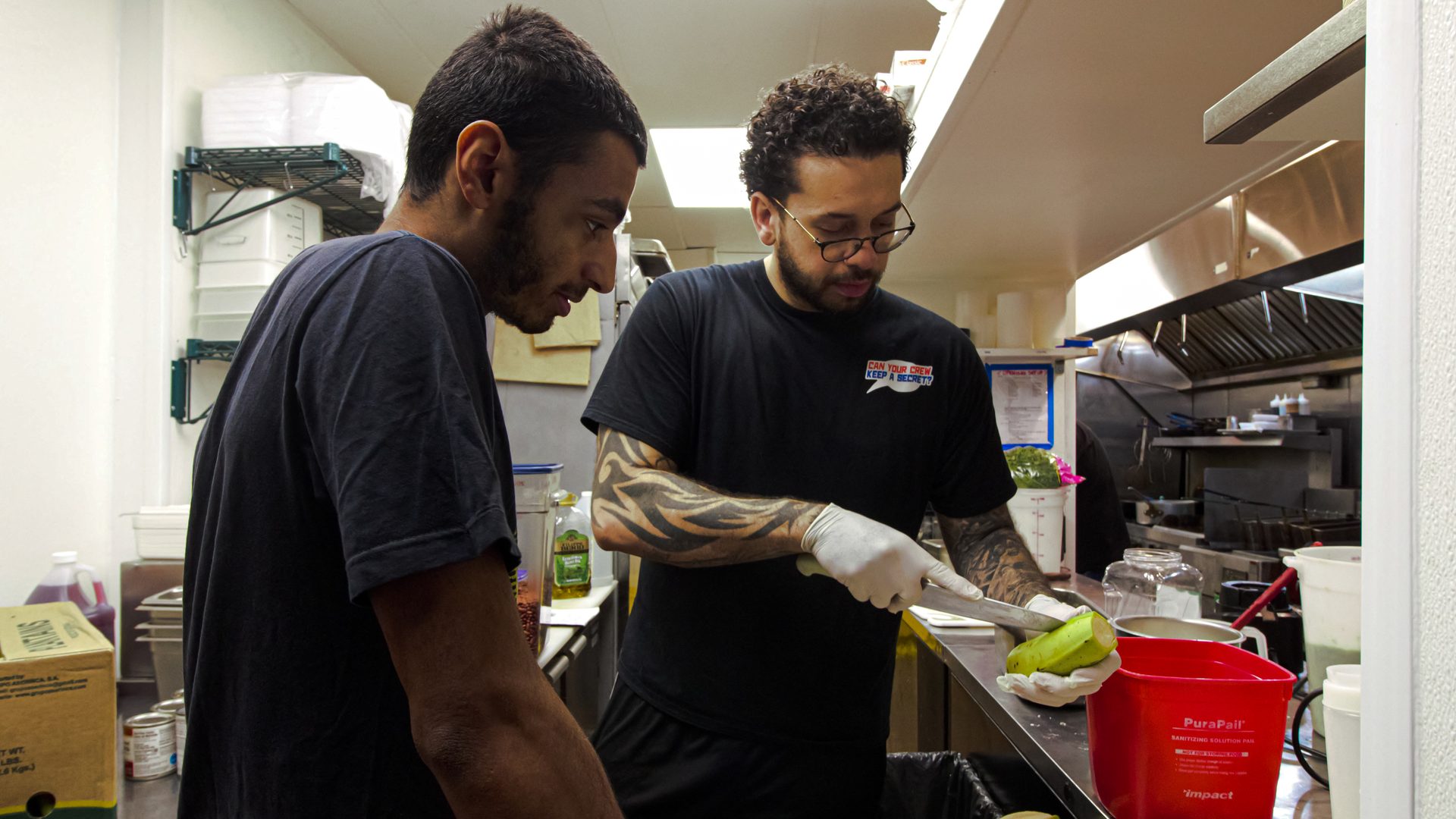 Secretos de mis Abuelos serves authentic Puerto Rican cuisine. This is crucial to the area since Puerto Rico is a part of the United States, so it is technically considered American food. Roberto Clemente, a local legend, is also from Pittsburgh, so one would figure that food from his hometown would be available in the city where he is most famous. What Secretos does is bring food from his culture, and mine, to the city, which has been lacking in cultural diversity since its origin.

The customers we serve are diverse. Different age groups, ethnicities, sexual orientations, professions, all that. They spend good money at the business because they know they are getting some great homemade food. Secretos was actually voted to be a finalist in The Best of 2020, under the category of "Best New Latin Restaurant", losing only to Gaucho.

While we have been in operations for 6 months (March 1st was our first day), we have only been open for service for four of those months. During those four months, we brought in almost $100,000 in revenue, while only being open five hours a day. It would be an understatement to say that business has been booming. 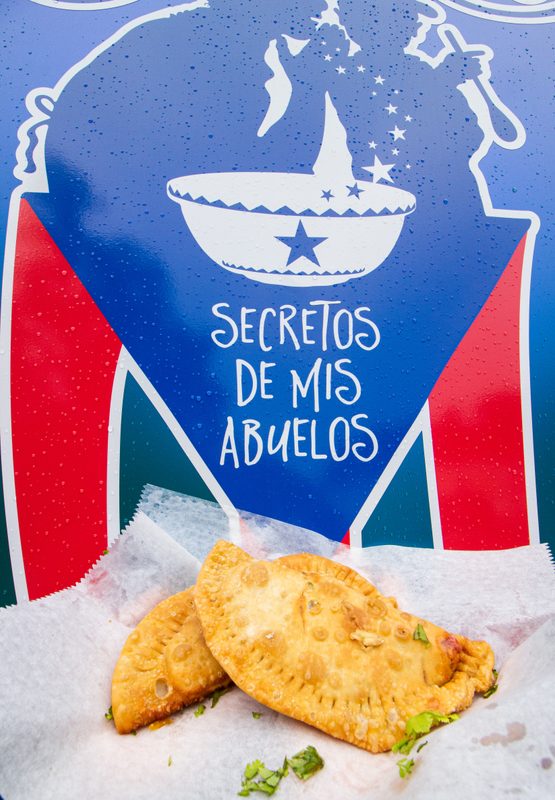 Secretos de mis Abuelos translates to "The secrets of my grandparents"

We moved into a restaurant space that is in need of some remodeling. We plan to hire staff and upgrade most of their equipment. We will be acquiring new signage, painting a mural, spending money on marketing, installing a new security system, installing a walk-in cooler, and renovating the building overall. With the funds, we will be able to cook better quality food at a much faster pace. The building will be in compliance with the city ordinance. The owner will finally be able to step off the business and work on expansion and franchising opportunities. The business will be able to bring some Puerto Rican flavor that the city is lacking. 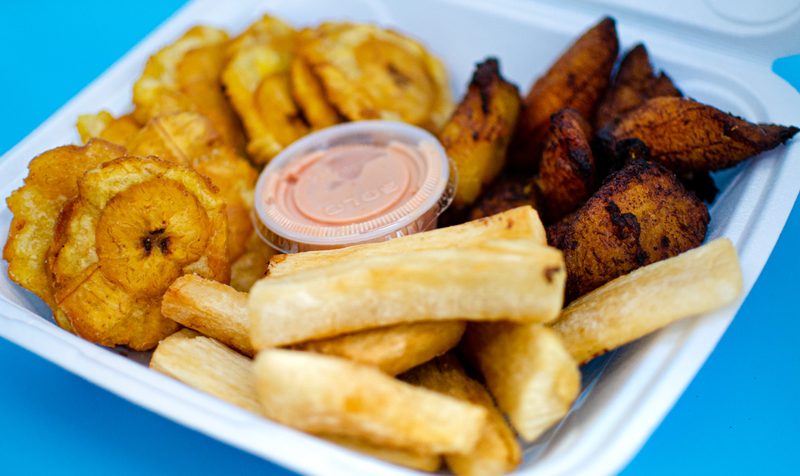 "My grandparents taught me how to cook traditional Puerto Rican food. Secretos is my way of honoring them."

In August 2019, I signed a lease to an unlisted apartment that was under renovation here in Pittsburgh. I didn't know this at the time, but it was across the street from Primo Cuts, the only Puerto Rican barbershop in western PA.  One day, I went to get a haircut there and the topic of food came up, and they told me there weren’t any places to get authentic Boricua food.  This is where my cooking journey commenced. I began catering for a wide variety of events, and with the success I had, I built what began as a side hustle into a brand. I then started this food truck company with the support I had along the way.  My two biggest supporters are my grandparents, they taught me everything I know about cooking.  It was always their dream to have their own food spot, so I give back to them by serving their recipes on the food truck. We have been operating the truck since the spring of 2021. With the support of the community, we are proud to have opened up a permanent location downtown in September 2021. 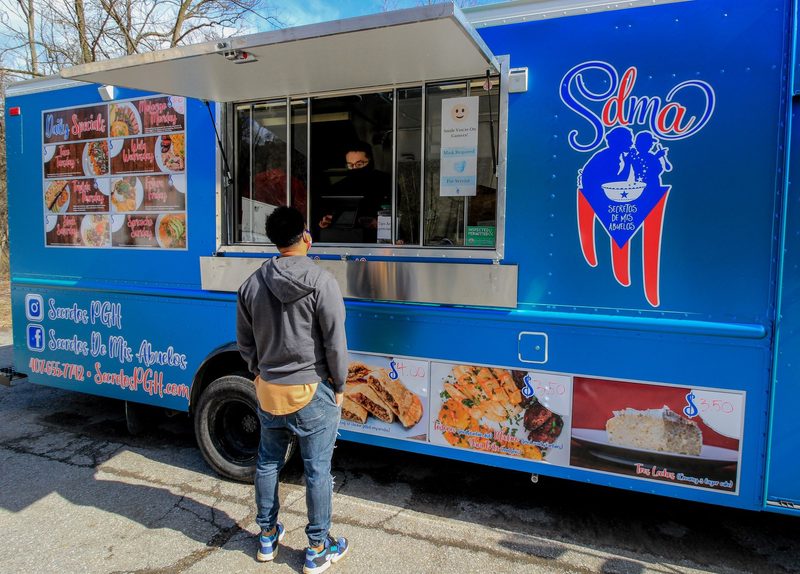 "Puerto Rican culture loves to infect people with food. I want to share this culture with the city of Pittsburgh."

We are building a franchise. We plan to open up locations all over the country. We already have people interested in Chicago, LA, Orlando, and NY. My vision is the spread Puerto Rican culture through food. 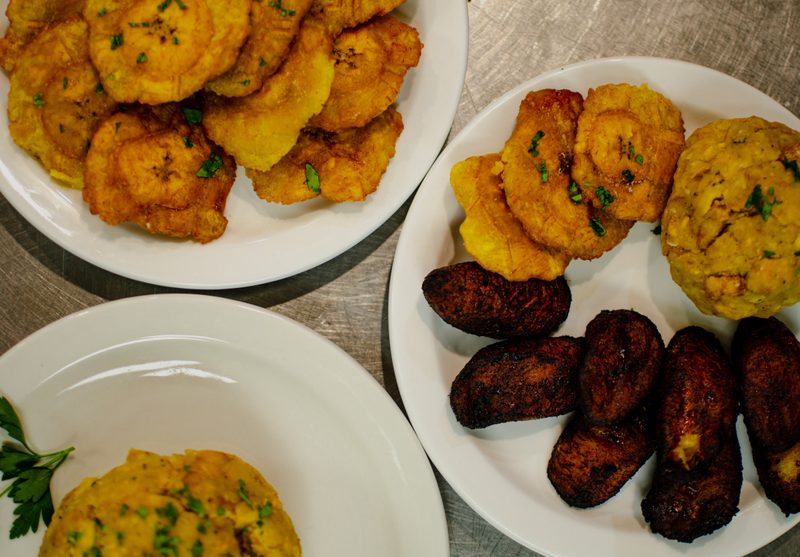 Felipe is a goal-driven individual that can fit 25 hours of work in a 24 hour day. He is ambitious and has goals that are unheard of. During the day, Felipe is a student and researcher at Duquesne University, where he also runs a few organizations that specialize in spreading cultural diversity while assisting the community. For work, Felipe owns and operates Secretos de mis Abuelos, the first Puerto Rican food truck in the history of the city. Also, Felipe has a financial firm that helps individuals with tax preparation, life insurance, business mentoring, and credit repair. On the side, Felipe is an ambassador for a CBD company, CannaHealth Plus, which goes hand in hand with his career choice.

With school coming first, Felipe has his eyes set on attending one of the nation's top medical schools to become a cardiologist. While studying, the opportunity to start a food business came about when he asked his local barbers, also from Puerto Rico, if they knew of any spots to get food from home. When it was brought to his attention that there weren't any places, Felipe took it upon himself to share the recipes his grandparents, native to Puerto Rico, taught him. Six months into starting the food truck, Felipe has generated enough momentum to open a storefront, which is where the food business is at today.

Felipe received a proclamation from the city of Pittsburgh recognizing him as an official public figure!

If you choose to invest, you will make a one-time investment via ACH that will be transferred to a secure escrow account. If the campaign successfully reaches its target, the funds will be distributed to Secretos LLC.

Your ongoing responsibilities from investing are limited. Over the life of the loan, you will receive a yearly 1099-INT, which is a simple tax document similar to what you receive for most savings accounts. *Individual payments may vary slightly based on rounding. Potential repayments include principal and interest; they do not include the one-time fee which is assessed when you make your investment. These amounts are calculated as a hybrid interest-only + amortizing loan, which means that there is a specified interest-only period followed by an amortization period. There are no prepayment penalties and Secretos LLC may pay down their loan early, which may impact your earnings potential. Please note: returns are not guaranteed and investors could lose some or all of their investment.

Secretos LLC pays as agreed. You will receive quarterly payments directly into your bank account. In the event of a default, you will be contacted by the administrative agent to manage the collections process on the investors' behalf.

Honeycomb charges Secretos LLC a $250 posting fee and a 6.0 - 8.0% loan origination fee based on the total amount funded.

+ Hi, Felipe! What's the formal relationship between Hapa Hawaaian and Secretos, especially in terms of the real estate parts of the business(es)? If Hapa were to go under, would that impact Secretos' ability to continue to operate at that location?

Hola! The relationship with Hapa and Secretos is a unique one. Secretos is subleasing kitchen space and cooking their menu, but the recipes/procedures are handled by Hapa’s owner. Hapa manages payroll and other back end operations while secretos handles food cost and inventory. We split utilities and rent, and we also split profit. For this reason, it would be difficult for Hapa to fall through, since secretos would be carrying them if no one orders their food. This agreement is only in effect on a month-to-month basis. After the first two months of operations, the owners will get together and discuss how to proceed moving forward. It is possible that the dual-concept will remain, or that secretos can buy them out. The overall goal, however, is to have a full secretos kitchen at another location and keep the dual-concept on fifth Avenue. Your potential investment helps with that!