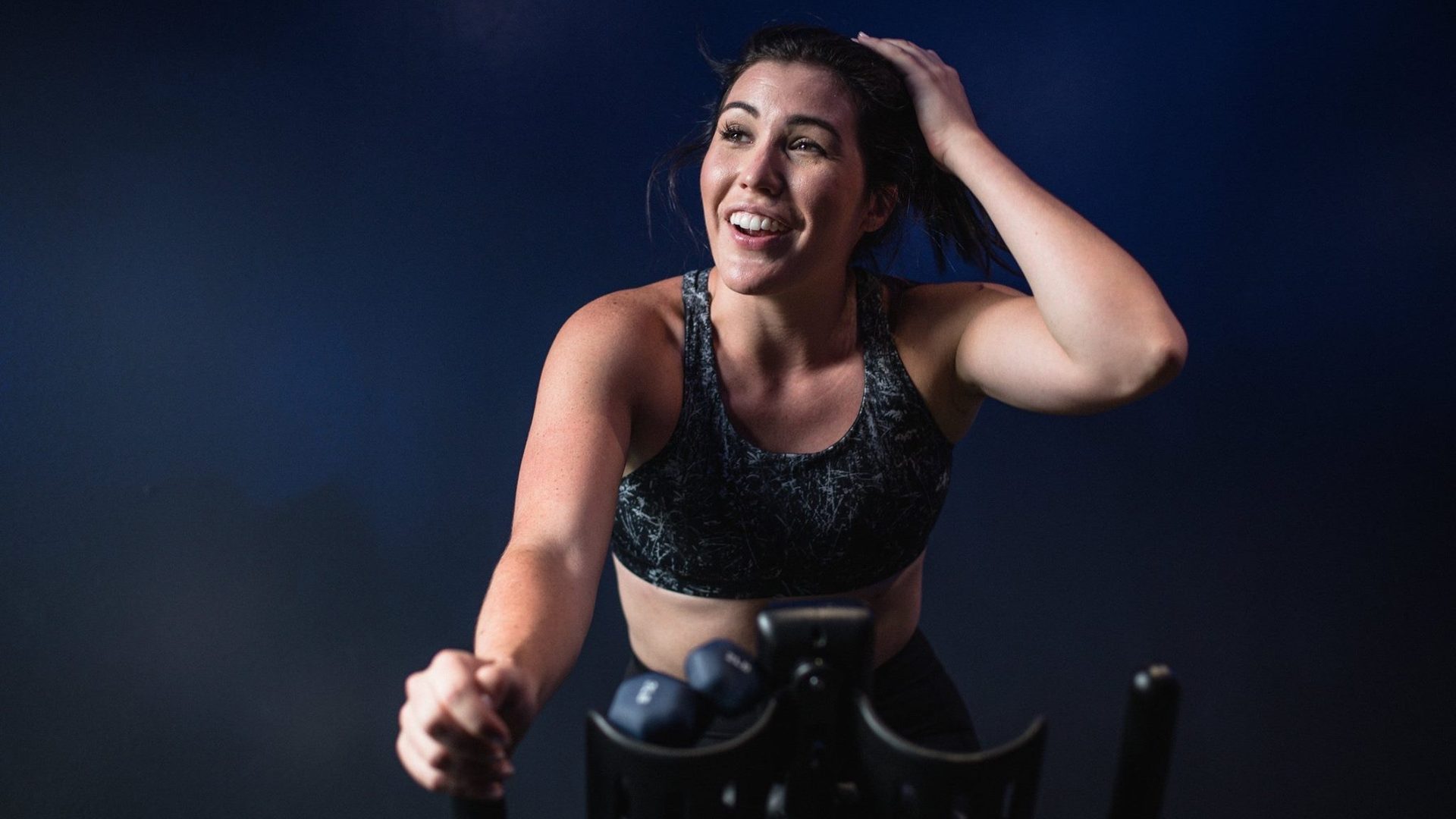 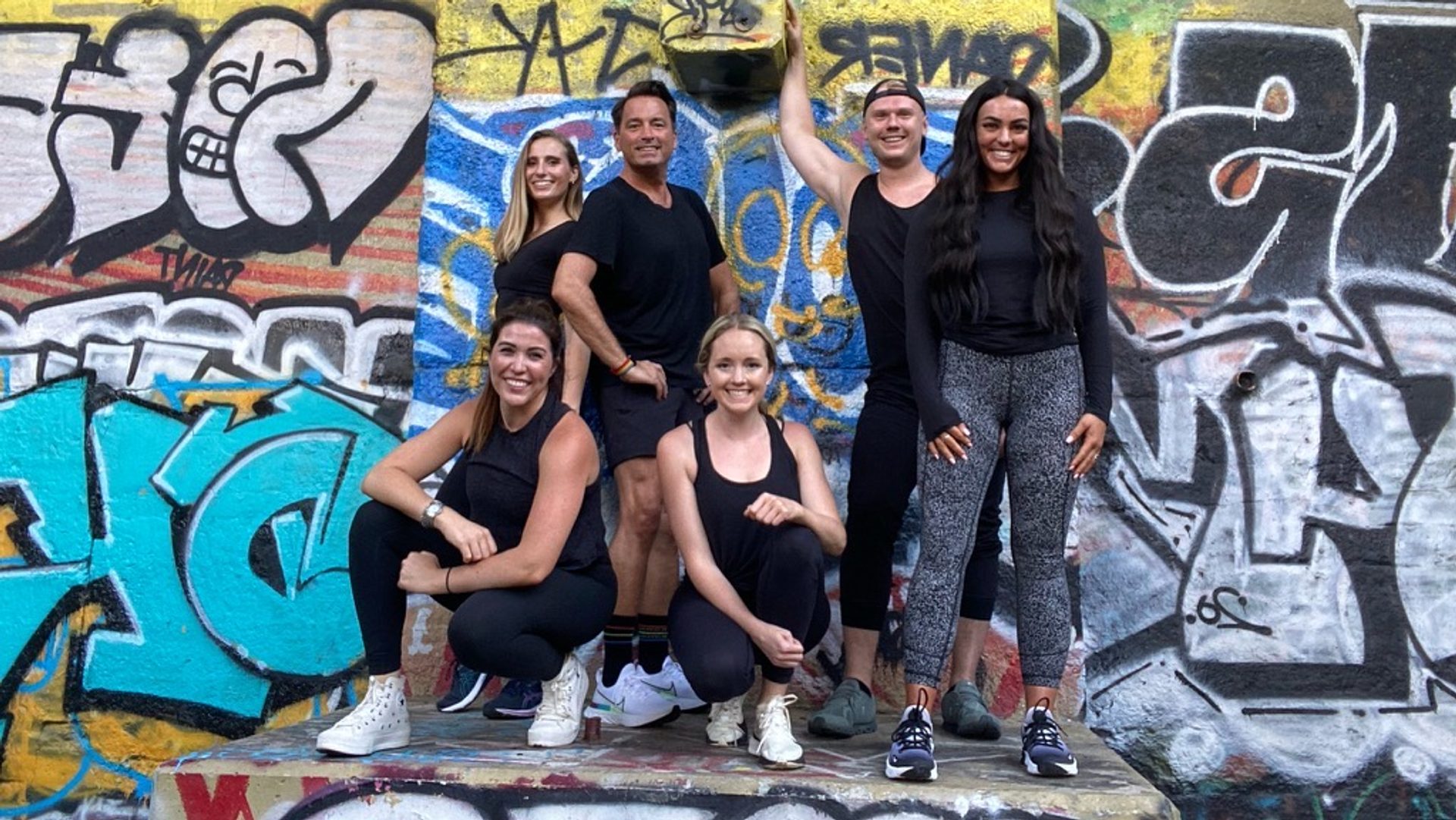 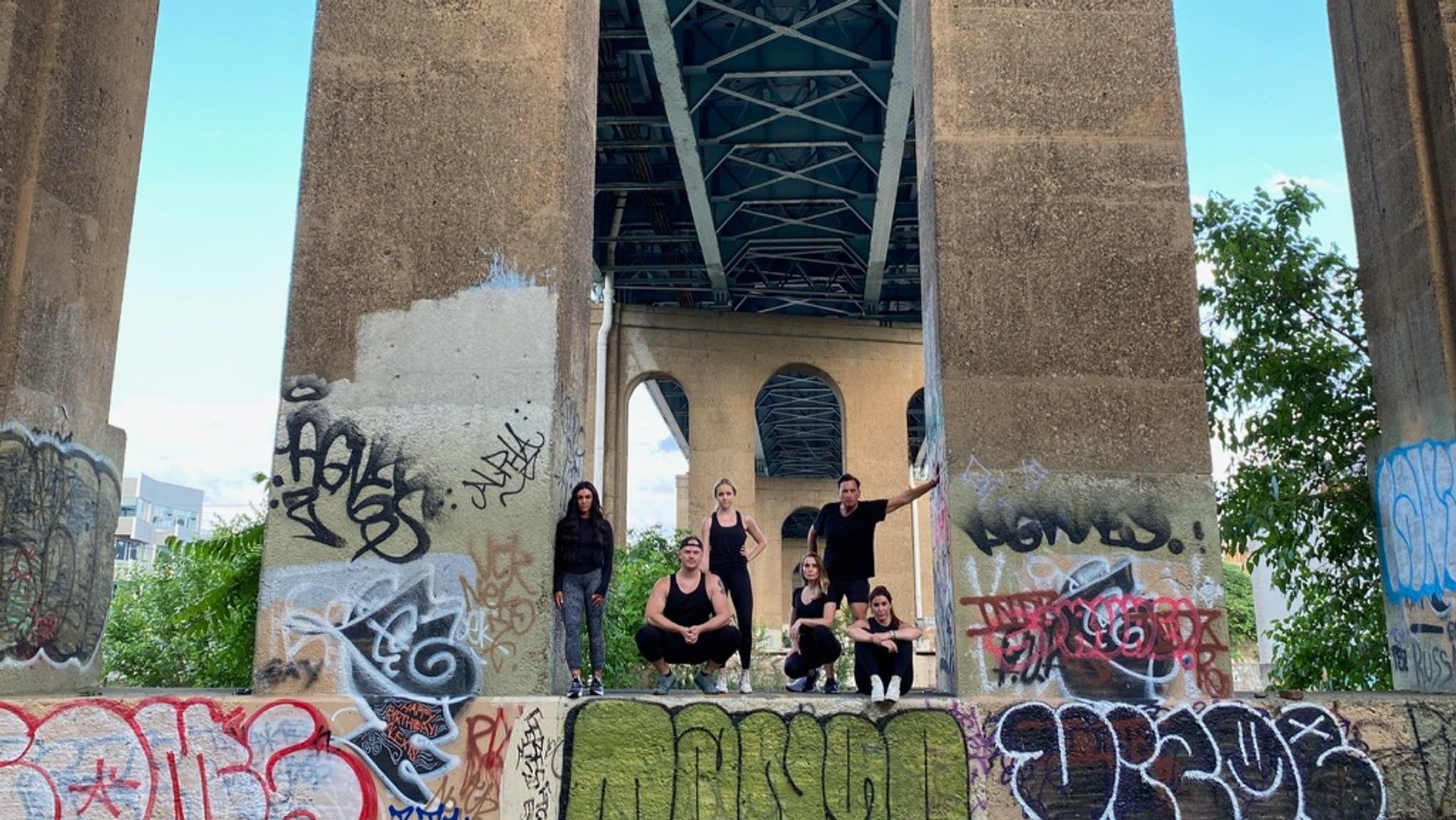 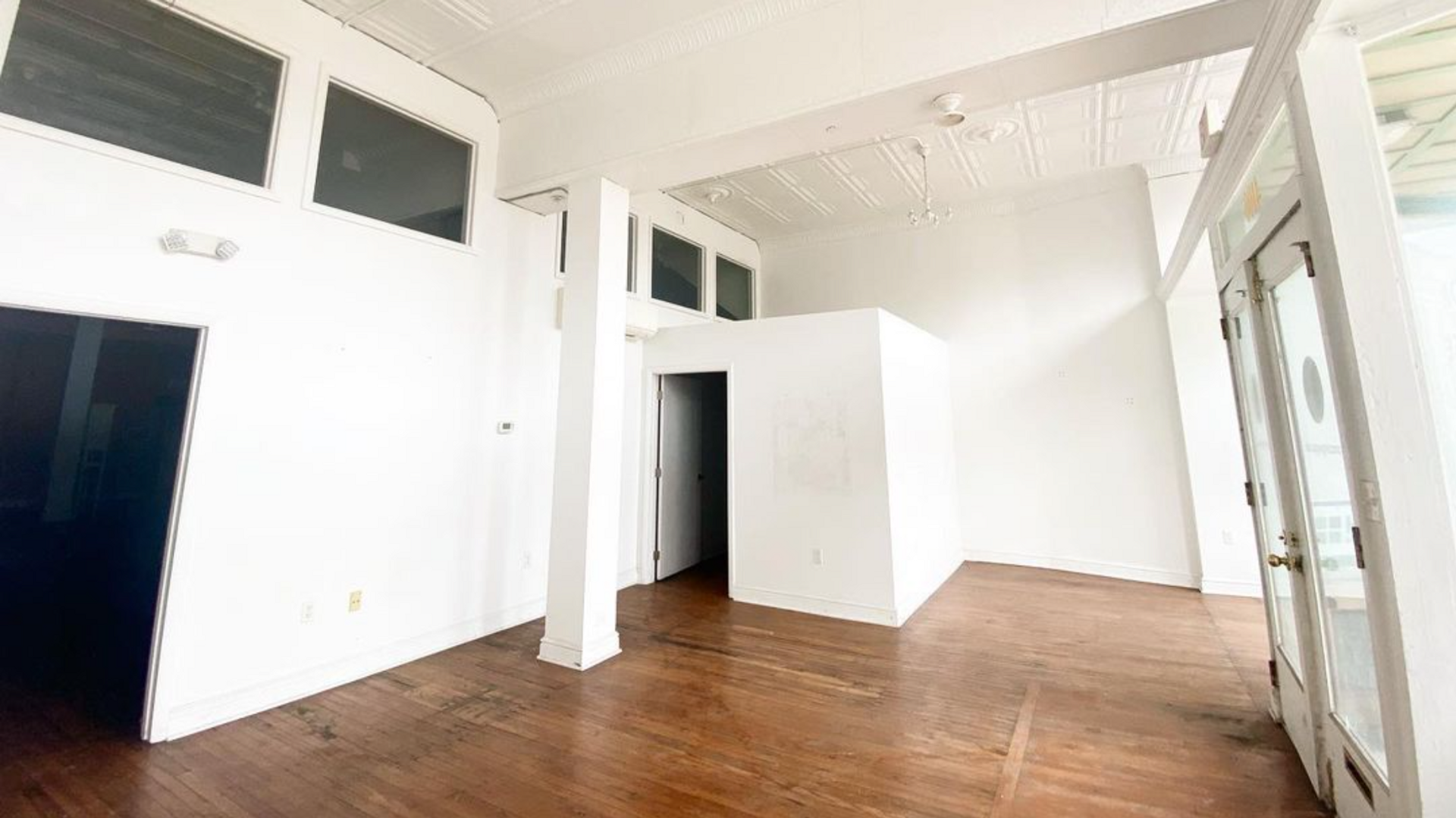 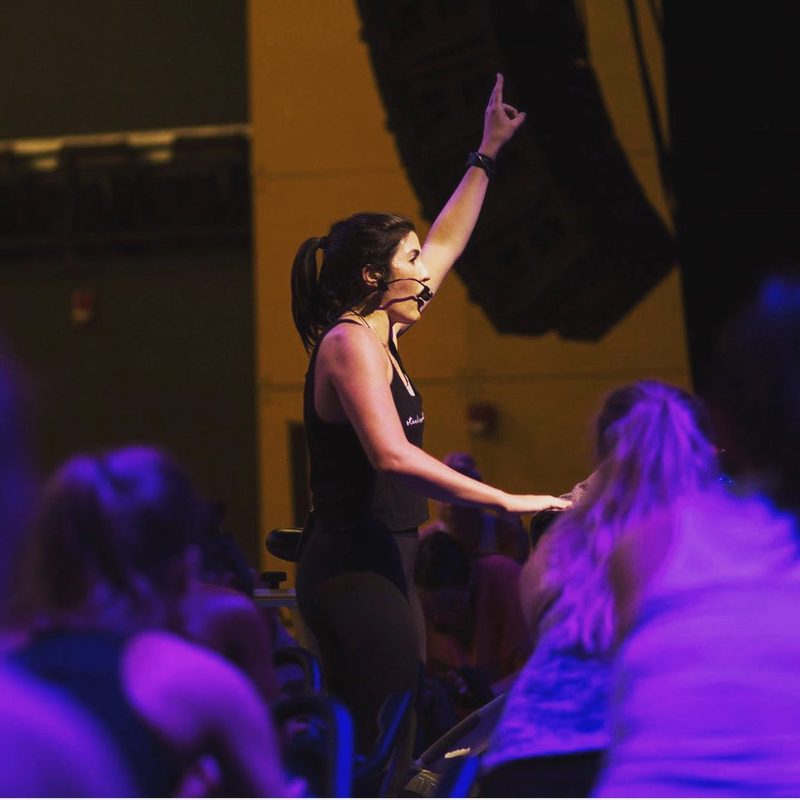 Steel House Cycle is a rhythmic cycling studio to be located in Lawrenceville! Our Mission is for you to dig deeper, ride harder and sweat more. Our house is made of Steel—the substance that brings together this incredible city. But it’s the music, the rhythm, the ride, and the community that makes our house a home!

We are a team that is driven by doing it better. We are committed to providing a space where you can get your best sweat with whatever self you have to give. When you walk through our door, we want you to forget the outside world and be as selfish as you can be—to leave stronger than when you arrived.

We take our inspiration from the steel that surrounds us. It’s tough. It’s timeless. And most of all, it withstands. We believe that a steel ride is equal parts mental and physical. It’s equal parts rhythm and carefully curated drills within the music. It’s about discovering how far you can go. And with each ride, achieving more than you ever thought possible.

If you want a mind and body of steel, join us! We ride for each other, with each other. And get ready for the ride of your life. This is our house. 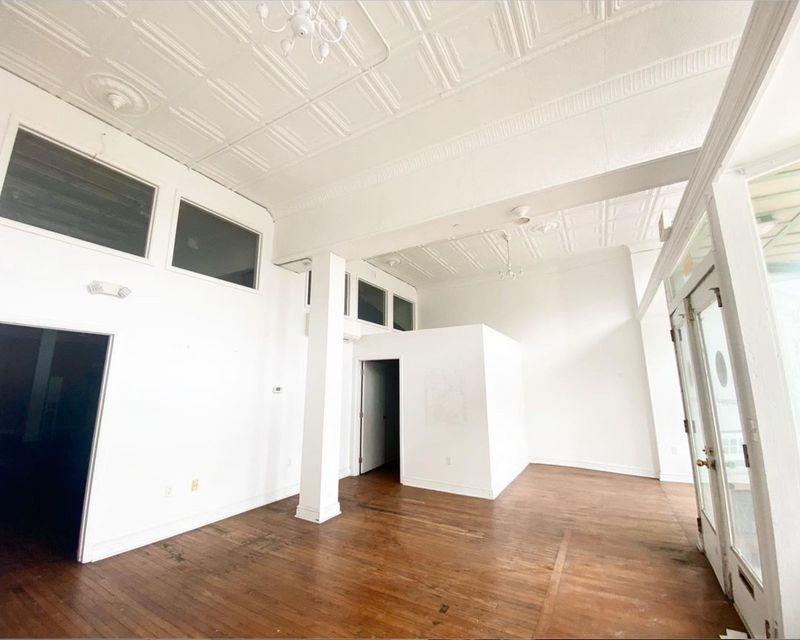 Capital infusion through Honeycomb will allow us to get our doors open! We are excited to take our once virtual platform to an in-studio, boutique environment. We are even more excited to bring our community to Lawrenceville. The use of funds breaks down as such:

After teaching cycling at some of the best national boutique fitness studios, Alison arrived back in Pittsburgh with the only option for teaching being a giant gym corporation. At 23, she decided Pittsburgh needed its first boutique studio—a trend that was taking major metropolitan cities by storm. With partners, she opened her first studio this year. From that point, and over the next six years, she watched the boutique studio environment take Pittsburgh by storm!

Unfortunately, due to COVID and an ending lease, they were forced to shut their doors after six successful years. But when one door closes, another one opens. And she now has the tools needed and a following behind her to open her very own studio in a NEW location. 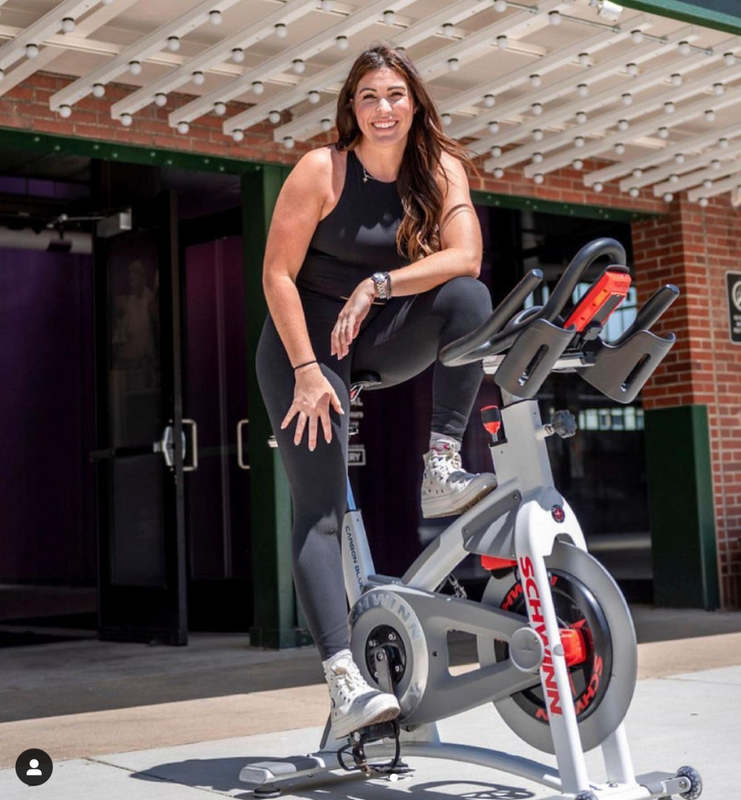 Having success opening her first business at just 23, Alison has spent the last seven years not only owning and running her first cycling studio but becoming quite the Pittsburgh Fitness guru. As a Pro Coach at Solidcore and a varsity coach for both field hockey and lacrosse at a local high school, she spends her days motivating others to be the best version of themselves.

A Pittsburgh native, she left for a short time for College, visiting bigger cities and learning all of what the fitness world has to offer. In her time off, she loves to explore all of the small businesses and personality makers that this awesome city has to offer!

I am so excited to be back in person and bring fitness to Lawrenceville! I really want to submerge Steel House within the community and make the neighborhood even more synergistic—through co-networking and events.

The biggest goal: build one hell of a Pittsburgh community.

If you choose to invest, you will make a one-time investment via ACH that will be transferred to a secure escrow account. If the campaign successfully reaches its target, the funds will be distributed to Steel House Cycle LLC.

Your ongoing responsibilities from investing are limited. Over the life of the loan, you will receive a yearly 1099-INT, which is a simple tax document similar to what you receive for most savings accounts. *Individual payments may vary slightly based on rounding. Potential repayments include principal and interest; they do not include the one-time fee which is assessed when you make your investment. There are no prepayment penalties and the Steel House Cycle LLC  may pay down their loan early, which may impact your earnings potential. Please note: returns are not guaranteed and investors could lose some or all of their investment.

If Steel House Cycle LLC pays as agreed You will receive quarterly payments directly into your bank account. In the event of a default, you will be contacted by the administrative agent to manage the collections process on the investors' behalf.

Honeycomb charges the Steel House Cycle LLC a $250 posting fee and a 6.0 - 8.0% loan origination fee based on the total amount funded.

Having success opening her first business at just 23, Alison has spent the last seven years not only owning and running her first cycling studio, but becoming quite the Pittsburgh Fitness guru 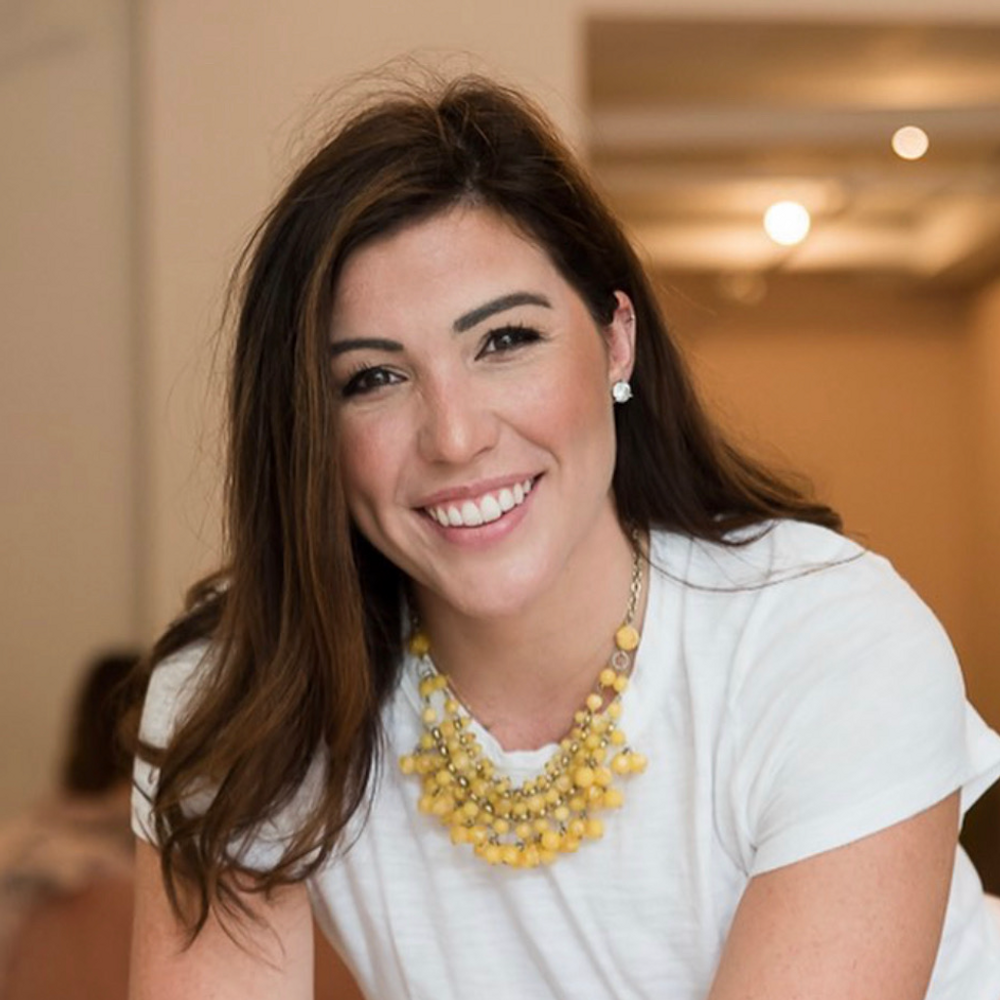 Having success opening her first business at just 23, Alison has spent the last seven years not only owning and running her first cycling studio, but becoming quite the Pittsburgh Fitness guru 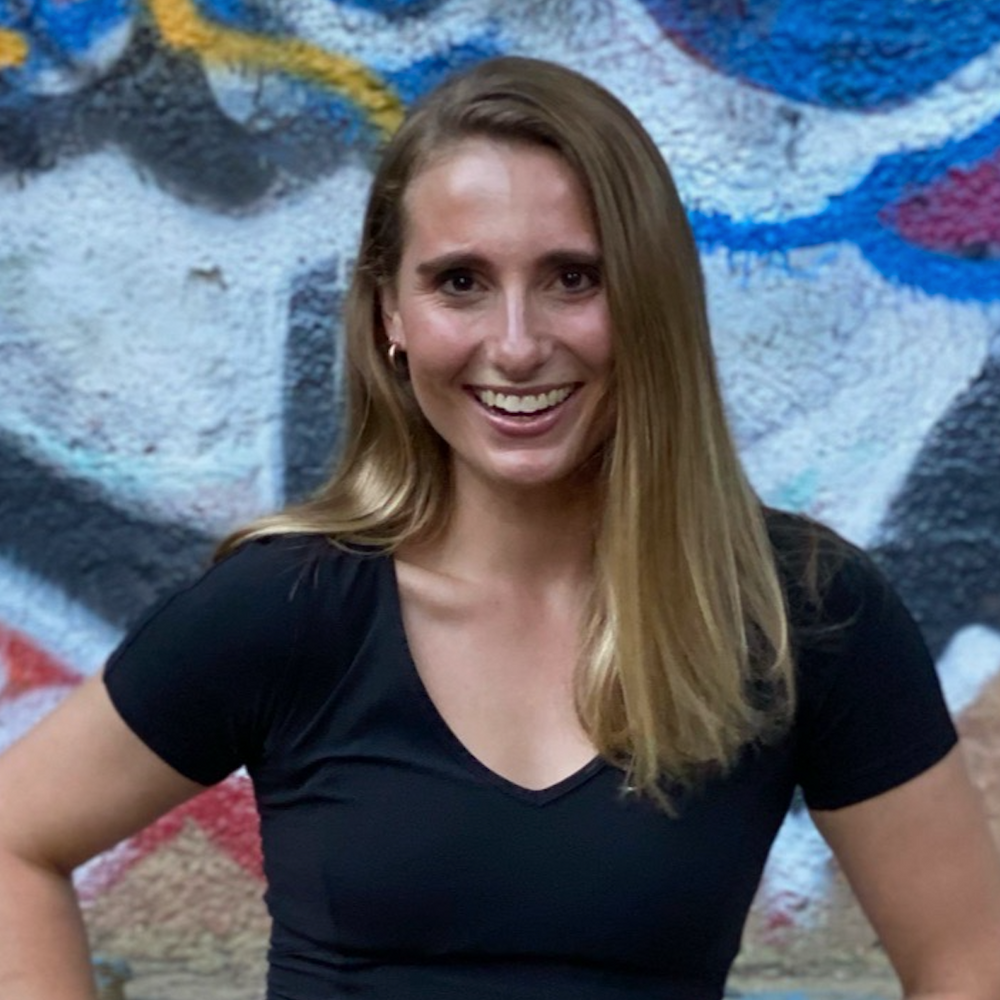 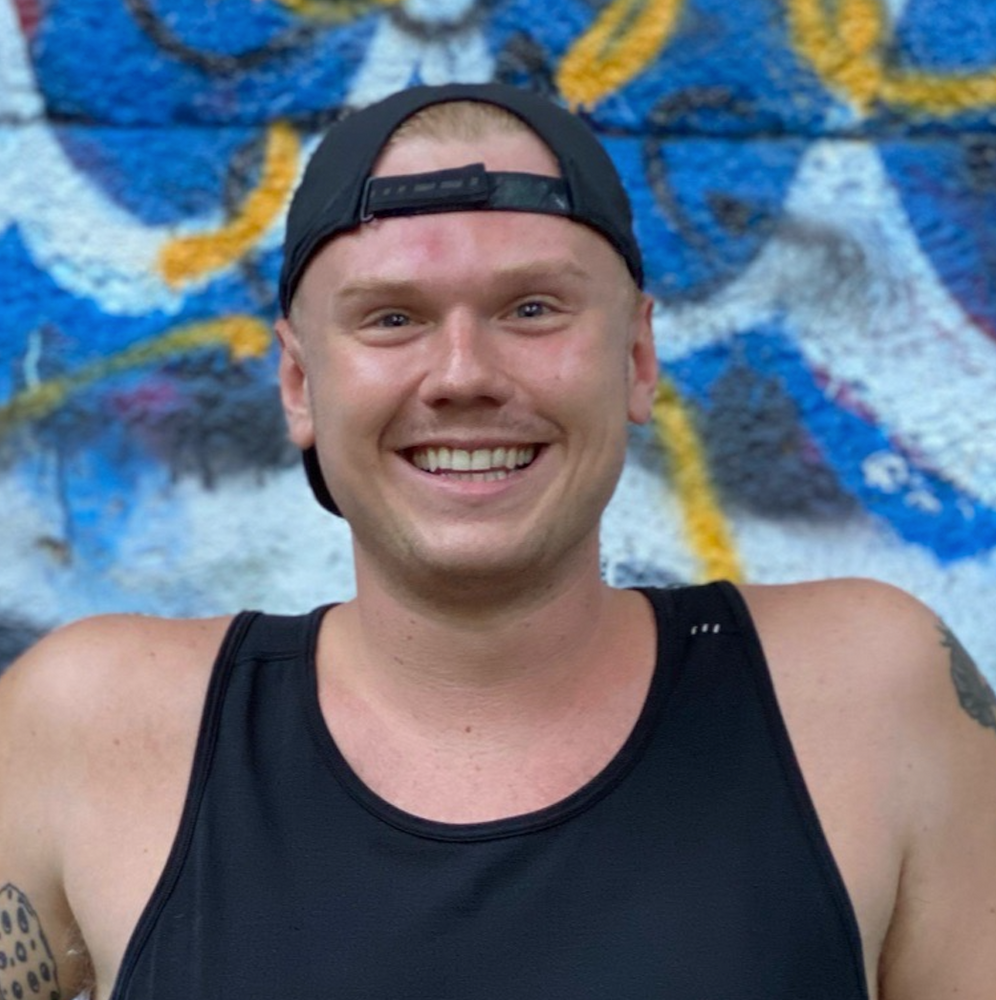 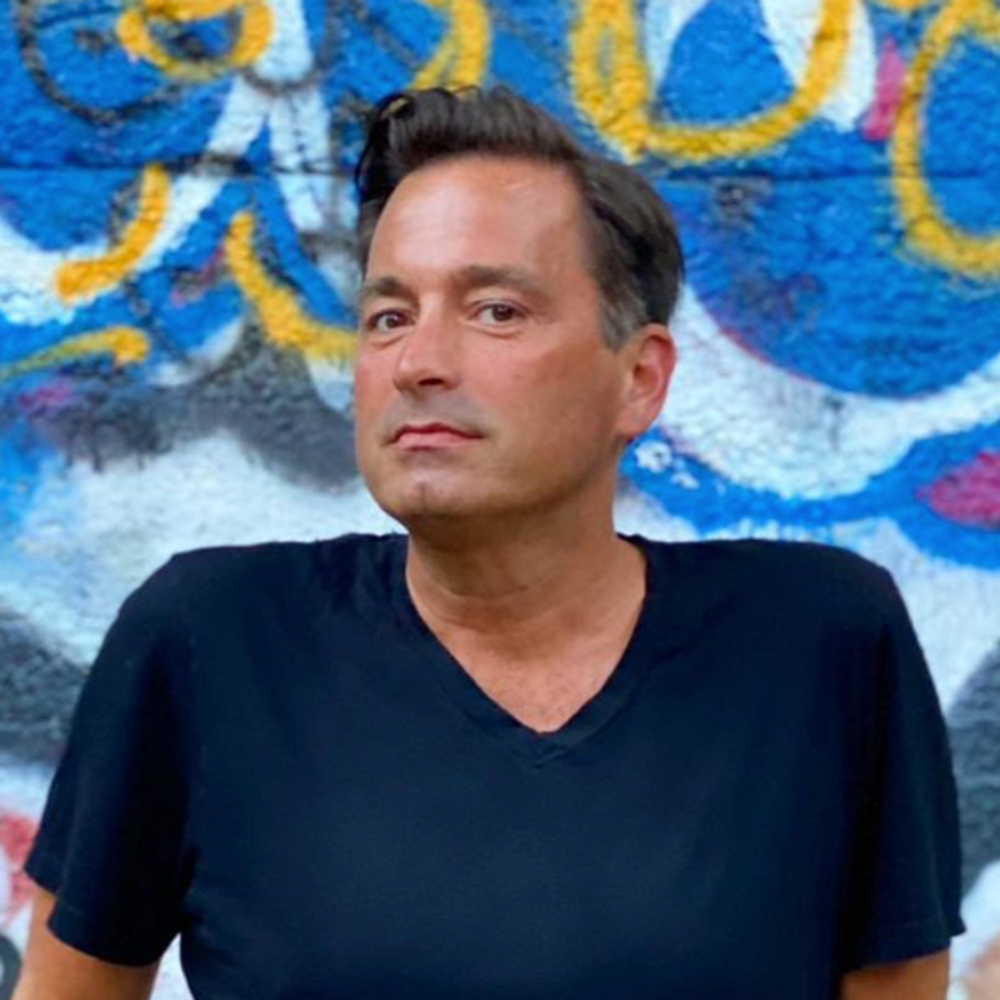 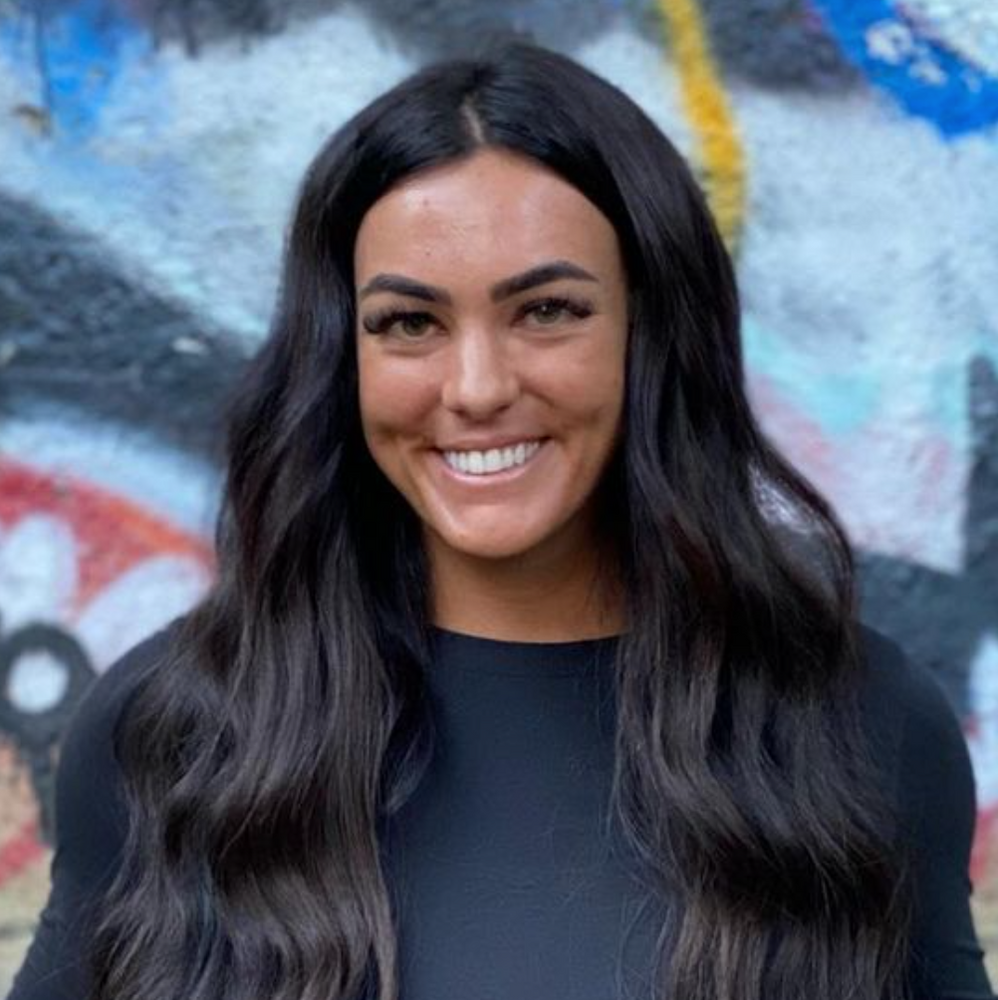 + What does the market research tells you of appetite of such studio in Lawrenceville? How many customers you had in last studio prior covid? When are you planning to be profitable and sustainable? Thanks

Prime Location/Target Audience:Since 2015 median age of Lawrenceville, decreased to 37 y/o (target age range 26-40); a 10% population increase; and a 30% real estate price increase. Revenue: Projected median revenue p/month of $48,529 with max projected overhead expense of $23,368 p/month. Experience: 15 years fitness instructor/coaching experience; 7 years co-ownership and management of Steel Revolution Cycling Studio (with averaged 230+ individual monthly riders); 1 year virtual cycling instructor experience (with a grown audience of 600+ subscribers). Steel House Cycle Team: 9 individually contracted instructors verbally committed. To further answer your question, with a loyal following, the current lack of fitness in lawrenceville, and a holiday opening-date, we project a 4 month “break-even” point, being financially sustainable at the 6 month mark as a push. The majority of clientele are walkers within the Lawrenceville neighborhood but also past clientele following my instructors and I from our pre-covid studio!! Thanks so much for your inquiry! If you have any other questions I am more than happy to answer!