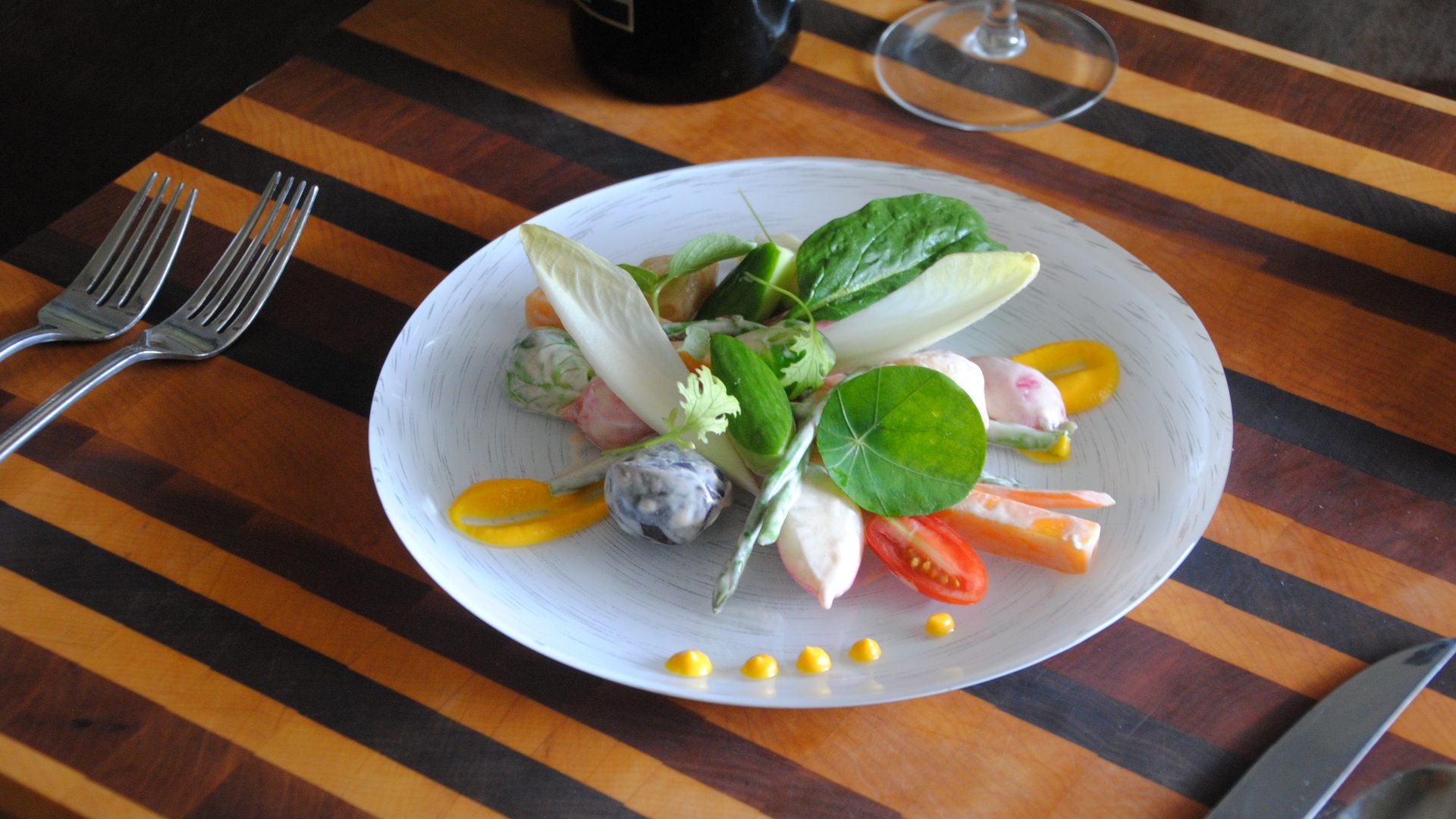 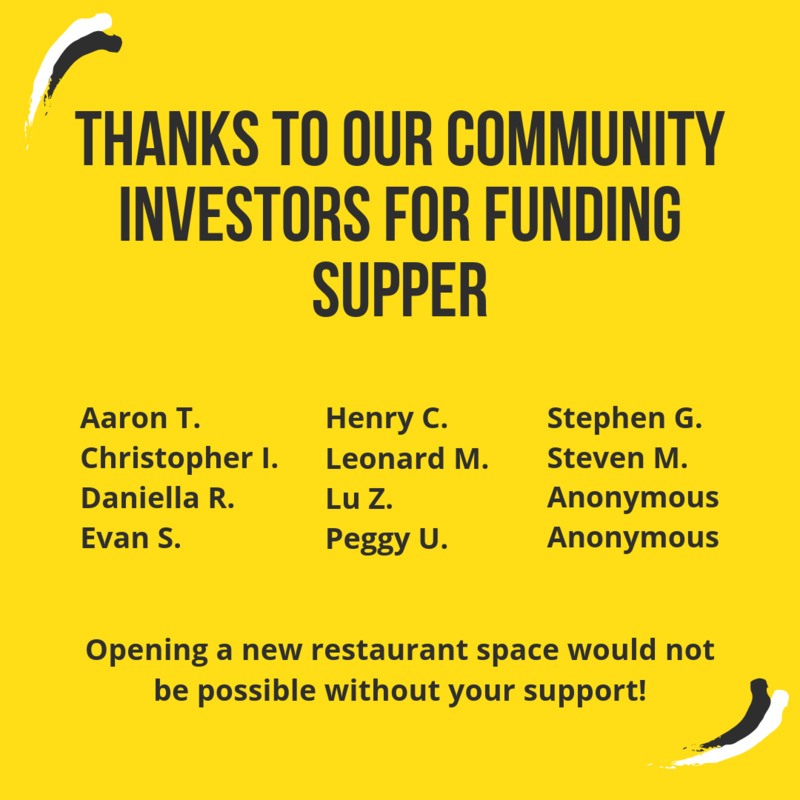 Supper is a fast-casual American Cuisine restaurant dedicated to making dishes that are 100% made on site. We have something for everyone, no matter if you are a carnivore, a vegan or anywhere in between! We have been operating in the Federal Galley since December of 2017 and are now looking to find a space of our own. We want to be able to slow down a bit and take the time on each dish that we originally set out to take. 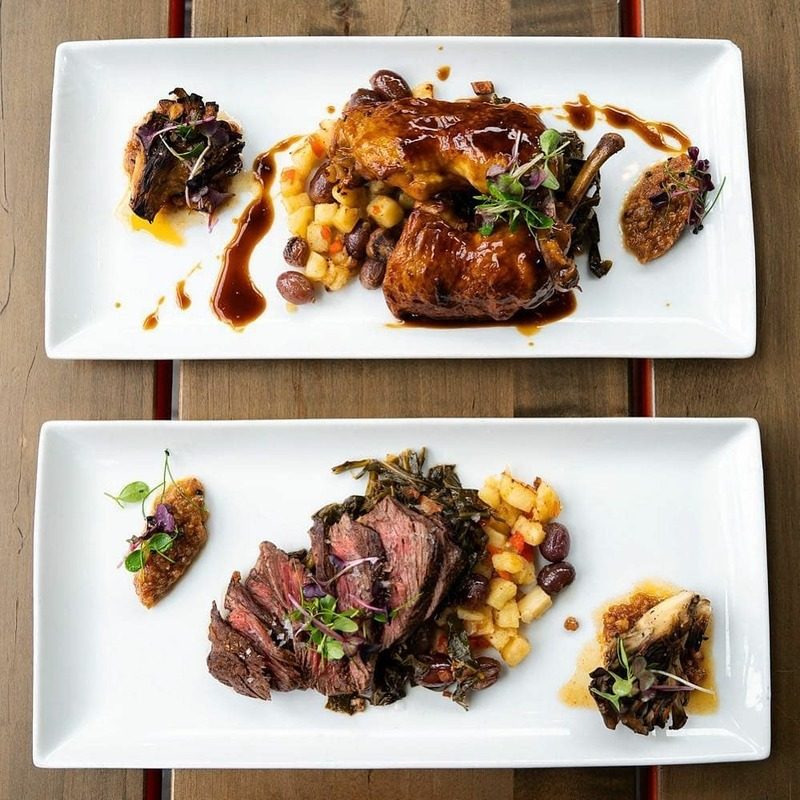 It has always been a dream of mine to run my own restaurant and Federal Galley was a wonderful way to get that dream off the ground. In operating within the fast casual food hall concept, Supper has been able to showcase some of the intended idea behind what it is supposed to be; however, due to the extreme high volume nature of the food hall itself, as well as a need to supplement the menu to fit into the surroundings and create a niche not occupied by any of the other venues, it has been necessary to evolve into something different and somewhat less refined than what was originally intended. Over the course of the next five years, I plan to get back to my 'roots', and establish Supper as one of the premier dining locations within the city of Pittsburgh. 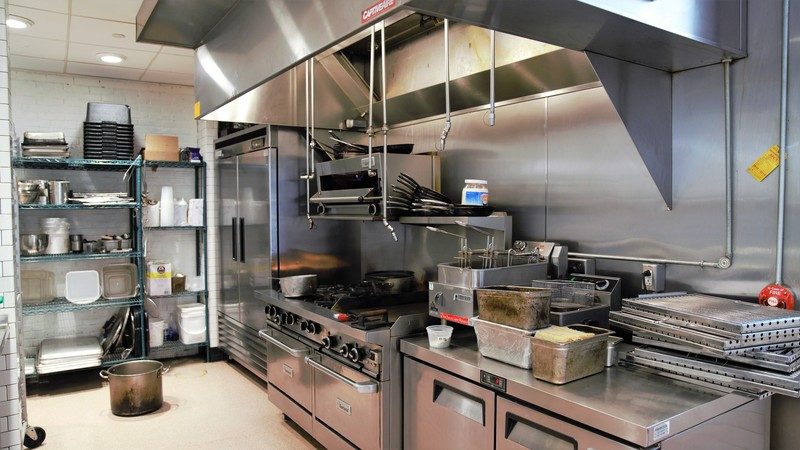 This new location will be be a New American, casual, full-serevice restaurant that will be an adaptation of the fast casual "Supper" that is currently featured in Federal Galley. Menu items will draw from regional American Cusine, with a slight accentuation on southern fare. There will also be foreign influences as part of what defines "American Cuisine" is the adaptation and adoption of cooking methods and ingredients from immigrants from various parts of the world. We will also be serving draft beer and prohibition-style classic cocktails.

The most critical item I am raising funds for will be to purchase a 6-burner range unit with a 24" griddle, double convection oven and a salamander (miniature broiler). Without it, there are no ovens in the kitchen, which are essential for bread and dessert production. Also the burners themselves are necessary for both the preparation and execution of most of the dishes that will be on the menu. 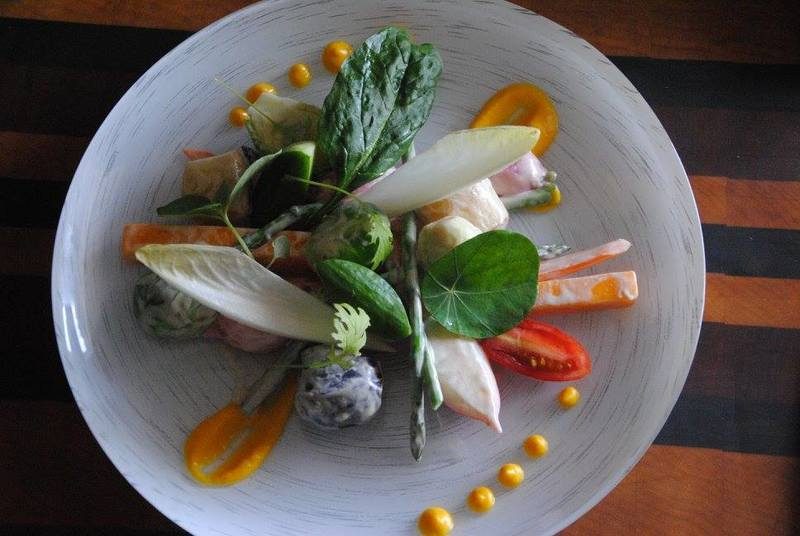 After the range unit is purchased, I will need to secure a TOAST point of sale system, two stainless steal prep tables, a two bay prep sink and a hand sink. This particular point of sale system also serves to manage the ticket system from the dining room into the kitchen as opposed to using the traditional, hand written checks. This will significantly streamline the flow of service, increasing throughput and table turnover throughout the course of the day. It also can run payroll along with several other useful things. The rest of the items are various pieces of equipment that the new kitchen will need to be equipped with before we are able to produce everything 100% in house, which is the entire point!

The funds raised in this campaign are to be paired with a $260,000 Small Business Association loan through Huntington Bank. Proceeds from the SBA loan are to secure and furbish the restaurant and kitchen space in the Pittsburgh area.

Supper got its launch during the inaugural class of the Federal Galley, which is a restaurant accelerator located in Pittsburgh, PA. It is a food hall that provides a location for budding restauranteurs to showcase their skills and develop a concept into a restaurant. It is our mission to create 100% of the food we serve on site with the freshest ingredients we can possibly get our hands on. 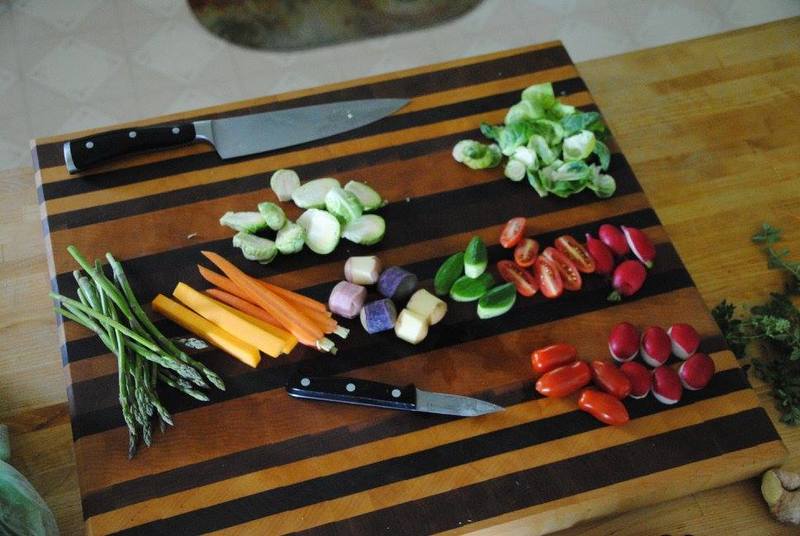 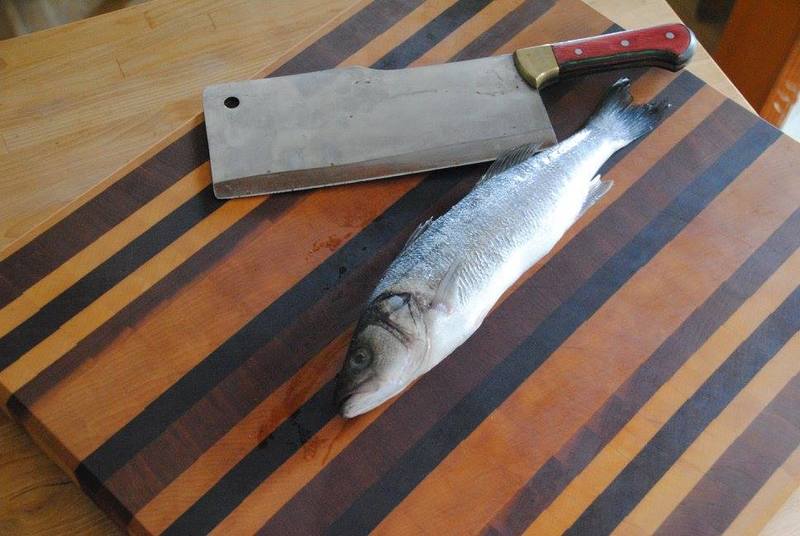 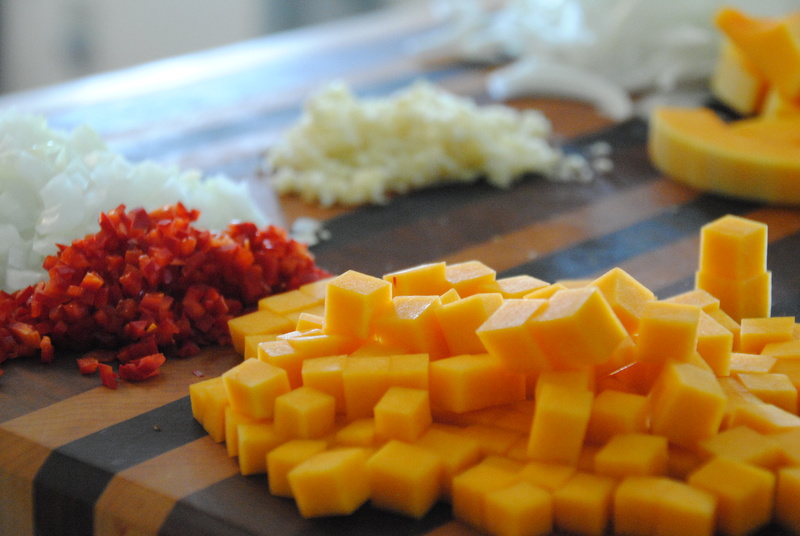 As a chef, I find American Cuisine to be one of the most enriching and fun cuisines to work with because the term "melting pot" isn't just a name for show. Centuries of immigration has built a series of flavor profiles, cooking techniques and styles that just can't be found anywhere else in the world. This gives me a virtually unlimited palette to work with, why would I ever want to use something someone else has prepared? From fresh baked bread to newly ground sausage, we prepare it our way with our own eclectic spin.

We are are so lucky to have this wonderful diversity all around us, but one thing that always stays constant is the concept of 'supper'. Supper can mean many things and many cultures have a different way of going about it, but a light, informal meal taken after mid-day is a staple around the globe. We can all agree on supper! 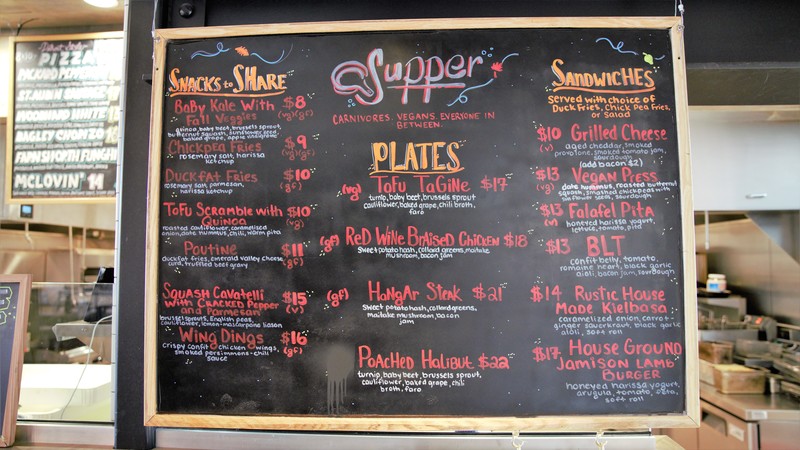 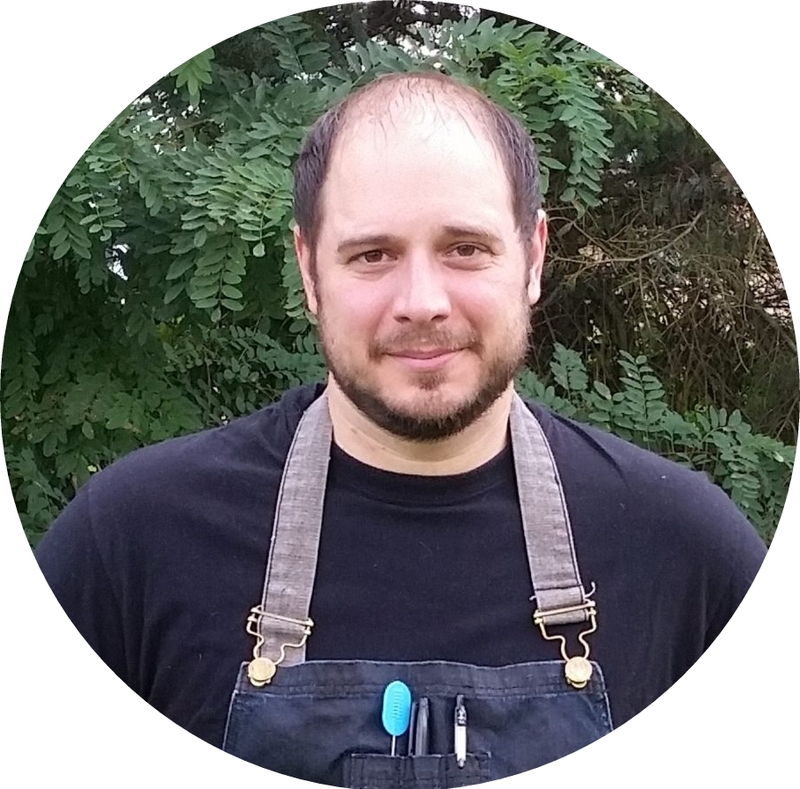 I am Vincent Perri. My first job at age 15 was washing dishes and bussing tables at the Serbian-American cultural center in my home town of Weirton, WV. After graduating high school, I briefly attended West Virginia University as an economics major until I realized that working in restaurants was my true passion. I moved to Pittsburgh, and got a job cooking at the newly opening Rivers Casino while I attended the Pennsylvania Culinary Institute and earned a degree from Le Cordon Bleu. After graduating from culinary school, I moved to Miami, FL to work under Chef Daniel Boulud at DB Bistro Moderne for two years where I advanced to chef de partie. After getting married, and having my first son, I moved back to Weirton, WV and have been commuting to the Pittsburgh area. My first employment after moving home was with Millcraft Hospitality, where I worked as executive sous chef at Jacksons Restaurant in Southpointe, PA. Millcraft then promoted me to executive chef of the newly opening Revel and Roost where I designed the menu concepts. It was after leaving Millcraft that I was given the opportunity to join Federal Galley with my concept “Supper”. 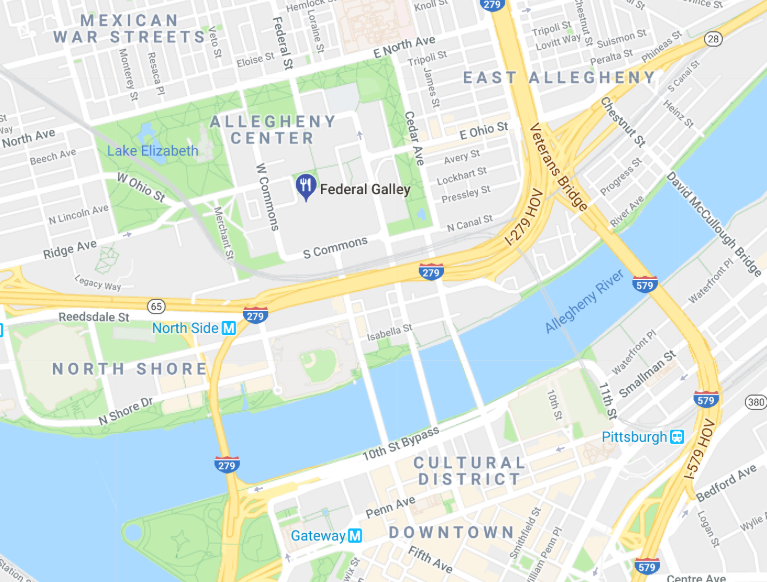 Supper is currently located at 200 Children's Way. Come visit us and the rest of the wonderful restaurants in the Federal Galley. Our new location is not currently set in stone, but stay tuned for the next announcement!

In addition to meeting its minimum funding goal by the campaign end date, this offering is contingent on the approval of Supper's $260,000 SBA loan with Huntington Bank (or other funding with similar terms). If Supper fails to meet their minimum funding goal or is not approved for the $260,000 SBA loan, the Note will be cancelled and your investment will be returned to you.

If you choose to invest, you will make a one-time investment via ACH that will be transferred to a secure escrow account. If the campaign successfully reaches its target, the funds will be distributed to Supper.

*Individual payments may vary slightly based on rounding. Potential repayments include principal and interest, they do not include the one-time fee which is assessed when you make your investment. Supper will have 6 months of interest-only payments as they settle into their new space followed by a fully amortizing 60 month period where principal and interest are paid down starting with the 7th payment. There are no prepayment penalties and Supper may pay down their loan early which may impact your earnings potential. Please note, returns are not guaranteed and investors could lose some or all of their investment.

When Supper pays as agreed, you will receive quarterly payments directly into your bank account. In the event of a default, you will be contacted by the Administrative Agent to manage the collections process on investors' behalf.

Honeycomb charges Supper a $250 posting fee and a 7.0% - 8.0% loan origination fee if this campaign is successfully funded based on the amount funded.